Abi Franklin (played by Sally Carman) was devastated when she was rushed to the hospital and missed the opportunity to say goodbye to her twins on Coronation Street. Despite her turbulent relationship with her son, Seb Franklin (Harry Visinoni) told his mum he didn’t blame her and finally understood her decision to give up his siblings. The stress of missing out on a goodbye proved too much for Abi as she was caught stealing morphine, however, could Jack Webster (Kyran Bowes) get caught in the crossfire if Abi attempts to keep her drug problem secret from Kevin Webster (Michael Le Vell).?

In tonight’s instalment, Abi suffered a tragic injury when heavy machinery fell on her at the garage.

The mechanic underwent emergency surgery and when she awoke, Seb assured her she had made the right decision giving away the twins.

“I was wrong, you know?” Seb said. “I always thought you gave up the twins because you wanted an easy life, you just didn’t care enough to put in the graft.”

“It was never that,” Abi remarked and Seb continued: “That’s what I’m saying, I get it now. 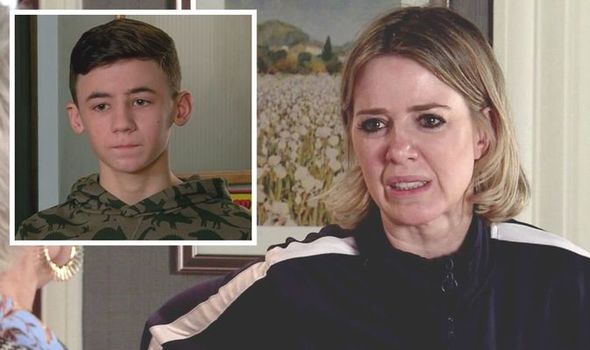