Yasmeen Nazir (played by Shelley King) spoke out about the months of harrowing abuse she has been suffering under the hand of Geoff Metcalfe (Ian Bartholomew) this week after weeks of Sally Metcalfe (Sally Dynevor) suspecting something wasn’t right. However, in upcoming scenes Coronation Street bosses have hinted that there could finally be a breakthrough with Yasmeen’s case after she attacked Geoff in self-defence a couple of months ago.

Yasmeen lashed out at her husband after years of worsening abuse a couple of months ago and stabbed him in the neck with a broken wine bottle.

In distressing scenes, Geoff was seen goading Yasmeen once again, telling her he wished she was curvy like the prostitutes he had been seeing and telling her she was always an embarrassment in front of their friends.

However, as he got into her face and started waving a knife, Yasmeen snapped and stabbed him with a broken bottle, calling the police and telling them she had killed her husband

Geoff was fine except for a scar on his neck, and ever since he has been trying to turn Weatherfield against her, but the tide is starting to turn. 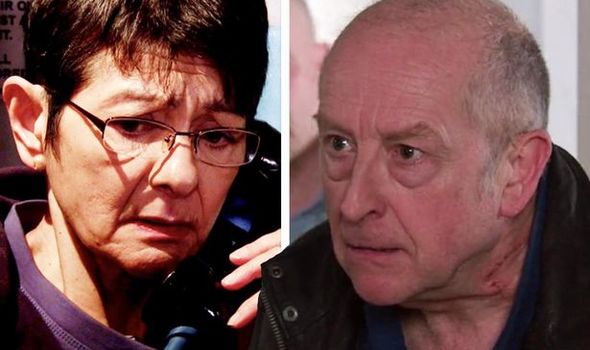 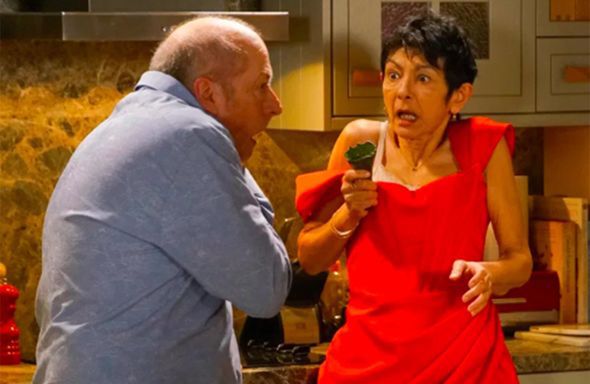 Alya Nazir (Sair Khan) was the first to confront Geoff as he lay in a hospital bed, and Sally was there listening.

Ever since the seed of doubt was planted, Sally has been trying to get to the bottom of what really happened.

This week, however, Sally came face-to-face with the bully himself after Geoff found out she had betrayed his trust and gone behind his back to see Yasmeen.

Sally finally saw what Yasmeen had had to put up with, but in upcoming scenes, Geoff could be about to make his final mistake and be forced to face justice once and for all. 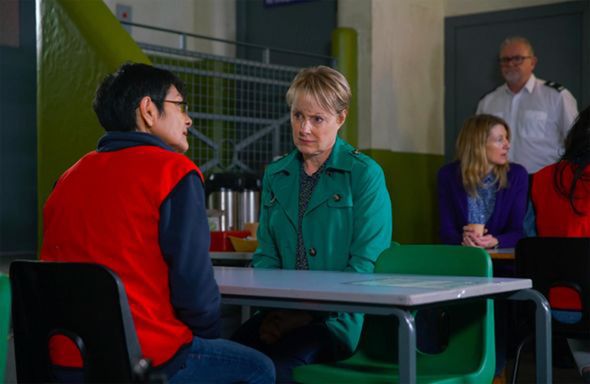 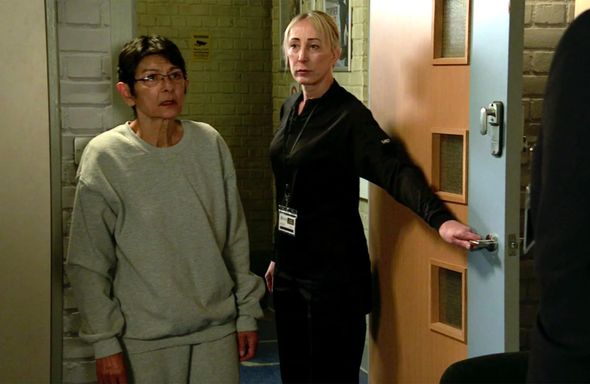 Despite the show having to halt filming back in March when the UK was thrown into lockdown, Coronation Street went back to filming a couple of weeks ago.

Despite strict social distancing rules being in place, the writers have now revealed that they are ready for all eventualities, even if that means quickly building a courtroom.

Could this mean that Geoff is going to make one mistake too many and expose his wicked ways?

Coronation Street boss Iain McLeod explained: “What’s fantastic is obviously we have our own craft shops and our own design department and things.

“So if there is something that we might have done, off-site where we had to find a location, we can just build it.

“If we do, then we can just build one and use that.”

He added that they are now learning how to utilise the street more than they ever have before, but also learning just how to stretch the dialogue and make it even more powerful.

Could Geoff be caught boasting to a stranger about what he is getting away with, in a bid to get literally anyone to validate and believe him for a minute?

Yasmeen could finally confess all, leading Geoff to go off the rails hurting someone he never thought he would and thus exposing himself.

He could lash out at Alya, which he’s wanted to do anyway, and be caught by Sally.

All viewers really want to know is when Yasmeen will be set free, as well as when exactly Geoff will be put away for good.

It seems it could be sooner than viewers might think.