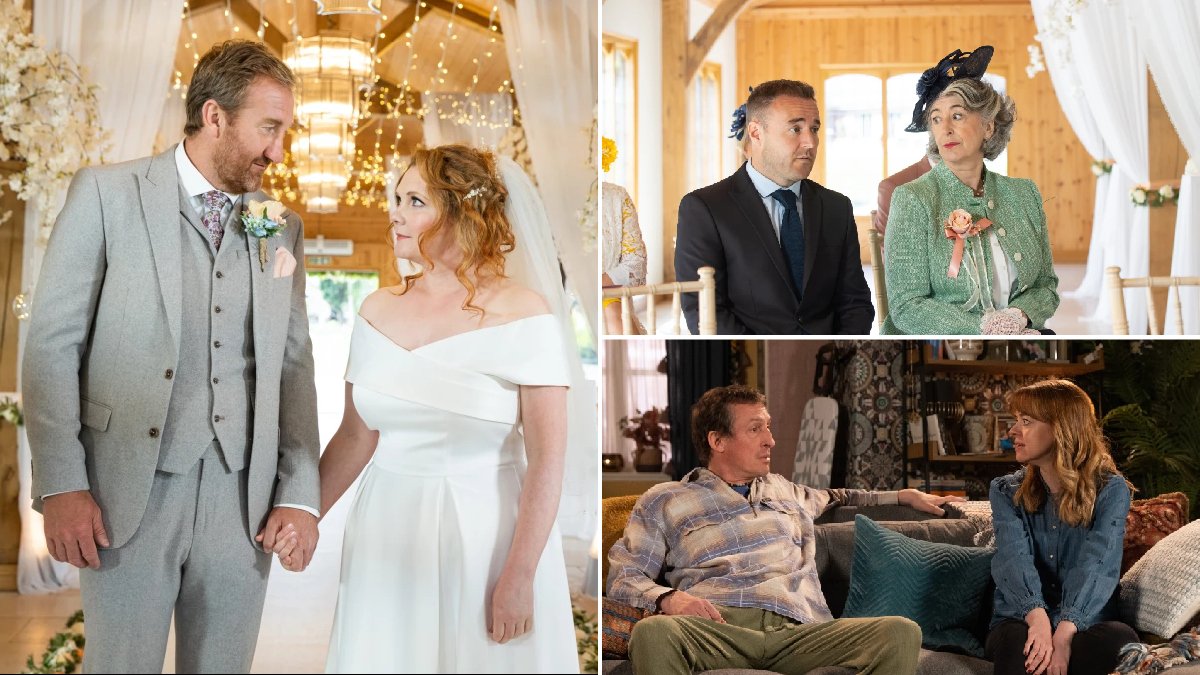 There’s nothing we love more than a soap wedding, and Coronation Street is lining up one of the most anticipated in quite some time, as Fiz Stape (Jennie McAlpine) and Phill Whittaker (Jamie Kenna) prepare to tie the knot.

Things take a turn, however, when Phill’s ex-wife Camilla (Louise Marwood) arrives on the cobbles!

Tyrone Dobbs (Alan Halsall), meanwhile, does have feelings for Fiz and, spurred in by Kevin Webster (Michael Le Vell), he decides to tell her how he feels before it is too late.

On the day of the ceremony, Fiz and Phill are shocked to learn the registrar has been cancelled! The bride and groom-to-be, however, soon get things back on track.

Tyrone presents Fiz with a pair of Vera Duckworth’s (Liz Dawn) vintage earrings and with the wedding about to start, he and Evelyn Plummer (Maureen Lipman) take their seats, watching as the couple prepare to take their vows.

Will it all go to plan?

Elsewhere on the street, Spider Nugent (Martin Hancock) tells Toyah Battersby (Georgia Taylor) that he and his fellow activists are planning to occupy the disused Nuttall’s Brewery building as a base for an upcoming protest.

Toyah is keen to get involved. Spider, however, is wary of her risking arrest while out on bail, but Toyah hatches a plan to take part, all the while staying out of trouble.

It’s all kicking off on the cobbles next week, and here’s your first look at the upcoming drama.