Tom Heap created a divide among BBC One viewers on Sunday evening during his stint on Countryfile. Delving into the details of human impact on wildlife in the countryside, Tom discussed whether the “budding environmentalists” in the classroom were prepared to take on its challenges given the current curriculum. After suggesting environment-focused lessons should therefore make their way into school, it’s fair to say not everyone at home was impressed.

Introducing Tom, co-host Charlotte began: “Is it time to shake up the school system and put the environment at the heart of what children learn? Well, that’s what Tom’s been finding out.”

Tom started his segment by referencing a report from Professor Sir Partha Dasgupta which emphasised the supposed need for natural history to be taught to children everywhere.

The Countryfile host then interviewed a number of students about their experiences in the classroom and if they’ve felt a void of knowledge regarding the subject.

But viewers at home were quick to voice their opinions on the suggested changes to the school curriculum, branding it “woke” and citing other subjects which may hold more importance. 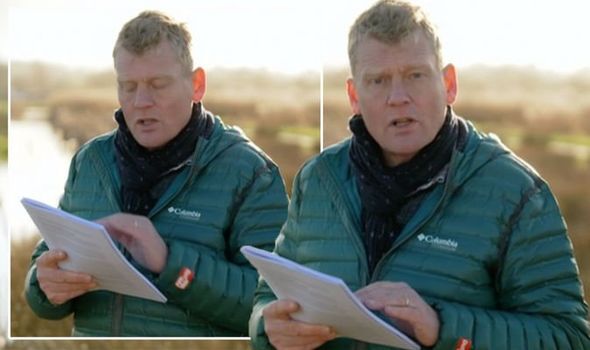 “I’m so glad I grew up before all the virtue signalling woke b*****s happened #countryfile,” one frustrated viewer said on Twitter.

A second fumed: “@BBCCountryfile Countryfile has become yet another BBC Leftist propaganda programme.

“Not worth watching anymore as the real country issues have been lost to the wokes. Defund the BBC.”

A third suggested: “Surely it’s better to get the basic through school science and geography and let the ‘Natural history’ be specialised at college/university?! #countryfile.”

Another added to the discussion: “#countryfile was the @UKLabour broadcast last week. Today it’s the Green Party @BBCCountryfile I s**t you not..#defundtheBBC.”

While a fifth firmly put: “BBC off on their green soapbox again #countryfile.”

During Tom’s segment, the Countryfile took aim at the lack of natural history materials available to secondary school students.

After admitting primary school students were taught about the natural world, Tom said: “The Government’s guidance for schools suggest that the emphasis there is on classroom learning, rather than bringing kids face to face with nature.”

Tom then revealed that only two out of the 113 specifications in the curriculum for GCSE Biology requires students to observe wildlife in person.

The Countryfile star spoke with Mary Caldwell about the desire to have natural history bumped up to a priority for students in the classroom.

“We are doing real damage to this planet,” Mary said. “And we need to know what lives around us (and) what we live alongside if we’re going to save it.”