This Morning: Adam Henson admits to 'emotions' in farming

Speaking to Philip Schofield and Holly Willoughby as he appeared via video link on their ITV show This Morning, Adam admitted he does get emotional by the thought that some of his animals will be eaten. The BBC’s Countryfile farmer appeared on the show to discuss his new children’s book, A Year on Adam’s Farm.

Phillip asked: “Should there be a sticker on here that says ‘not suitable for vegetarians’?”

“Absolutely not,” replied Adam. “I think, you know, I don’t mind what people eat, if they want to be vegetarians or vegans – my daughter and my partner, they’re both vegetarians – my son and I are big meat eaters, and we just have grown up conversations about it.

“I’m really proud of the product that we produce, and it doesn’t come without emotion and I know some of the lambs here will be eaten.

“But as farmers we are here to produce the best food that we possibly can and, you know, I think in the UK our legislation and the willingness of the farmer – you know – we do that.” 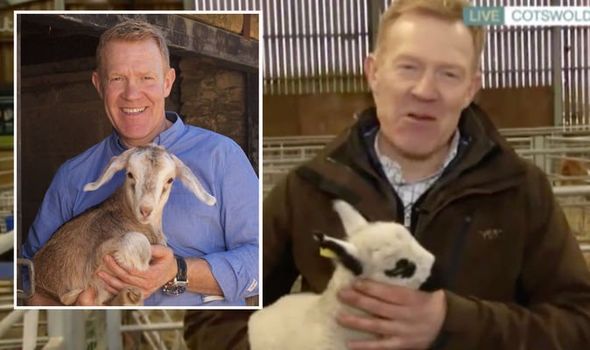 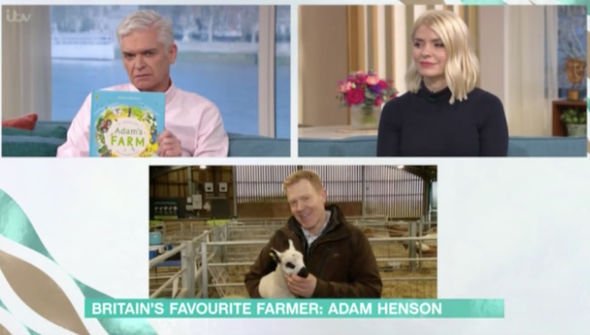 Holly, staring at the tiny lamb on the camera, said: “I want to cuddle that lamb so badly right now.”

Adam first appeared on TV screens back in 2001, when he was successful in landing a spot on Countryfile, a weekly show exploring rural, agricultural and environmental issues in the UK.

Adam, 55, is a regular favourite, and has showcased some wholesome and, at times, hard-hitting farming realities. 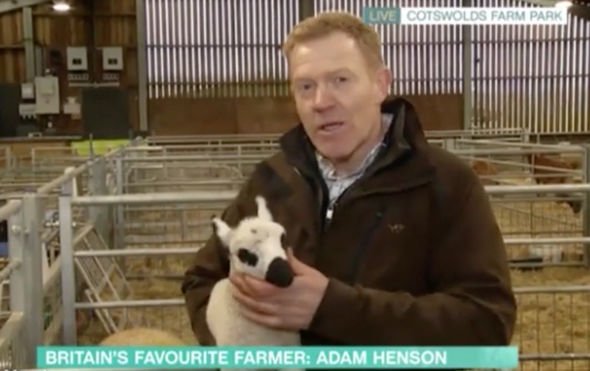 He took to Twitter to let his 60,200 followers know that both the calf and mother are doing well.

He wrote: “Some of you may have seen on my Instagram stories that this White Park cow had a very difficult birth over the weekend.

“I called Abbey Green Vets at around 2:30am, they were fantastic and managed to save the calf.”

“Cow and calf are both doing really well and here they are today!”

The Cotswolds-based presenter has published five previous books about faming and agricultural life, including ‘A Farmer and his Dog’.

He has now written a children’s book, detailing a fascinating journey around his farm, complete with more than 40 flaps for youngsters to interact with.

The book explains where food comes from as well as facts about both the animals and farms themselves.

But Philip’s question has confirmed there is no need to worry if readers don’t eat meat, with children following any kind of diet seemingly able to enjoy the non-fiction, informative story.

As well as Countryfile, Adam had worked on programmes such as Countryfile Summer Diaries and Inside Out, as well as BBC Radio 4’s On Your Farm and Farming Today.

He was also the co-presenter alongside Kate Humble of Lambing Live.

Countryfile continues Sundays on BBC One.