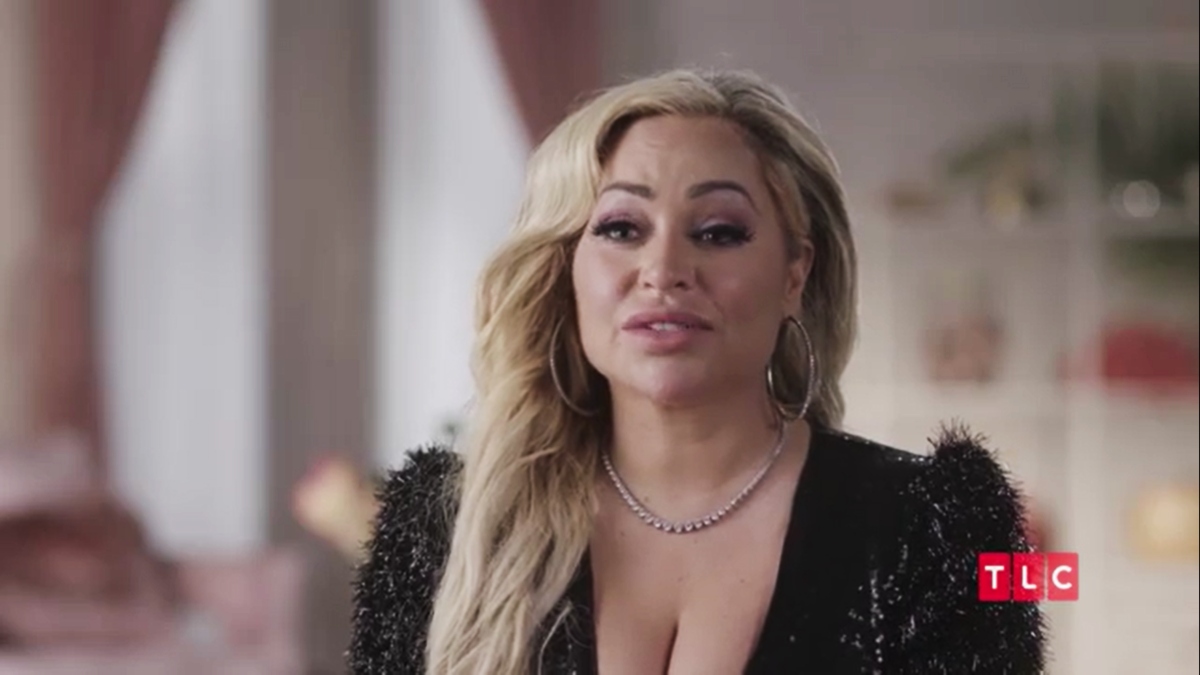 Stacey Silva is finally getting to bring her fiance Florian Sukaj to America, but there’s one big problem. Her father has forbidden the Silva twins from moving men into their shared house.

It turns out that Darcey and Stacey Silva’s dad, who is featured on the premiere season of the twins’ 90 Day Fiance spin-off, is the owner of the condo that these two share.

And despite the women being in their mid-forties, he has laid down the law and insisted that neither of the sisters move a man in the house or even allow a man to spend the night.

So after Stacey Silva picked Florian Sukaj up from the airport, she surprised him with a short-tern AirBnB rental that the two will call home at least while they are filming for Darcey & Stacey.

In the latest Darcey & Stacey sneak peek, Stacey and Florian are heading to their new spot and she even teases that she hopes it’s nice.

But when they pull up in front, Florian is anything but impressed, mentioning that it looks like a “salon” and not a home.

That seems to excite Stacey, because what would be better to have right there at your disposal than a salon? She most likely will be taking advantage of that.

And while Florian tries to claim that he is “grateful,” it’s pretty clear that he is not excited about living in the same building as a salon.

What did Stacey hit?

The apartment inspection was cut short as Stacey pulled into the property so they could get a closer look. But when she pulled into the parking lot, Stacey commented that she hit something and asked Florian to get out and see what it was.

It’s still not clear what she hit but it looks like the rear windshield wiper on Stacey’s car was damaged and Florian needed her to turn it off so that he could try to fix it.

That had Stacey stumped, though, because she didn’t know how to turn the wiper off. Tensions rose as Florian kept insisting that she turn it off and a frustrated Stacey couldn’t figure it out.

When Florian came up to the drivers’ side window and told Stacey to turn off the windshield wiper again, she lost her cool. Stacey started yelling at Florian and he yelled back, all outside of the AirBnB they were just getting ready to settle into. What a scene they made!

With an explosive argument like that, 90 Day Fiance fans will be questioning whether this relationship has lasting power or if Stacey and Florian will be calling it quits soon.

After all, one of the things we know Stacey will be dealing with on this season of Darcey & Stacey is Florian’s alleged infidelity. He was accused of hooking up with Belgian model Shanti Zohra and if the past is any indication of what’s to come, she will be speaking out.

Stacey and Florian have their work cut out for them as they start to plan the rest of their lives together. Tune in to #DarceyAndStacey Sundays at 10/9c!