The Chase: Jenny says her minus offer wasn’t an ‘insult’

It’s been just over a year since Darragh Ennis was introduced as The Chase’s latest quiz expert, and he regularly appears on the popular show on weekday afternoons. Darragh made The Chase history by becoming the first former contestant to become a Chaser and has opened up about his experience in the hot seat and how he and the other Chasers brush up on their knowledge – but he failed to mention Shaun ‘The Dark Destroyer’ Wallace.

Darragh was unveiled as the new Chaser last year, with his official nickname being revealed as “The Menace” – a pun on his initials, D. Ennis.

When asked in a recent interview about how much work it takes to be a Chaser, Darragh explained something people often don’t realise “it is actually a job”.

He detailed the work that goes into the role, stating none of the Chasers “wing it”.

Darragh said: “I would probably say I do the least extra work out of all of them because there’s just not enough time. 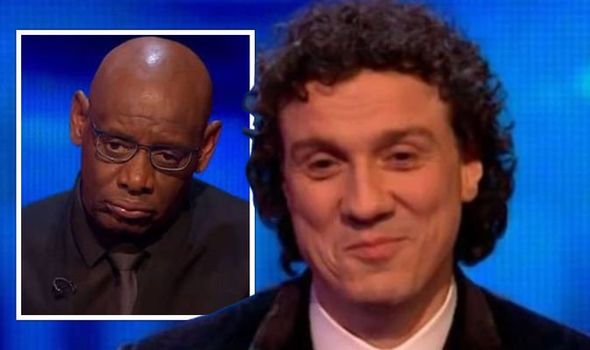 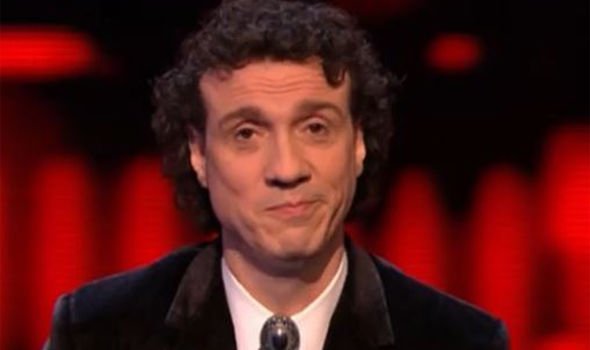 “I know definitely that Paul does tonnes, Jenny does tonnes, Ann has always done tonnes – she loves that kind of thing.

He noted the hard work of his co-stars Anne Hegerty, Paul Sinha, Jenny Ryan and Mark Labbett who are all also Chasers on the popular quiz show. 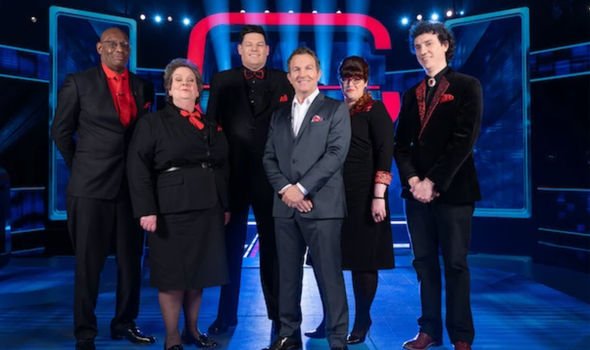 However, one star who was left off the list was Shaun who also appears on the spin-off ITV quiz Beat the Chasers.

It comes after recent data from One Question Shootout may suggest Shaun is the weakest Chaser.

The findings revealed, in over 350 episodes, Anne has snuck into the top spot with a very impressive 82.4 percent win percentage.

Close behind in second place is Paul Sinha aka The Sinnerman with another amazing win percentage of 82.3 percent.

Mark Labbett sits in the middle of the leaderboard and is closely followed by Jenny Ryan, aka The Vixen.

While all five Chasers have close win ratios there has to be someone in last place and sadly it is Shaun with an average of 75.1 percent.

The Dark Destroyer has an impressive 100 percent record in 12 shows, but unfortunately once got over half his questions wrong.

Shockingly, Shaun was also once beaten by a team in season six who only achieved a score of 14 in the Final Chase.

As a result, there have been calls from The Chase fans for Shaun to quit the show.

The Chase airs weekdays at 5pm on ITV.