Whether in comedies like “Only Murders in the Building” or dramas like “On the Come Up,” the ubiquitous actor refuses to be pigeonholed. 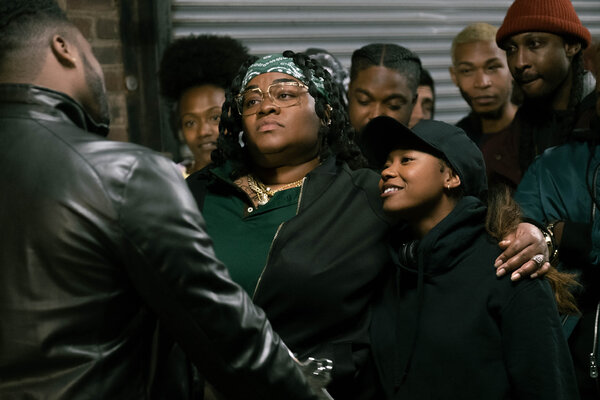 Please forgive Da’Vine Joy Randolph if she needs to stifle the occasional yawn. When she hopped on a video interview in late September, the omnipresent, extremely busy and still slightly jet-lagged actress had only just returned from Colombia, where she was filming “Shadow Force,” an action movie for the director Joe Carnahan.

Despite the exotic locale and a fulfilling work experience, the otherwise upbeat Randolph emphasized that she was happy to be back on her home turf in Los Angeles. “Even on a vacation,” she said, “after the two-week mark, no matter how amazing the vacation is, you’re like, I’m ready.”

Randolph, 36, has been on a relentless professional pace for more than a decade now, playing a range of memorable roles in theater, film and television. She recently co-starred in the drama “On the Come Up,” the directorial debut of Sanaa Lathan, playing Pooh, the supportive but no-nonsense aunt of an aspiring teenage rapper (Jamila C. Gray).

Yet Randolph is probably better known for her work in several comedies, including the Hulu series “Only Murders in the Building” and films like “Dolemite Is My Name.”

Why Randolph keeps turning up alongside the likes of Steve Martin, Eddie Murphy and Martin Short, she said, is anyone’s guess. “It’s actually quite a conundrum,” she said. “I think I have a good sense of humor, but I don’t consider myself funny.”

Whatever type of story she is telling, Randolph said, she often takes a similar approach to her roles: “I really just focus on their dedication — everyone wants something.”

She explained, “When people get into extreme situations or they want something bad enough, hilarity can ensue because the stakes are just that high. To the viewer, it can be comical. To me, I’m like in a Greek tragedy over here.”