Death in Paradise has seen a number of characters come and go over its nine seasons on the BBC. This includes DS Florence Cassell (played by Joséphine Jobert) who left in season eight of the long-running drama. However, some are hopeful the beloved character could actually make a return – here’s what you need to know.

Will Florence Cassell return in Death in Paradise season 10?

Fans were devastated when Joséphine Jobert left her role as DS Florence Cassell back in season eight.

Viewers will remember how her exit was part of a tense double bill when as it seemed she might have been killed off.

While it was later revealed she was alive and her fiancé Patrice (Leemore Marrett Jr) had been murdered, it was the beginning of the end of the character.

She told DS Jack Mooney she had to leave Saint Marie behind as it was full of memories of her loss. 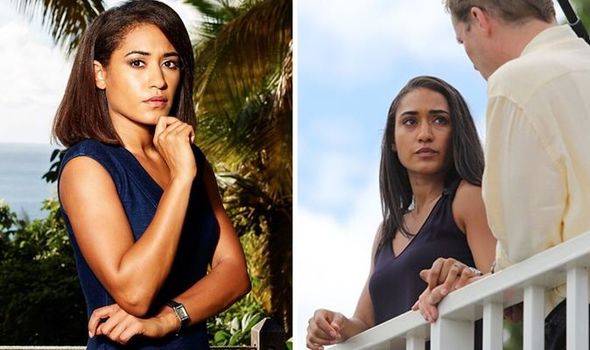 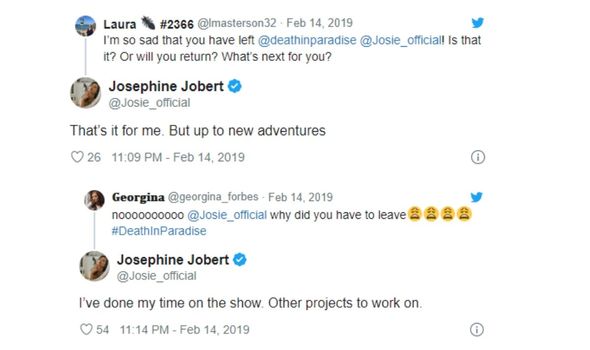 Florence told her boss: “Saint Marie’s a small island, and I don’t think there’s anywhere here that doesn’t have a memory of Patrice in it.”

She then revealed she was heading to the island of Martinque and onwards from there.

However, as her character wasn’t killed off, some viewers are hopeful she could return again to the show. 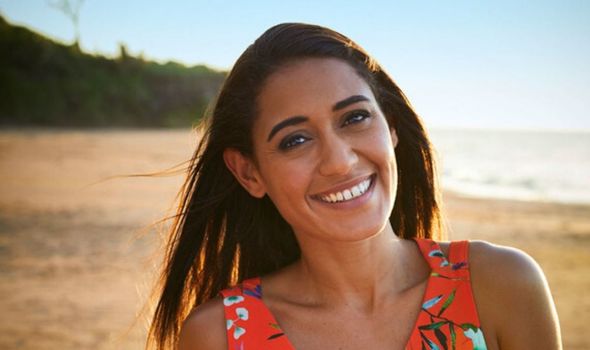 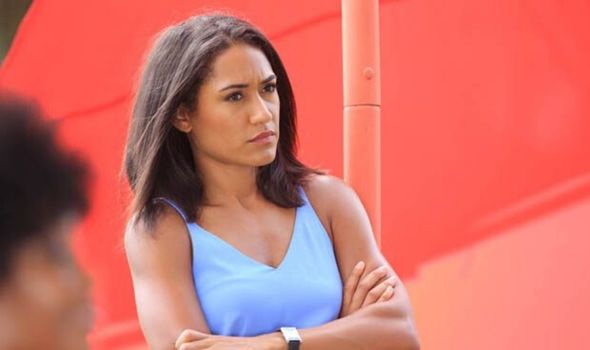 Replying to the post, Jobert commented: “Nice!! Dear, I wish I’d been there.”

However, she left the series in February 2019, she tweeted to fans the reason why and made it seem her exit was permanent.

She wrote: “I’ve done my time on the show. Other projects to work on.”

Then when she was asked by fans if she would ever return, she replied: “That’s it for me. But up to new adventures.”

She then revealed more in a special video posted on social media, thanking fans for their support.

She said: “Just a message to just say thank you and goodbye.

“For those who watched episode six you now know I’m leaving Death in Paradise.

“I quit the show for personal and professional reasons – nothing dramatic I swear!

“Everything is fine, it’s just that I’ve been working on Death in Paradise for five years… I loved every minute of it.

All this makes it seem like Florence will not be returning to the long-running series any time soon.

However, fans of the actor can also see her in a number of other projects including French series Le temps est assassin where she played Maria Chiara Baldi.

Her most recent television appearances include as Joy in Nina and as a passenger in Avenue 5.

Death in Paradise will be returning with a 10th series however, according to the BBC.

Filming was due to begin in April but was delayed due to the outbreak of coronavirus COVID-19.

However, it is set to begin again as soon as travel restrictions are lifted once more.