Death in Paradise: Humphrey says his 'perfect match is 'gone'

Humphrey (played by Kris Marshall) was the lead detective on Death in Paradise from 2014 to 2017 and he made his exit when he found himself drawn back to the city of London. Since then, he has had two predecessors and DI Neville Parker (Ralf Little) is the one currently manning the charge in Saint Marie. However, four years since he last appeared on the BBC show, the quirky character could be set to make a comeback to see how things have been since he left the team in the capable hands of DI Jack Mooney (Ardal O’Hanlon).

It’s not been confirmed if Humphrey will be the character returning but executive producer, Tim Key, has addressed some of the drama the team will face when the show returns next year.

Discussing the introduction of actress Shantol Jackson as Sergeant Naomi Thomas, he said: “We’re so excited to be back in Guadeloupe and calling ‘action’ on our 11th series.

“And also to welcome Shantol to the cast. She’s an amazing addition to the team and we can’t wait for the audience to meet Naomi.

“We also can’t wait to share some huge surprises we’ve got in store – after the success of our 10th anniversary.

“We’ve set the bar pretty high, so we’re pulling out all the stops to make this our best series yet,” the show boss added. 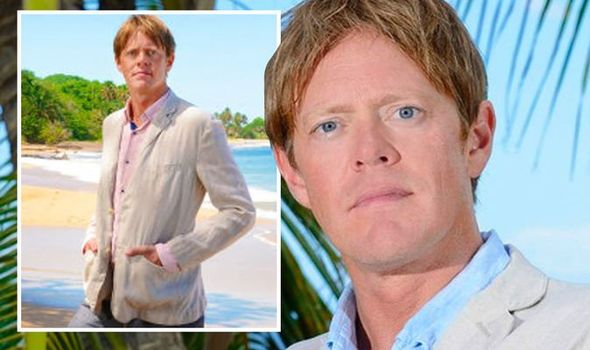 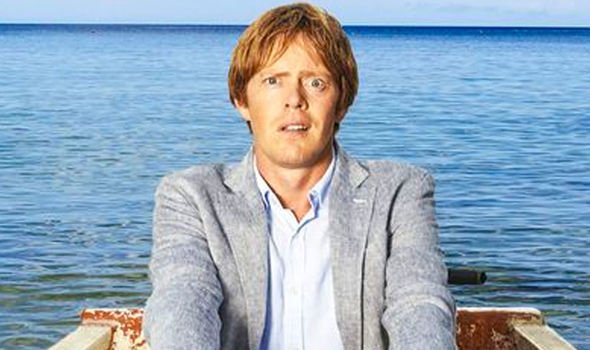 The blurb for the upcoming episodes expanded on Tim’s comments as the synopsis read: “Could the return of familiar faces to the island cause trouble in paradise?”

Humphrey could be a potential candidate as the first-ever detective to grace the shores of Saint Marie, DI Richard Poole (Ben Miller), made a return from beyond the grave in season 10.

This was to coincide with his partner in crime, Camille Bordey (Sara Martins) making a comeback to help with a case.

Another cast member who heard the islands of Guadeloupe calling out to her was Florence Cassell (Josephine Jobert), however, her stay has become a bit more permanent. 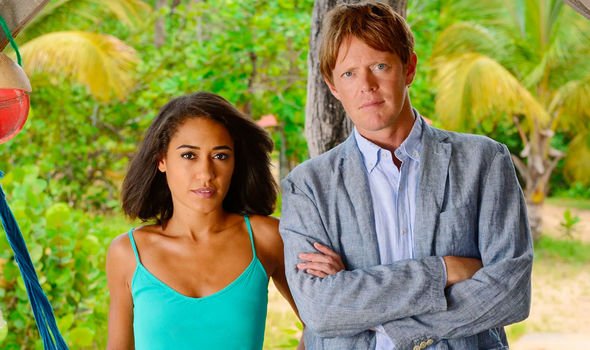 Florence and Humphrey worked together before he moved back to London and became quite close as they got to know each other outside of work.

In season 11, it has been teased that Neville will make his feelings for Florence known after they too built up a strong bond during season 10.

Just as he confesses his love, Humphrey could walk back into the picture and turn everything on its head between the pair.

This could leave a huge dilemma on Sergeant Cassell’s hands as she tries to make sense of who her heart is pining for. 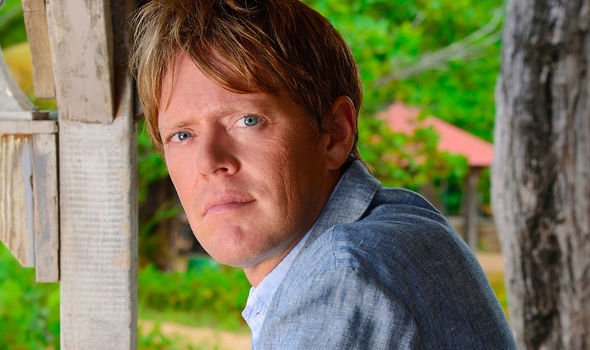 Executive producer Tim has previously spoken out about whether a return for Humphrey would ever be on the cards.

The show boss explained: “Never say never but – yeah, that’s all I’d say I’m trying to be all mysterious like it’s some big… I wouldn’t rule anything out.

“The joyous thing is that we do genuinely all stay in touch and I’m in touch with Kris quite often as well.

“And I think that because they’ve got such affection for the show we wouldn’t rule anything out if there was a good story to tell. Who knows,” he told Radio Times.

It seems fans would be quite keen for Humphrey to make a reappearance sometime in the future and they’ve taken to social media to share their thoughts.

One viewer wrote on Twitter: “I’m nearly finished with series 6 of #DeathInParadise. Humphrey’s not got many episodes left. Love him.”

Another posted: “Okay I admit, Neville’s grown on me! I still miss Humphrey though,” with a third commenting: “I loved #DeathInParadise and I absolutely love Camille, but the lack of Humphrey reference breaks me.”

“It will be wonderful if @deathinparadise could a special with Neville, Humphrey, Jack and somehow Poole solving a case together #DeathInParadise,” a fourth shared.

Death in Paradise is available to stream on BBC iPlayer.