The BBC are back filming season ten of Death in Paradise on the sunshine island of Saint Marie. DI Neville Parker (played by Ralf Little) is in charge of local police matters and helping him solve the latest murders will be DS Florence Cassell (Josephine Jobert). With the two working so closely, there have been strong hints a romance is on the cards. But fans of the comedy-drama have suggested someone will get in the way of true love blossoming.

The broadcaster announced what was in store for the 10th-anniversary series earlier this year.

They detailed the usual baffling murders, intriguing puzzles and a few famous guest stars popping up.

But there are also going to be some huge surprises – beginning with the return of Florence.

Florence thinks she’s ready to get back to work after her fiancé’s death two years ago – but she hadn’t banked on her new boss, Neville. 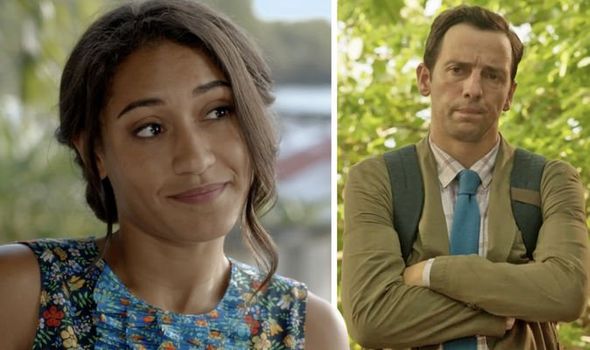 We will use your email address only for sending you newsletters. Please see our Privacy Notice for details of your data protection rights. Death in Paradise season 10: Neville Parker ‘sacked’ in Florence twist

As she tries to understand his peculiarities, sparks are bound to fly…

Meanwhile, Neville soon realises he is existing in the Caribbean, rather than embracing life there.

With Florence’s help, he determines to seize the day and finds himself starting to reveal some of his secrets – including those of a romantic nature.

But is Neville really built for a life in the tropics?  And is a romantic relationship ever going to be possible for him? 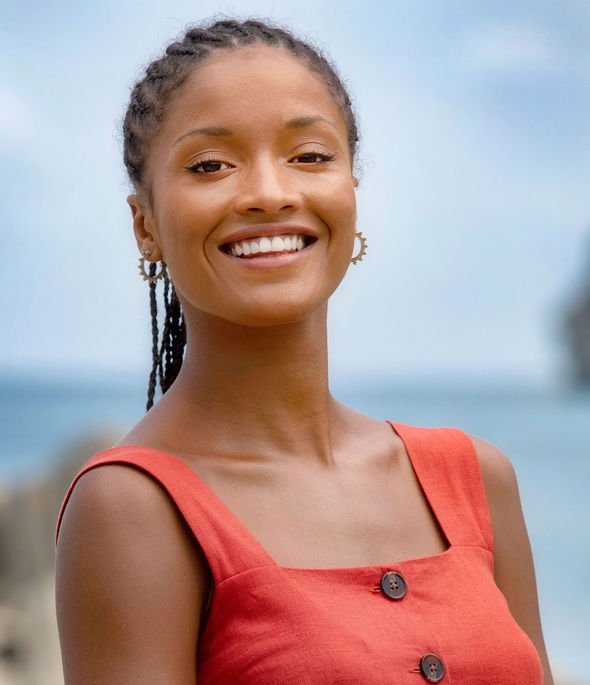 Fans have created a forum of theories they have conjured in relation to season ten spoilers.

“Neville and Florence will have a relationship. This is pretty much confirmed and I’m not sure how I feel about it,” one wrote.

Someone else added to this: “It does seem that way, but as it hasn’t been expressly stated, I am hoping someone else will be introduced for Neville.

“Honestly, I didn’t like Madeleine, but I think she and Neville make more sense as a pair than Neville and Florence.

“I haven’t seen Neville and Florence together yet, but I’m really sceptical that they will have any kind of chemistry,” the comment read.

With fans being sceptical towards a Neville and Florence romance, could Madeleine (Aude Legastelois-Bidé) have a dalliance with the new DI before she heads off?

Another fan added: “What I don’t understand is why Madeline is leaving?

“She’s only been in one full series with the last two episodes of series 8 added to her belt.

To find out details of coronavirus in your area, please fill in your postcode below.

“If she stayed for most of this series, maybe leave in episode 6 or 7?

“This way she can have more character development as she hasn’t had much since the last two episodes of Series 8,” the comment concluded.

It comes after the BBC announced the actress’s exit from the show.

“DS Madeleine Dumas will also be departing Saint Marie’s sunny shores and we would like to thank Aude Legastelois-Bidé for bringing Madeleine to life and wish them all the very best for the future,” the statement read.

Death in Paradise season one to nine is available to watch on the BBC iPlayer now.