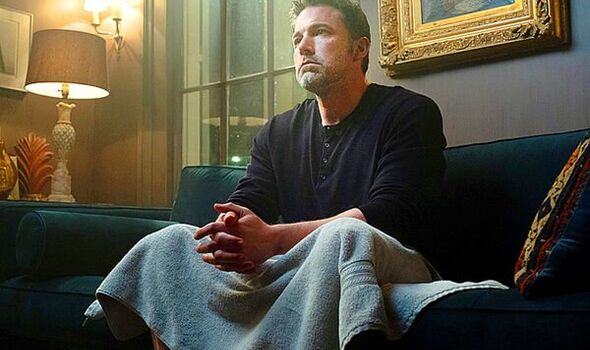 Vic has retired early after making a fortune from a computer chip that powers military drones.

He’s made a less successful deal with the free-spirited Melinda.

For providing him with an adorable daughter (a scenestealing Grace Jenkins), he permits her to have as many affairs as she pleases.And, it turns out, affairs please her very much.

An opening scene at a party establishes the rhythm of this strangely edited film.

Melinda is enthusiastically smooching a young buck by a swimming pool while a sad but possibly aroused Vic watches on.

One of Melinda’s previous “friends” has disappeared and, to scare off the new one, Vic tells him that he murdered him.

This causes a minor scandal among their loaded pals. Most put it down to dark humour but writer Don (Tracy Letts) suspects something is deeply wrong with Vic.

This suspicion is supposedly the engine of the suspense. But Affleck is a little too inscrutable.

As Melinda takes more lovers, Lyne keeps cutting between steamy shots of a naked Armas and close-ups of Affleck pulling that blank stare he invented during his stint as a depressed Batman.

Is he angry, excited or just bored? After an hour of this tepid and frustratingly shallow thriller, I didn’t care.