Michael C. Hall played the character, Dexter Morgan, for years. Not only did Hall portray America’s favorite serial killer on Dexter, but he also lent his voice to the character’s inner monologue. Hall does the voiceover for his character so that viewers can into the mind of a serial killer. 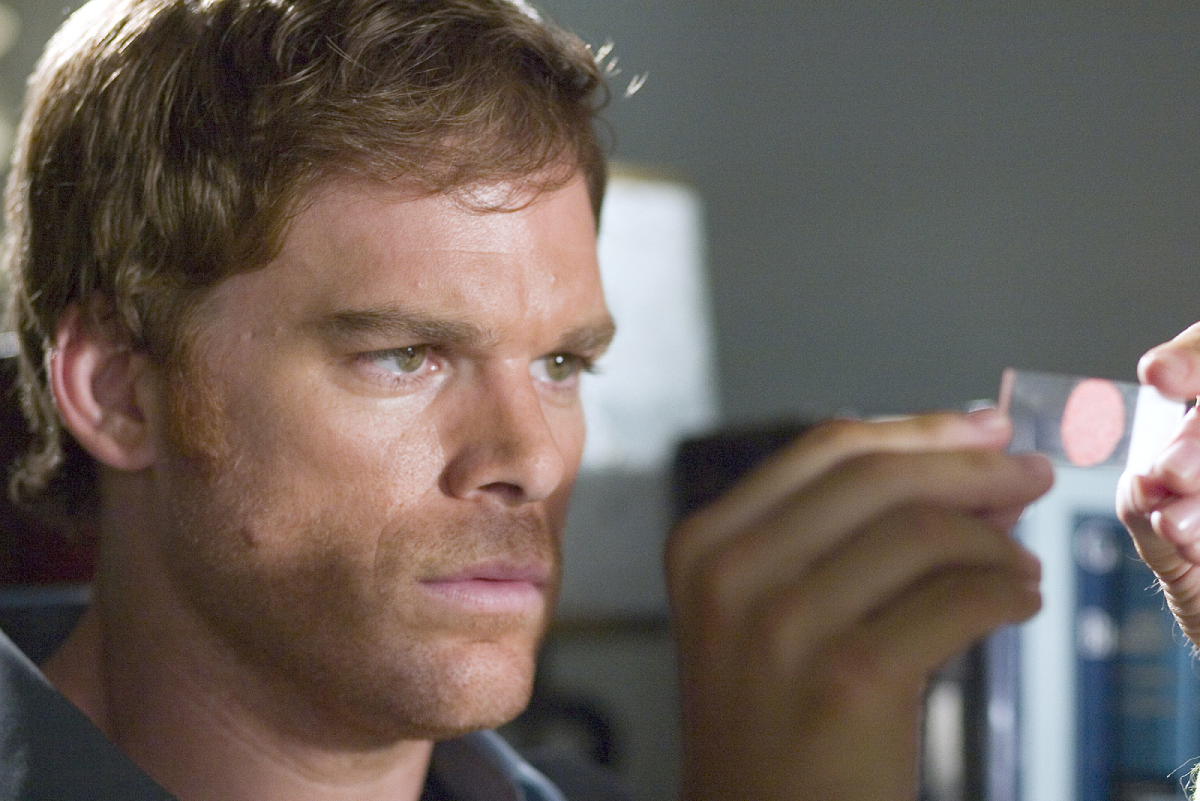 In the upcoming revival, Dexter: New Blood, Hall continues the voiceover work for his character. Filming scenes with lots of awkward pauses definitely gets complicated, but Hall has been able to tackle voiceover with impressive skill.

Dexter gets pretty dark at times, and surprisingly, it’s Hall’s voiceover that frequently breaks the tension. His character brings a sense of irony and humor to the series when people are privy to his inner thoughts. In the episode “Those Kinds of Things,” Dexter attends his high school reunion. While his former fellow students dance, he thinks, “I have no idea what hammer time is, or how it differs from regular time.”

“The voiceover thing invites people to laugh,” Hall once said on Conan. Of course, Hall clarified that Dexter is no stand-up comedian. Still, certain things that happen throughout the series are funny to the audience because they are privy to the fact that Dexter is actually a killer. A classic example is shown in the trailer for Dexter: New Blood when Dexter asserts that the sight of blood makes him woozy.

The voiceover also gives fans inside information about the show’s main character. It was a large reason that fans found his character so likable. “The voiceover was key from the beginning,” Hall said in the Dexter: New Blood Wrap-Up podcast. “I mean I think it’s key to why audiences identify with Dexter because they’re subjectively experiencing the show and experiencing the world. They’re in on his innermost thoughts, they’re in on the secrets.”

In some shows that implement voiceovers, someone will read the voiceover for the actor while they are shooting the scene. However, this is something that Hall has never needed. Instead, he implements a different method for getting through the long pauses in his scenes. “I will confess that there were times in the pilot where there’s some really long passages that I would memorize and literally think to myself,” Hall said on Dexter: New Blood Wrap-Up.

Other times the crew would film scenes of Hall without any particular dialogue attached to it. “There was one time where I had some voiceover that I recorded that accompanied a shot of me just sitting and looking out at the bay eating a sandwich,” Hall continued. “It seemed just as good and authentic as me memorizing everything and saying it to myself in my head.”

Hall implemented a few other tactics for the voiceover scenes. He would sometimes reduce longer dialogue to the “essential word or essential thought” and just repeat it over and over. In some scenes, Hall would just count in his head during the silence. “As long as you’re thinking something, people can project onto it whatever they might be thinking,” Hall said.

Dexter is getting a revival series that will take place 10 years after the events of the Dexter finale. One thing that won’t change in Dexter: New Blood is Hall’s voiceover. The trailer for the revival shows a glimpse of his continued inner monologue. “I might still be a monster, but I’m an evolving monster,” Dexter says.

Dexter: New Blood will premiere on Nov. 7 at 9 p.m. ET/PT on Showtime.