EastEnders fans have been thrown into speculation after the BBC One soap announced a newcomer would be stepping into Walford later this month. “No-nonsense” Ellie Nixon (played by Mica Paris) is set to arrive with a shock connection to the Trueman’s. Details as to who she really is have been kept tightly under wraps, but there has been many suggestions. Least of all, the majority of viewers think she is going to be connected to Denise Fox (Diane Parish) and Phil Mitchell’s (Steve McFadden) baby Ray.

Jon Sen and Kate Oats recently discussed the upcoming storylines and confirmed Ellie’s link to Denise and the Truemans.

“We’ve been desperate for a big story for the Truemans and we have got a great story for Denise – the news that went out about Mica Paris last week, so we all know she is coming to the Square and that is part of the Denise story,” Sen said.

“That really pushes Denise to the front of the show – those Trueman stories are going to really excite.

“If anybody who knows anything about her history will probably know where we’re going with that, the past comes back to haunt you,” he added. 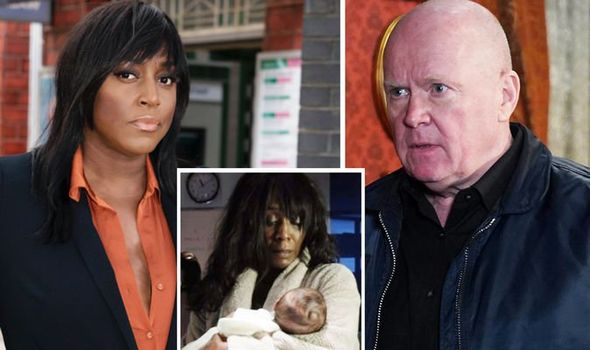 “Let me guess the pridictables she is Phil and denises kid rai’s adoptive mum and rai is sick and needs some kind of transplant,” someone offered.

“If it’s to do with Raymond, I actually wouldn’t mind,” another said. 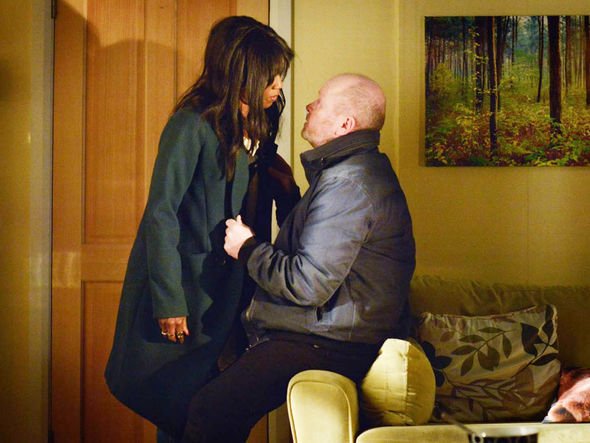 “Denise as a character excels as a mother, she was brought in to be a new matriarch and we’ve seen whether with biological or step children (Carly, Dean, even Amy) she does well.

“Which is why giving Ray away was so hard for her and why a future storyline about his return and the different approach to motherhood she took has massive dramatic and character development potential. Particularly as now she’s set up in a new life with Jack,” the post continued.

However, others were being pedantic with the clues they were given.

“Denise is a Fox not a Trueman,” one wrote. 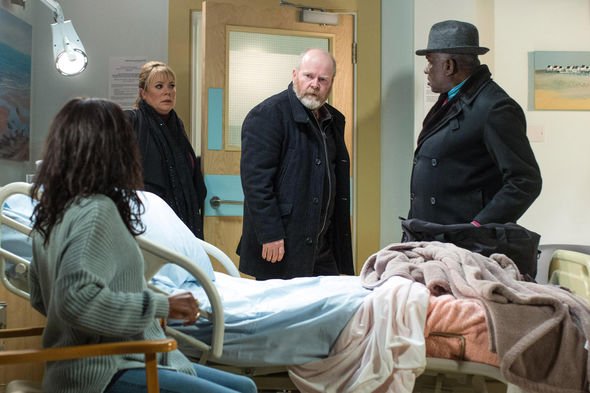 Another comment read: “Everyone seems to be talking about Denise here and I don’t understand why – Oates & Sen are very clearly talking about the Truemans in their interview. That means Patrick, Sheree & Isaac.”

But a fan clarified: “Patrick, Sheree and Isaac have a story. Patrick being Isaac dad. But the minute the bombshell was dropped they got on the plane to Trinidad and left Isaac to deal with it.

“They’ve now gone off to Anthony’s so the storyline has been put on hold and will no doubt continue when they return. What we don’t know is when they will return.

“Kim is still in Scotland. We have no idea when she’s coming back.

“That leaves Denise,” they remarked.

“We know Denise has a storyline coming up as Ellie Nixon is from her past. We know there’s going to be an accident.

“Denise’s past is coming back to haunt her, and we know that whatever it is it’s going to have life changing consequences for Denise and another Walford resident. Hence all the Denise chat,” it concluded on a DS forum.

For those unaware of who Ray is, in 2016 Denise and Phil had a drunken one night stand.

When she found out she was pregnant, she chose to keep the baby but kept the pregnancy a secret.

But Sharon Mitchell (Letitia Dean) found out and Denise resolved to give her child up for adoption..

After giving birth in 2017, Denise signed social service’s papers and the couple who adopted him called him Ray.

EastEnders airs Mondays at 8pm and Tuesdays at 7.30pm on BBC One.