EastEnders’ Karen Taylor (played by Lorraine Stanley) has made the tough decision to leave Walford so she can raise baby Kayden after Sharon Mitchell (Letitia Dean) admitted she couldn’t cope. The move will put a lot of strain on her family and her relationship with Billy Mitchell (Perry Fenwick) however, after ex Mitch Baker’s (Roger Griffiths) shocking confession, will she break Billy’s heart?

Billy and Karen met in the cafe to discuss the mother’s moving preparations but things soon became heated.

“Everywhere within my price range just gets snapped up,” Karen revealed. “Maybe I should look outside London.

“But then I’ll never see you,” Billy replied before Karen suggested: “You can come weekends.”

But Billy explained that Fridays and Saturdays are busiest at the club where he works and he needs to be in Walford during the week to do the school run. 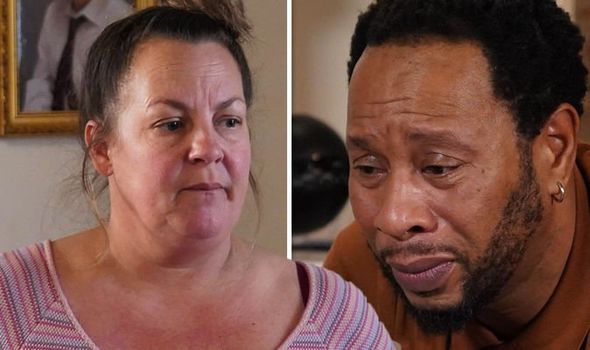 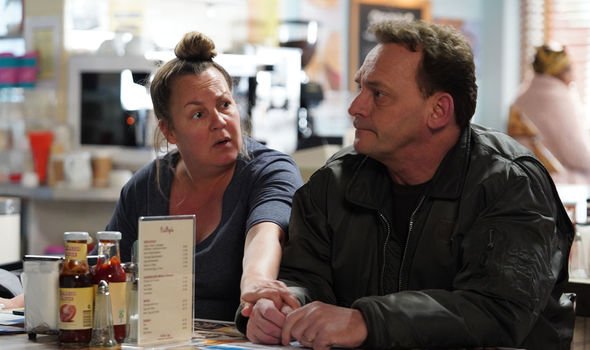 “Maybe you could come back and visit Bernie, Keegan and me,” Billy remarked.

“No, that’s not fair on Sharon seeing the little man, it’ll break her heart,” Karen replied. “We’ll be fine.”

“We haven’t been together that long,” Billy quipped. “Do you really think we could survive this, being apart all that time.”

“Well we ain’t got a choice, have we?” Karen said to which Billy hit back: “Obviously not,” before storming off. 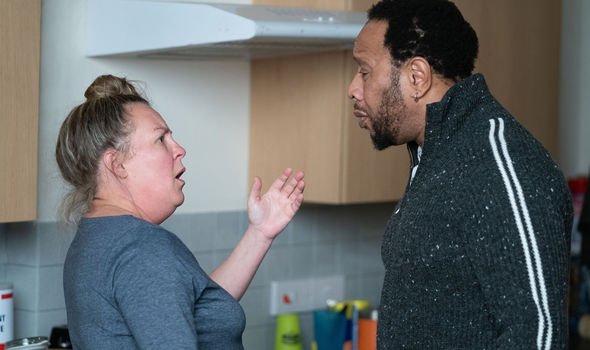 Mitch could be seen watching the couple argue from the other side of the cafe and made an alarming confession to Karen later.

Karen replied: “We’ve talked about this, I’ve said she can come and visit whenever.”

“It’s not the same, is it Karen?” Mitch hit back before the concerned mother reassured: “Look you’re doing a great job, Bernie and Keegan will help too she’ll be fine.”

“She’s already lost one mum,” Mitch remarked. “I meant what I said about coming with you.

“I can throw in my wage, we can get a bigger place, enough space for Bailey, Karen?”

Karen was touched by Mitch’s suggestion and thanked him before the hairdresser dropped a huge bombshell.

As the pair embraced, Mitch kissed Karen’s forehead and said: “I love you.”

Pushing him away, Karen said: “This isn’t about Bailey, is it? This is about you getting your Nat King Cole.”

“No it ain’t, I really do. I’ve felt this way for a long time, it’s just you and Billy seemed so tight,” Mitch replied.

Karen threw Mitch out but she may realise she has feelings for her ex too when she comes down and the dust settles.

Will the former couple move away together and embark on an affair that will break Billy’s heart?

EastEnder continues Tuesday on BBC One at 7.30pm.