EastEnders happy-go-lucky character, Stuart Highway (played by Ricky Champ), has had a long road to happiness after initially being introduced to the BBC soap at war with Mick Carter (Danny Dyer) back in 2019. The funeral director is set to wed Rainie Cross (Tanya Franks) in the coming months but could their day be rocked if his mum turns up and causes disruption to proceedings?

Stuart finally got his girlfriend Rainie to say yes after months of difficulty between the two.

Last year, Rainie hit rock bottom and ended up getting herself purposefully arrested after realising she needed to fix things.

Rainie arrived back in the Square with the past behind her and her relationship with Stuart is now at its best.

With Stuart knowing he wanted Rainie in his life forever, he decided to put a plan into action to make her his fiancée. 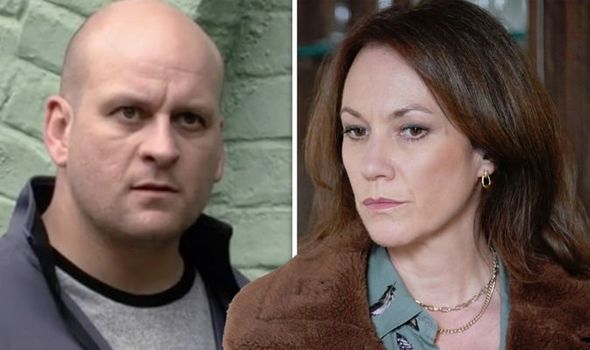 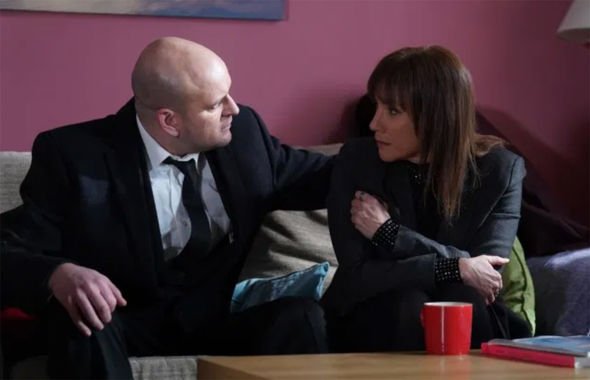 She finally accepted his bizarre proposal, in which he dressed up as a vampire and was bowled over by his efforts.

Rainie quickly agreed to be his wife but there was another problem on the horizon to be addressed first – her divorce from Max Branning (Jake Wood).

However, there is still much to be explored about Stuart and his younger brother, Callum’s (Tony Clay) past and now, fans believe the upcoming Highway wedding could be the perfect opportunity.

Some viewers are eager to see Stuart’s past discussed and have spoken out on Twitter about the possibility of his mum making an entrance. 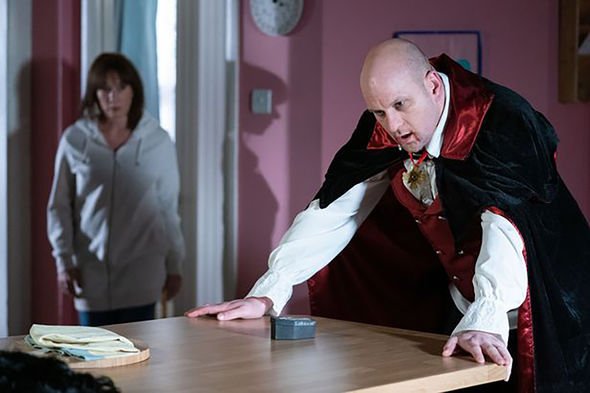 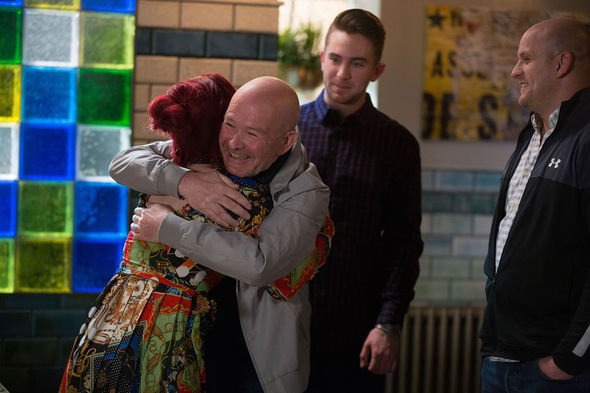 One fan wrote: “I’d love to see a Callum & Stuart episode, where they talk about their childhood. It could also open up an opportunity for an appearance by their mum later on.”

Another said: “I’d love it if they explored that part of the Highway story. Not been watching since Callum first came into the show (I started watching again for the #Ballum storyline – I like a good ship!), so I don’t know what, if anything, has been said about her. I didn’t even see Zara.

“Same! I stopped watching for years and started watching again when Ben returned so I’d love to know their backstory, I know about Jonno but that’s it,” commented a third.

Viewers will remember Stuart’s daughter Zara (Faye Deveney) was briefly brought into the Square back in 2018.

She didn’t have a good relationship with her father after he walked out on her as a child and she later fled Walford after their reconciliations didn’t go to plan.

However, could there be another bombshell thrown Stuart’s way as he prepares for his wedding?

Fans have never met Stuart and Callum’s mum and she has never really been mentioned on-screen, so this could be a way for her to be introduced into the show.

Late last year, the pair’s dad Jonno (Richard Graham) was introduced on-screen and failed to accept Callum’s sexuality after he admitted he was gay.

This led to an explosive showdown between Jonno and Phil Mitchell (Steve McFadden) with the latter warning him to leave Callum alone.

However, with the soap choosing to introduce the pair’s dad, could Stuart’s wedding finally be the chance for viewers to see his mum for the first time?

It’s possible the unnamed character could choose the day to make amends with her son but if she does turn up, will it lead to Stuart’s big day being ruined?

EastEnders airs Mondays at 8pm and Tuesdays at 7:30pm on BBC One.

Related posts:
TV and Movies
EastEnders spoilers: Chantelle Atkins exit ‘confirmed’ by BBC soap bosses
'One of Us is Lying': The YA Mystery Novel is Becoming a Peacock Series
Stargirl Boss Reassures: Season 2 on CW 'Will Be Even Better, Nothing Less'
Rock Supergroup Maine Monster Come Together During Lockdown to Raise Money for Charity
Recent Posts
This website uses cookies to improve your user experience and to provide you with advertisements that are relevant to your interests. By continuing to browse the site you are agreeing to our use of cookies.Ok