Taylor’s years as a Hollywood film star made her a legend of the big screen, with an extensive career and complex personal life which will be celebrated across three different programmes on BBC Two on Saturday. She had a reputation as a diva within her industry, but her performances in Cleopatra, Who’s Afraid of Virginia Woolf? and The VIPs meant she became one of the most famous actors of the Fifties and Sixties. The Queen’s younger sister, Princess Margaret, was also one of the most well-known famous faces at the time.

She used to reject Palace protocol in favour of a party-loving lifestyle, and routinely cause upset with her outspoken nature, just as Taylor was at the height of her fame.

Margaret and her then-husband Lord Snowdon regularly rubbed shoulders with celebrities in their lavish lifestyle — and so inevitably had a few encounters with the Hollywood legend.

According to biographers Sam Kashner and Nancy Schoenberger in ‘Furious Love: Elizabeth Taylor and Richard Burton’, Margaret once struck up a conversation about Taylor’s 33.19 carat Krupp diamond ring Burton had bought for her when they were attending a wedding.

The authors claim the royal said: “Is that the famous diamond? It’s so large! How very vulgar!”

Margaret then asked: “Would you mind if I tried it on?” 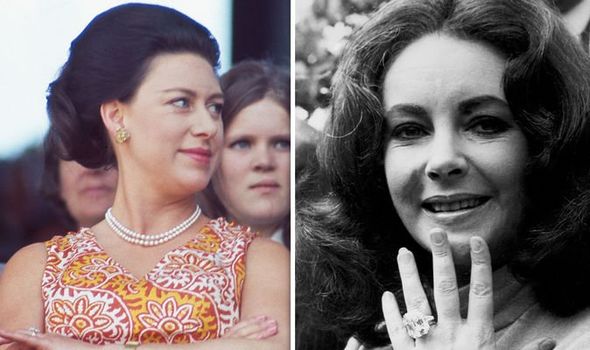 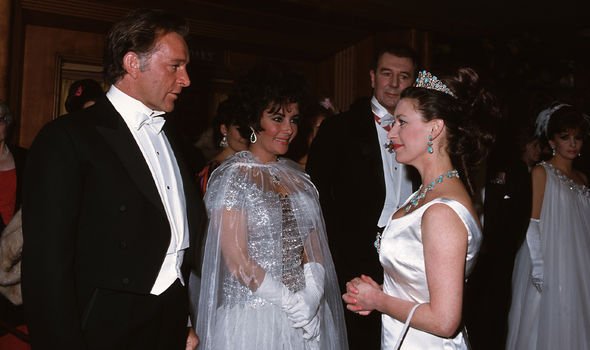 Once the royal had slipped the jewellery on, Taylor then said: “Not so vulgar now, is it?”

The actress would reportedly repeat that story to her friends, and adopt Margaret’s British accent while doing so.

However, the pair’s first encounter is believed to have actually happened years before.

The royal’s trip to the US in 1965 saw Margaret attend a Beverly Hills dinner party, hosted by her friend the American socialite Sharman Douglas – Taylor and her-then husband Richard Burton, whom she ended up divorcing twice, were also on the guestlist.

Vanity Fair feature writer Julie Miller explained: “At that moment in time, Taylor and Burton were, inarguably, the biggest movie stars in the world.” 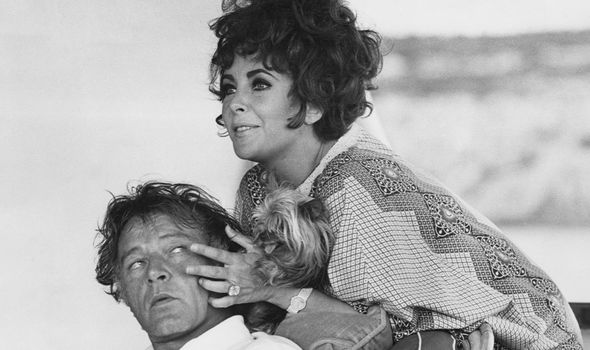 But they were disappointed to find the “evening’s host had not seated them at the primary table with Princess Margaret and Lord Snowdon”, but “next to the kitchen”.

A friend of Margaret’s recalled: “[This] did not sit well with Elizabeth and Richard.

“Everywhere they went, they were the most important people in the room.

“And here they were not the most important people in the room. So they up and left. And they left before the Princess got there. And they didn’t come back.”

Burton did send Margaret a letter of apology the following day, and blamed the couple’s absence on his early call time for ‘Who’s Afraid of Virginia Woolf?’ rather than the seating arrangements. 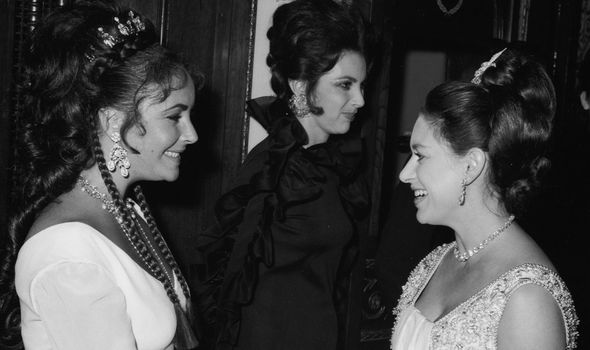 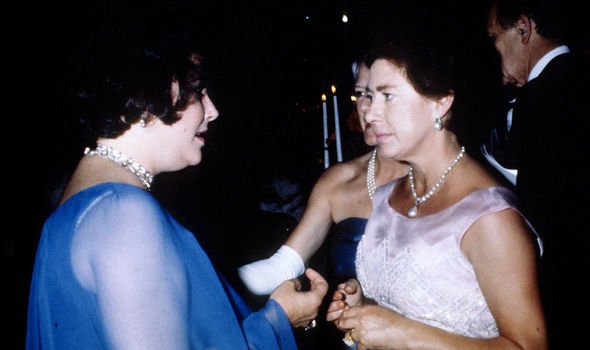 At that same party, the Queen’s younger sister caused a stir when she told actress Grace Kelly she didn’t “look like a movie star” and asked performer Judy Garland to perform on the spot via an aide.

Even so, Taylor’s biographer Kitty Kelley claimed that the Hollywood couple frequently tried to court Margaret and her husband in the hope the Queen would grant Burton a knighthood, as he had been born in Wales.

In 1967, Taylor and Burton even invited Margaret and Lord Snowdon to the London premiere of their film, The Taming of the Shrew.

However, the honour never materialised.

Then, in 1969, Burton wrote in his diary about his dread of meeting the royal. 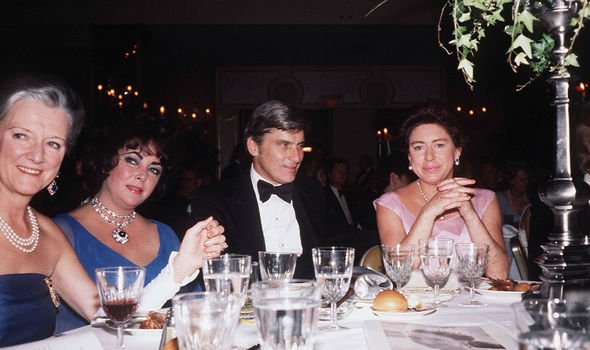 He claimed: “We have to see Princess Margaret again at the opening night of Staircase.

“[A]nd she is infinitely boringly uncomfortable to be around, and I don’t know how I can suffer to see myself in the film in front such a snob-ridden load of s***s as one always gets [around her].”

Taylor died ten years ago of congestive heart failure, while Margaret died in 2002, after a stroke.