During the 1960s Elvis Presley starred in a number of Hollywood movie musicals. In 1962 The King played boxer Walter Gulick in a remake of 1937’s Kid Galahad. And to train up, retired champ Mushy Callahan helped coach Elvis for the part.

And now in a new interview, the Memphis Mafia member has shared some fascinating memories.

He said: “Mushy was there to kinda coach Elvis through the fight moves and stuff like that.”

One time when the two were sparring, Elvis slightly bashed the old pro on the head and Mushy would joke they’d now have to fight it out there and then. 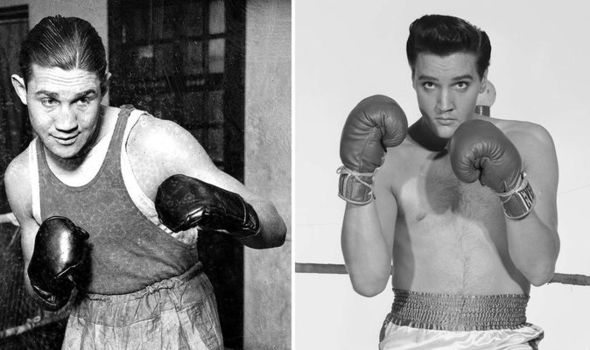 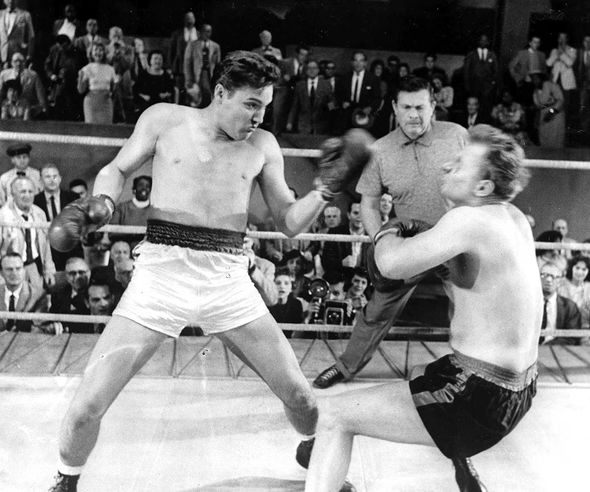 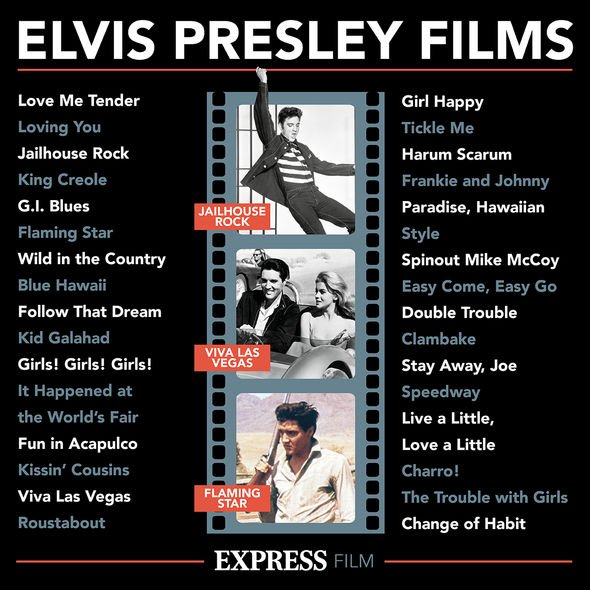 “When it got down to one of the last fights…[Elvis and the other actor] were actually hitting each other a little bit.

“And that was Mushy, he’d shown him how to kinda glance a blow, but yet he’d get it to look realistic.”

The retired champ even had a role in the movie as Romero, a boxing referee. 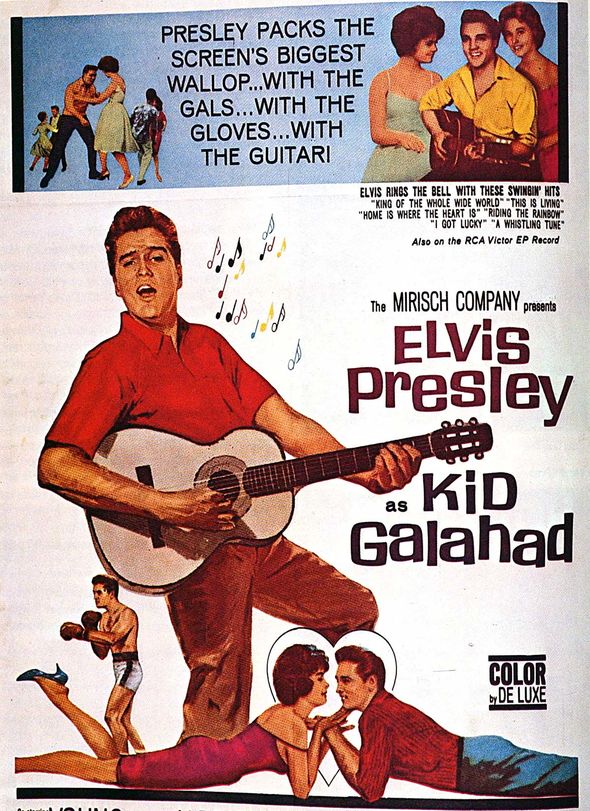 Billy also shared a story of how on quieter days on set the Memphis Mafia figured out a way to prank Mushy.

It turns out the boxer had a hearing aid and he wore the volume control on his chest.

So Elvis’ men decided to get up really close to Mushy and pretend they were talking without saying anything so he’d turn up his hearing aid.

After that, they’d speak loudly which would give him quite the shock and made them all laugh. Billy added that Mushy was “such a nice guy, he really was.”

Interestingly, only one of Elvis’ movies didn’t feature The King singing on-screen.

The text read: “Did you know that Charro! is the only one of Elvis Presley’s movies where his character does not sing on screen?

“Elvis actually recorded two songs for the 1969 film. However, only the title song ended up being used in the movie.”

The 1969 Western really did feature no songs other than the main title theme played over the opening credits.

Charro!, in which Elvis portrayed a former outlaw called Jess Wade, was also the only movie in which The King wore a beard.

The star released two other movies that year in The Trouble with Girls and Change of Habit.

Elvis had performed his 1968 Comeback Special the year before and was ready to leave acting behind and return to live music performances and studio albums.