EMILY Atack continued to flaunt her recent one stone weight loss in a bikini while drinking wine and eating mini cheddars.

The beauty stunned fans this week when she revealed she had lost a stone in lockdown thanks to 'cooking herself slim'. 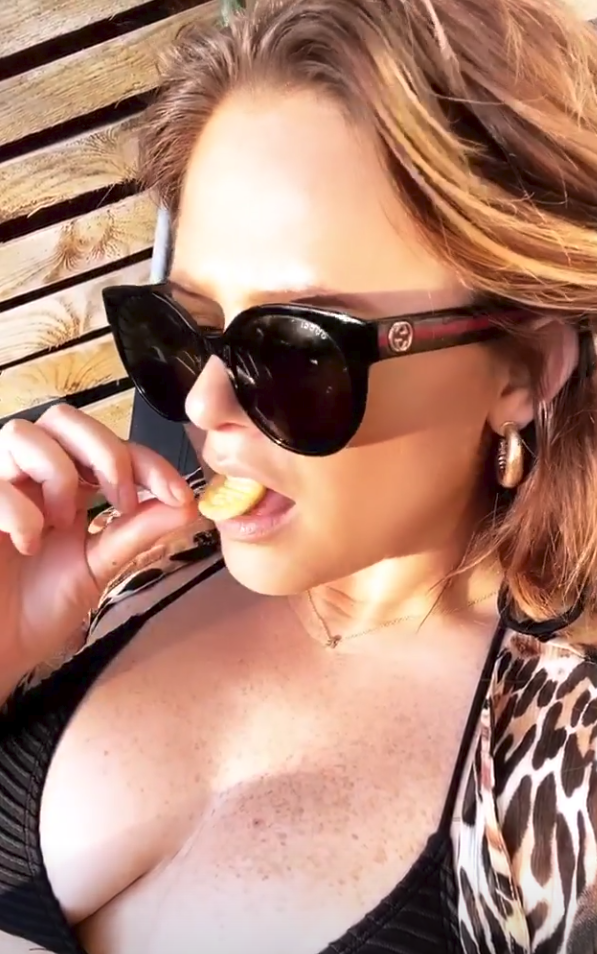 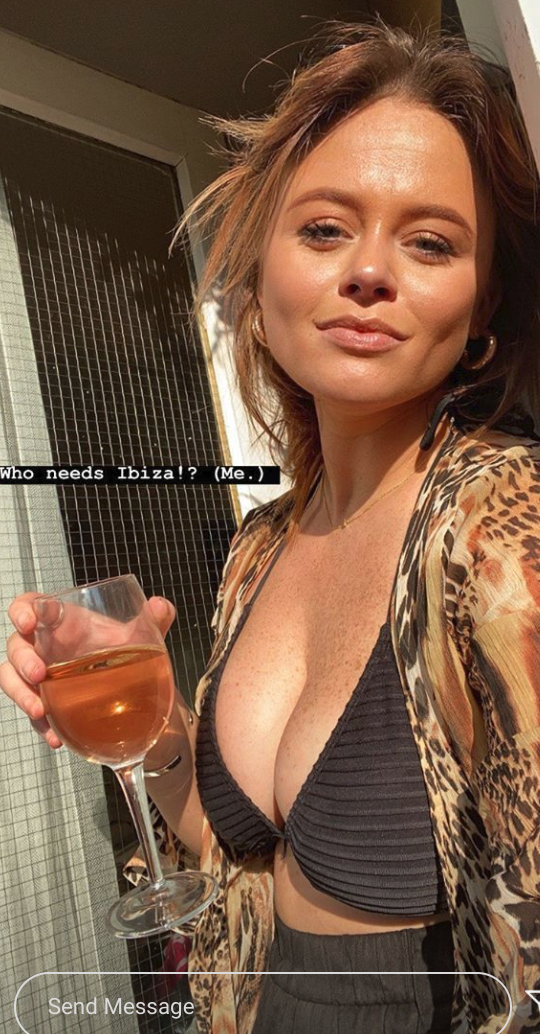 And on Friday she treated hersekf to a snack and glass of rose, while rocking a gorgeous bikini.

The star made fans laugh when she revealed that she had been asked what she had learned about herself during lockdown.

Emily kept it real when she replied: "I've learned that mini cheddars come in lime and chilli flavours, and you can eat as many as you want because they are not crisps."

Earlier, the I'm A Celeb beauty then flaunted her killer curves in a black ribbed bikini and leopard print shawl.

Continuing to put a smile on her fans' faces, she shared another pic with her sunglasses hanging off her face as she clutched her wine glass. 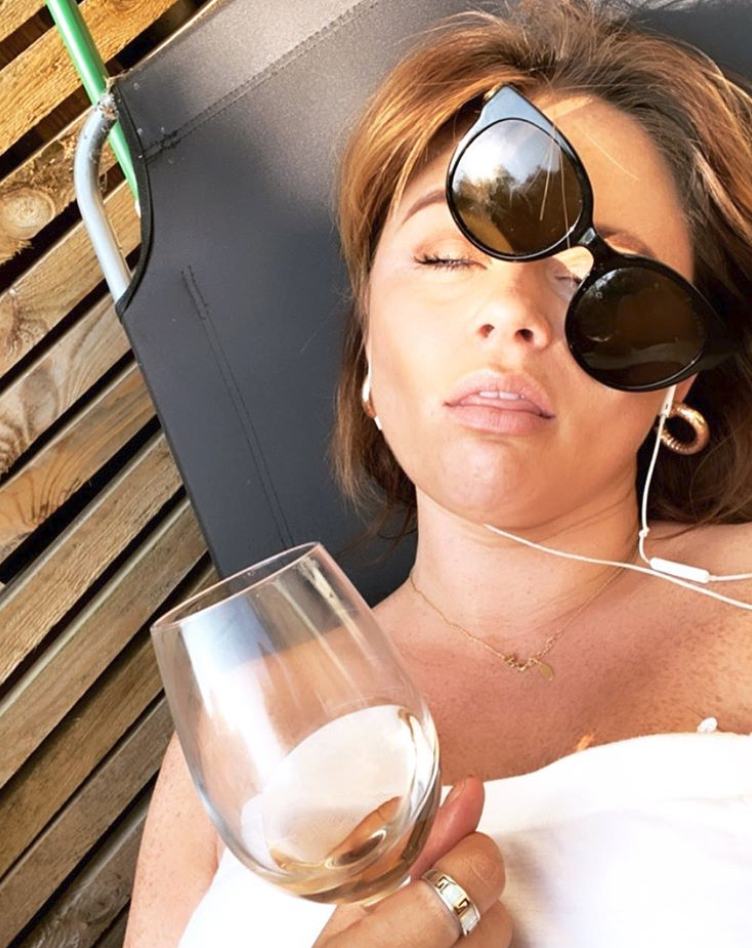 Emily revealed she has been "cooking herself slim" as the I'm A Celeb star, 30, displayed her sexy curves in gym gear on Instagram.

She opened up on her weight loss journey after she was warned she would "put on weight" in lockdown by a fan.

One fan had told her that she would pile on the pounds if she continued to cook tasty meals after she posted photos of what she was eating in self isolation.

But hitting back at the comment, Emily wrote: "I’ve lost a stone in the last 3 months because I’m cooking like this and eating cleaner. So you are incorrect." 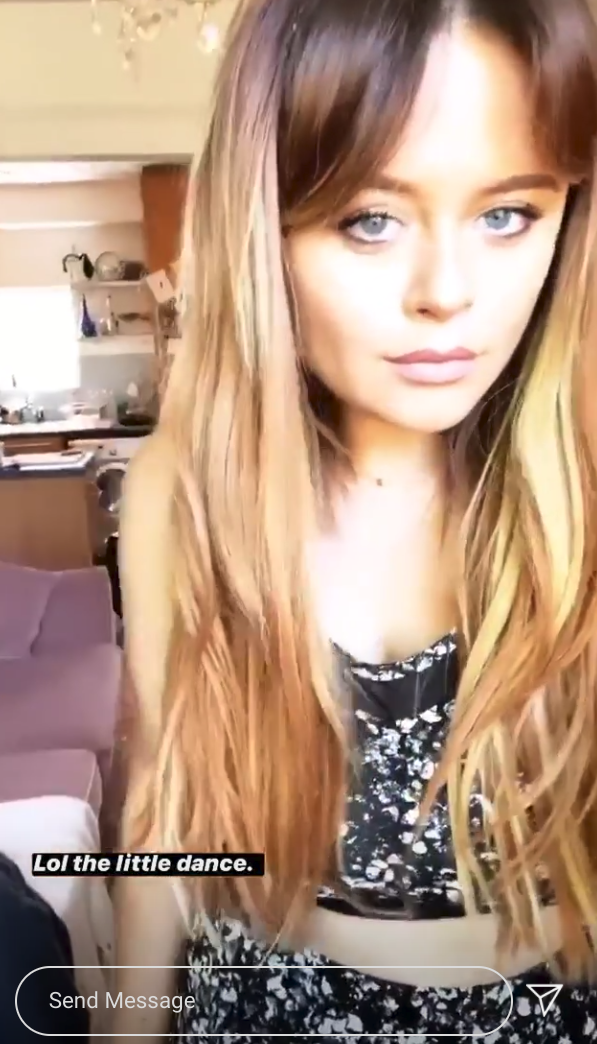 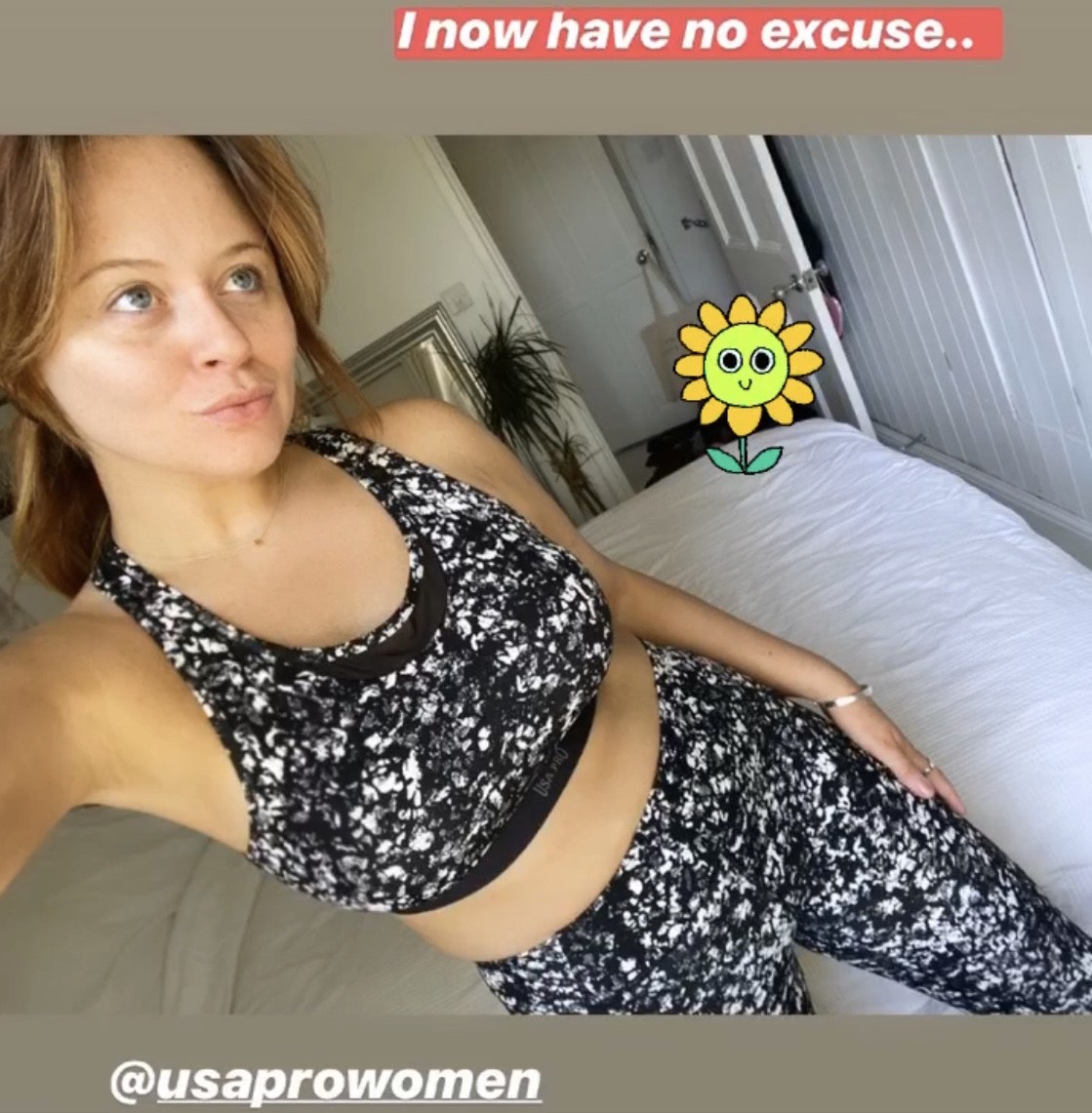 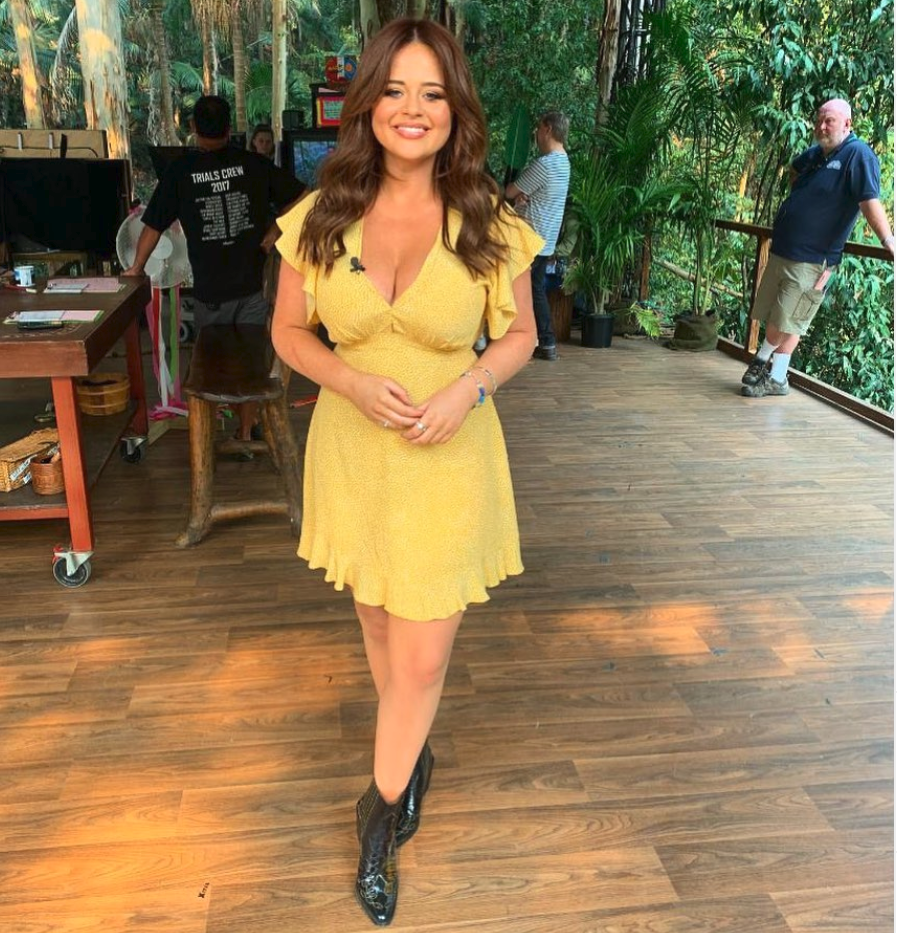 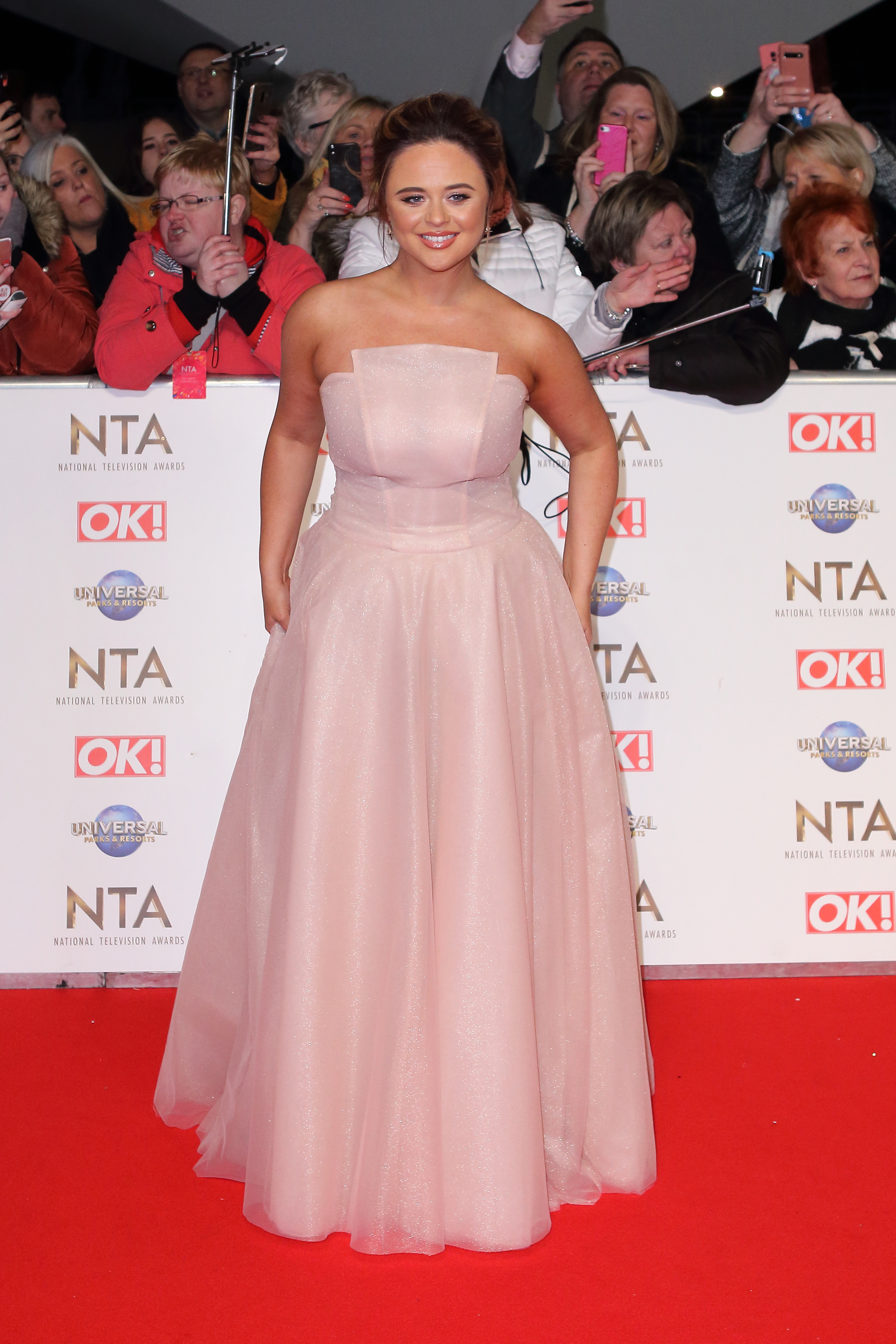 And last night the beautiful TV presenter defiantly posted new photos of her body in tight gym clothes as she proved she has slimmed down.

She did a little dance for the camera, and asked fans what they thought of her getting a fringe, with her hair cascading over her shoulders.

Last year, the actress revealed she was the happiest she's ever been at 11st and had learnt to embrace her curves.

She told Closer: "I've realised that I'm probably the biggest I've ever been. I weigh 11st.

"I've never weighed 11st, but I'm doing everything I've always wanted to do. 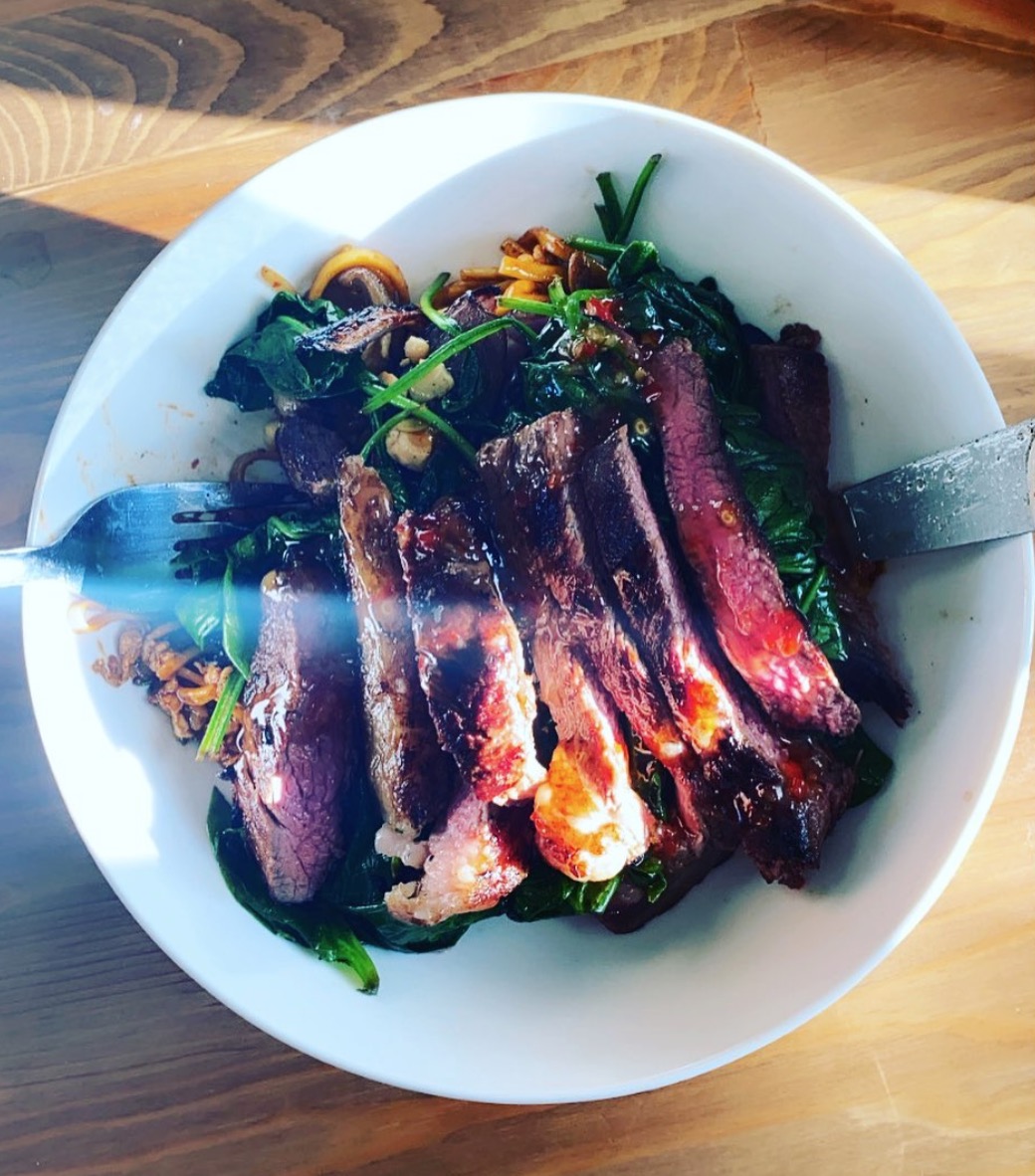 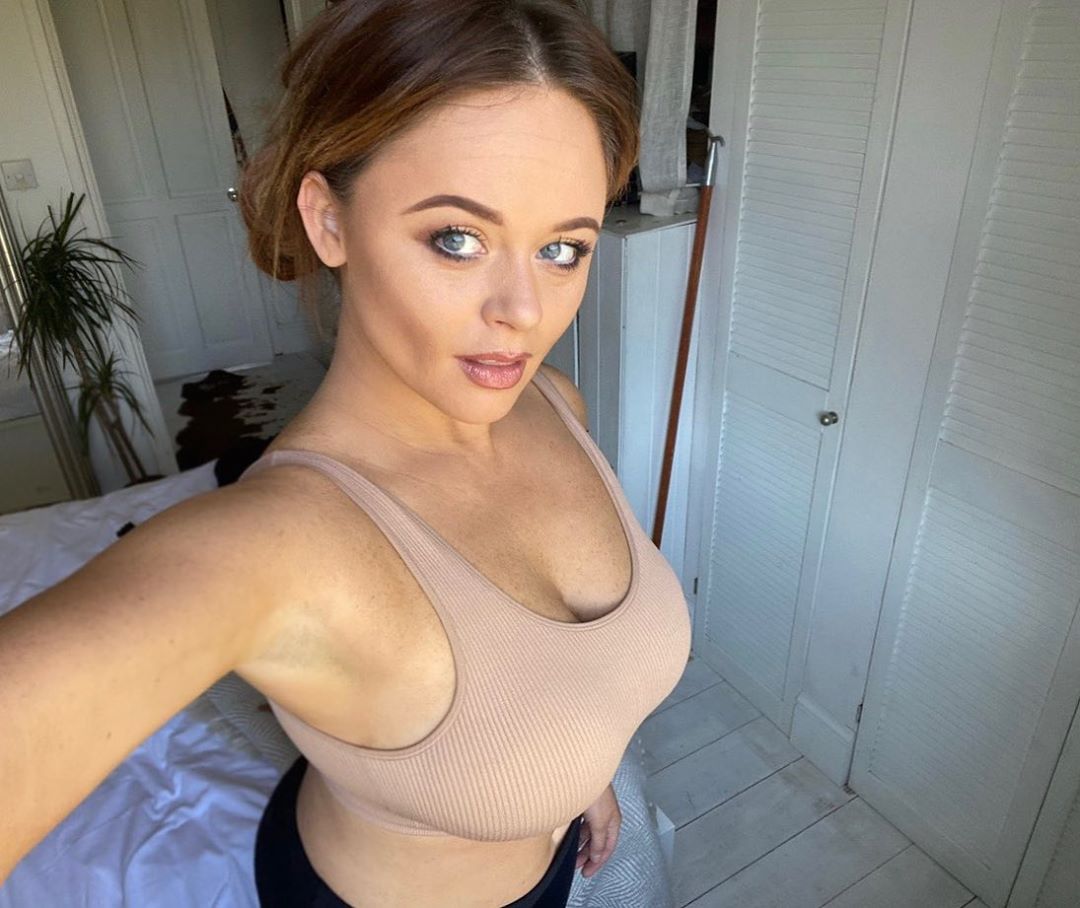 "My life is the best it's ever been, and I get more compliments now than I ever have before.

"I look back at photographs of when I was slimmer, looking a bit gaunt, and I was definitely unhappier."

Emily added that though she receives mean comments about her weight online, she doesn't let them get her down.

The actress, who found fame as Charlotte Hinchcliffe in The Inbetweeners, credited her time in the famous ITV jungle for her new attitude. 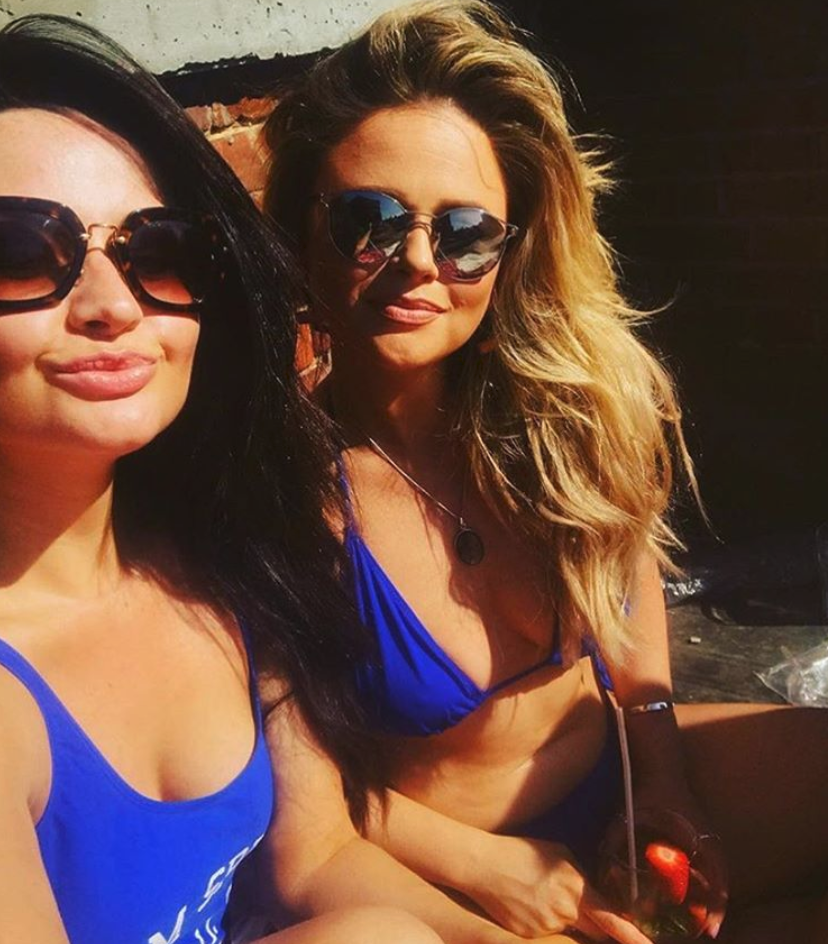 She explained: "I'm way more accepting of my body now."

However, lockdown hasn't all been good for Emily, who recently revealed she was suffering from "crushing anxiety" while isolating by herself.

The comedy star admitted that being alone has always been her “number one fear” but it has become a reality during lockdown.

She wrote a candid piece for Grazia, and said it has been “three weeks since I have physically touched another human being”.