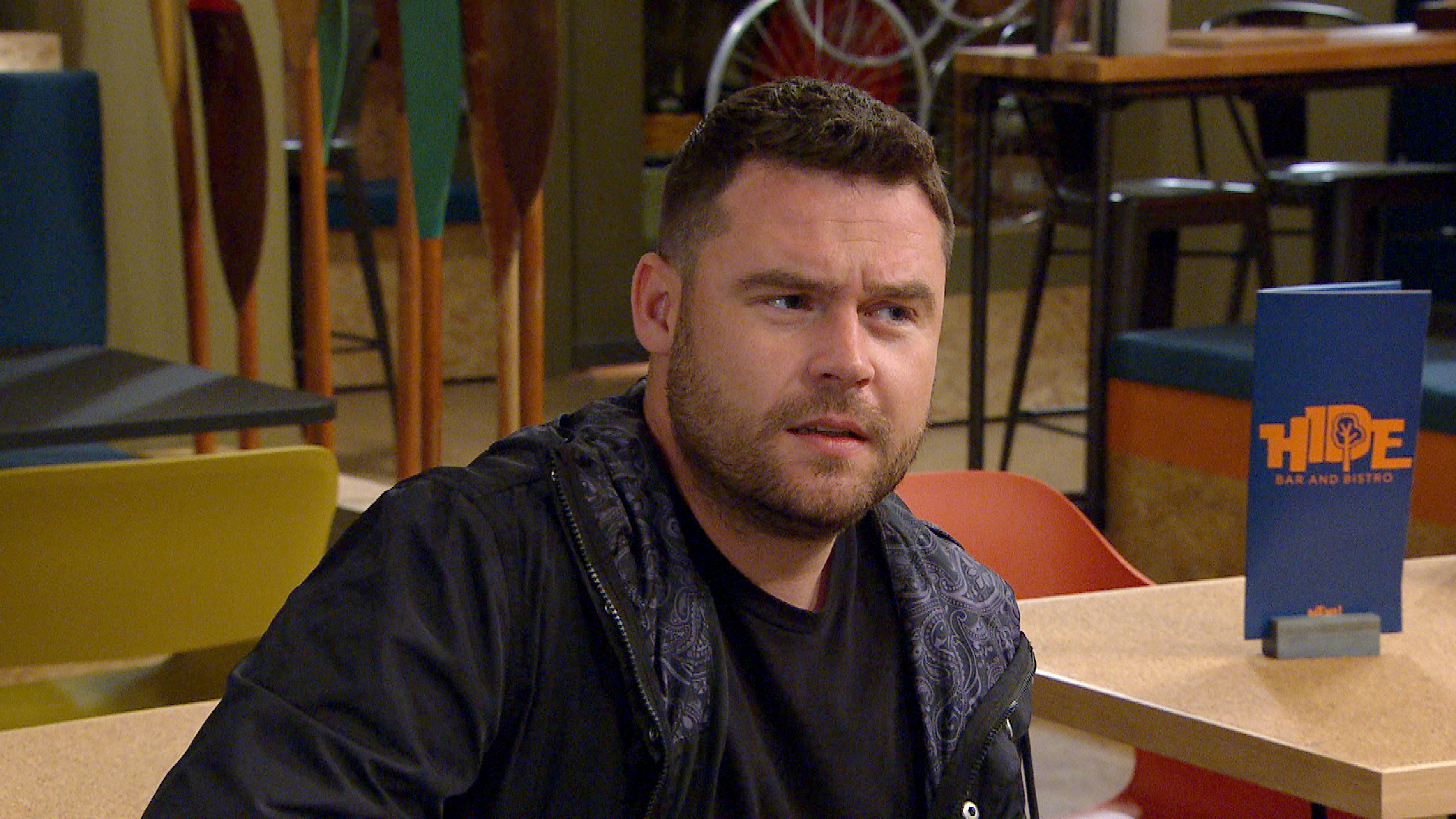 Aaron Dingle has had his fair share of trauma in Emmerdale – two of his boyfriends have died, his soulmate was jailed and he has battled through the ordeal of standing up to his rapist dad Gordon.

And, as Danny Miller explains, when Aaron says he wants to disappear forever, fears grow that he is contemplating suicide.

The actor, currently in I’m A Celebrity, explained to Metro.co.uk: ‘I think it’s a little bit subliminal in terms of what he actually means. Because Ben is gone, but he wanted to disappear with Ben to Newquay, so I think it’s a kind of open-ended.

‘We know he’s suffered a lot with mental health and when things get bad, he turns anger on himself, and hurts himself for it. Subliminally, it makes it feel like the worst-case scenario of him wanting to disappear and not be here anymore, which I think we all know what that points towards.

‘But also, it could quite openly mean that he wants to disappear and leave the village, and leave all the family behind him and start a fresh new life on his own.’

He sighed: ‘It’s a bit open, and I think that’s what worries Chas: it’s not bang on the nose.

‘He won’t say what he means: does he want to run away? Or does he possibly want to end his life and take that route which we all hope he doesn’t? It’s a worrying time for Chas.’

But whatever happens, one thing is for sure. Aaron makes a final and painful decision about troubled sister Liv.

Danny told us: ‘He doesn’t have the strength to support her while grieving Ben, and with all that thrown in with Liv, he quite rightly says: “I’ve got to look after myself.”

‘She’s not a kid anymore, she’s able to look after herself, Aaron’s done everything he can. If he hadn’t done all the things he’s done in the past, I would say he’s maybe given up a bit too early on her, but he’s sorted her out with rehab and help.

‘Even when she’s been in hospital, he’s been by her beside and forgiven her. She keeps throwing it back in his face and disrespecting him. That’s when he decides [about Liv] regardless of whether he’s going, and the decision is final.’

You can read the full interview with Danny by signing up to our free soaps newsletter here.

Mermaids is able to help trans people up to their 19th birthday.

You can also text ‘Mermaids’ to 85258 for free 24/7 crisis support all across the UK or make use of their web chat, which is open Monday to Friday from 9am to 9pm.