Emmerdale fans know Harriet Finch (played by Katherine Dow Blyton) and Dawn Taylor (Olivia Bromley) killed Mark Marlone (Mark Womack) before Christmas and buried his body in the church’s cemetery. Worried it would be discovered, just before the festive period, Harriet had the body dug up and moved to a new plot by Home Farm. Harriet, who has been struggling with the secret of Malone’s murder, was left shaken earlier this week when newcomer Charles (Kevin Mathurin) expressed concern over a disturbed grave. Is he about to catch out Harriet?

Soap fans know secrets don’t stay hidden forever so it surely won’t be long before the truth about Malone’s death is uncovered.

But his death could be revealed sooner rather than later after Charles began pressing Harriet about the disturbed grave.

Charles approached the vicar explaining they would be working closely as their congregations merge.

While Harriet was initially uninterested, she began to panic when he noticed a grave appeared to have been disturbed. 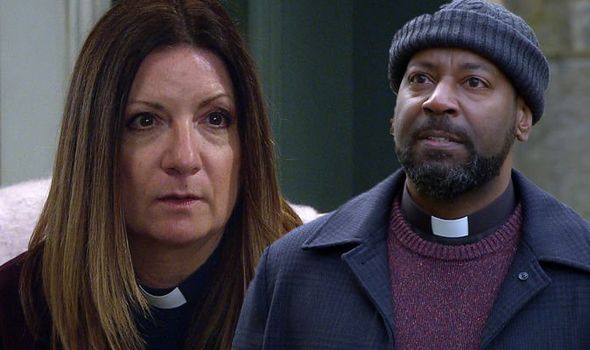 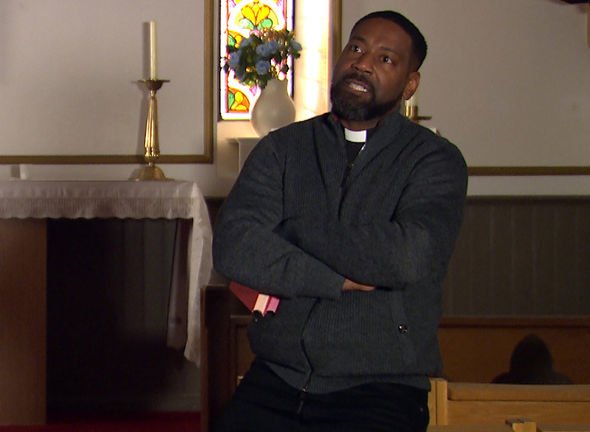 She continued squirming when Charles demanded to know why the issue hasn’t been brought to the attention of the police.

After Charles remarked they should at least speak to the Bishop, Harriet insisted: “There’s no need to bother her with this.”

“A grave has been disturbed,” Charles told her. I can’t ignore it even if you can.

“You used to be a police officer, you know this is serious.” 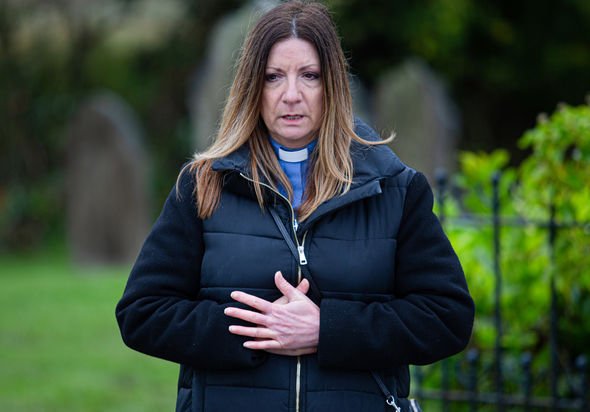 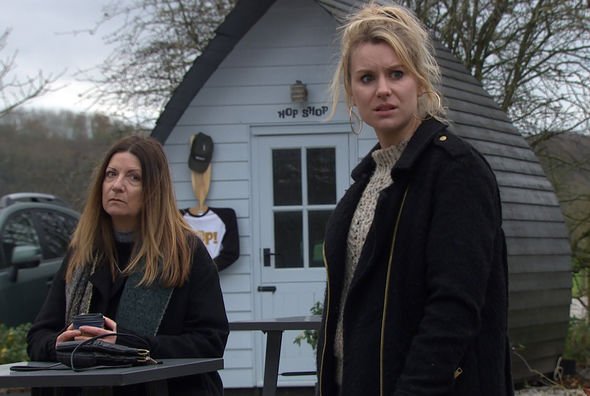 Harriet insisted it “wouldn’t end well” if they brought in the police with Charles demanding to know why: “You’re asking me to compromise myself then I need to know why. What are you hiding, Harriet?”

Following on from Charles’ interrogation over the grave, fans believe Charles is actually undercover trying to work out what happened to Malone.

Taking to Twitter to speculate on how the storyline will unfold, one viewer guessed: “The undercover cop about to get the juicy gossip.”

Another added: “The new vicar is an undercover cop, right?”

“I think Charles is an undercover cop. He is asking lots of questions and he could tell the grave has been dug up,” a third posted.

Someone else shared: “Charles is definitely not a vicar i think he a undercover #Emmerdale.”

A fifth added: “I’ve said it once and ill say it again Charles the new Vicar is a bizzie #Emmerdale.”

Soap spoilers have revealed Dawn will lose custody of her son Lucas when Harriet gets drunk taking care of the youngster.

Will Taylor (Dean Andrews) will berate Harriet for getting drunk but when his relationship with Kim Tate (Claire King) is revealed, Dawn will side with the vicar.

However, she’s later devastated when Lucas’ social worker turns up and reveals Harriet had lost him when he was being looked after.

Believing Lucas is in danger, the social worker decides he needs to be removed from the family home – has Harriet lost Dawn her son?