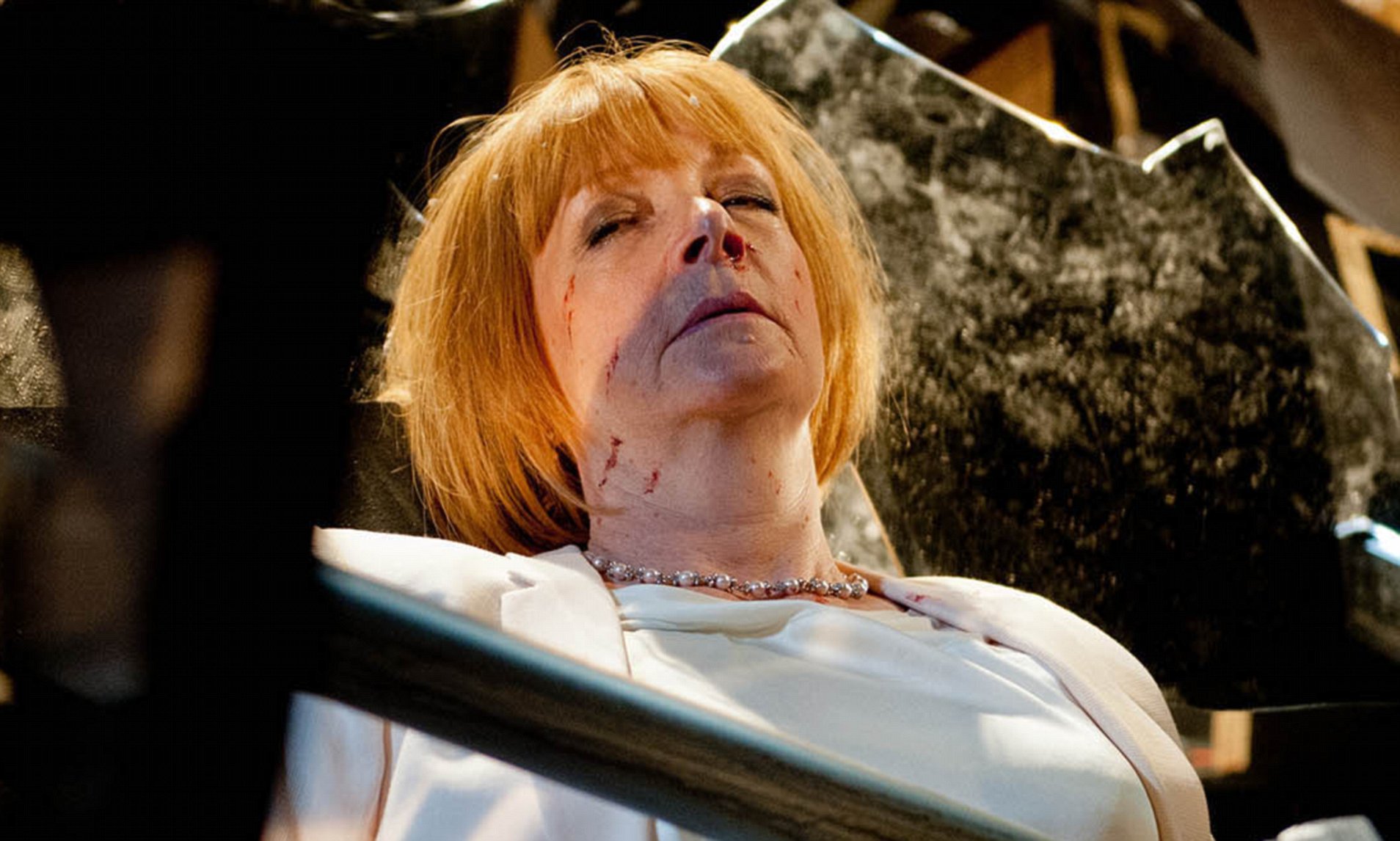 Emmerdale’s Charlie Hardwick has revealed that she was ‘horrified’ when she initially discovered that Val Pollard was going to be killed off.

The actress, who portrayed Val for 11 years, recalled that she was ‘absolutely devastated’ upon learning of her character’s fate.

‘It sounds absolutely ridiculous,’ Charlie said during an appearance on Soap From The Box podcast. ‘If any actor had said to me: “Oh, they’ve told me my character is going to die and I was absolutely devastated”, I’d say: “Get a grip, man!”

‘Then I found out I was going to die and I was absolutely devastated! But I was really, really horrified.

‘Not because I wanted to come back, not because I thought: “Ooh, keep the door open!” But because I didn’t want Val to die.

‘I just assumed she would go off after Amy, who was the biggest love of her life. And the idea that Pollard was going to be on his own, it was terrible.

‘I even cancelled my leaving party!’

Val met her demise in memorable scenes in 2015, when she was trapped in a mirror maze, after a helicopter crashed into the village.

A shard of glass from one of the aforementioned mirrors was hanging above her, and it ultimately fell on her.

‘I did pull myself round, which I had to do,’ Charlie continued. ‘It was terrible when I first heard. But I talked to my niece and I said: “They want to kill her off, just between me and you”. She said: “Well, the thing is, if you’ve got to go, you might as well go with a bang”.

‘I thought: “You’re right, you’re absolutely right, I’ve got to get over myself and I’ve got to make the most of this exit”. And we relished it!’

Charlie’s full interview can be heard from Sunday, March 7 when her episode of Soap From The Box goes live.