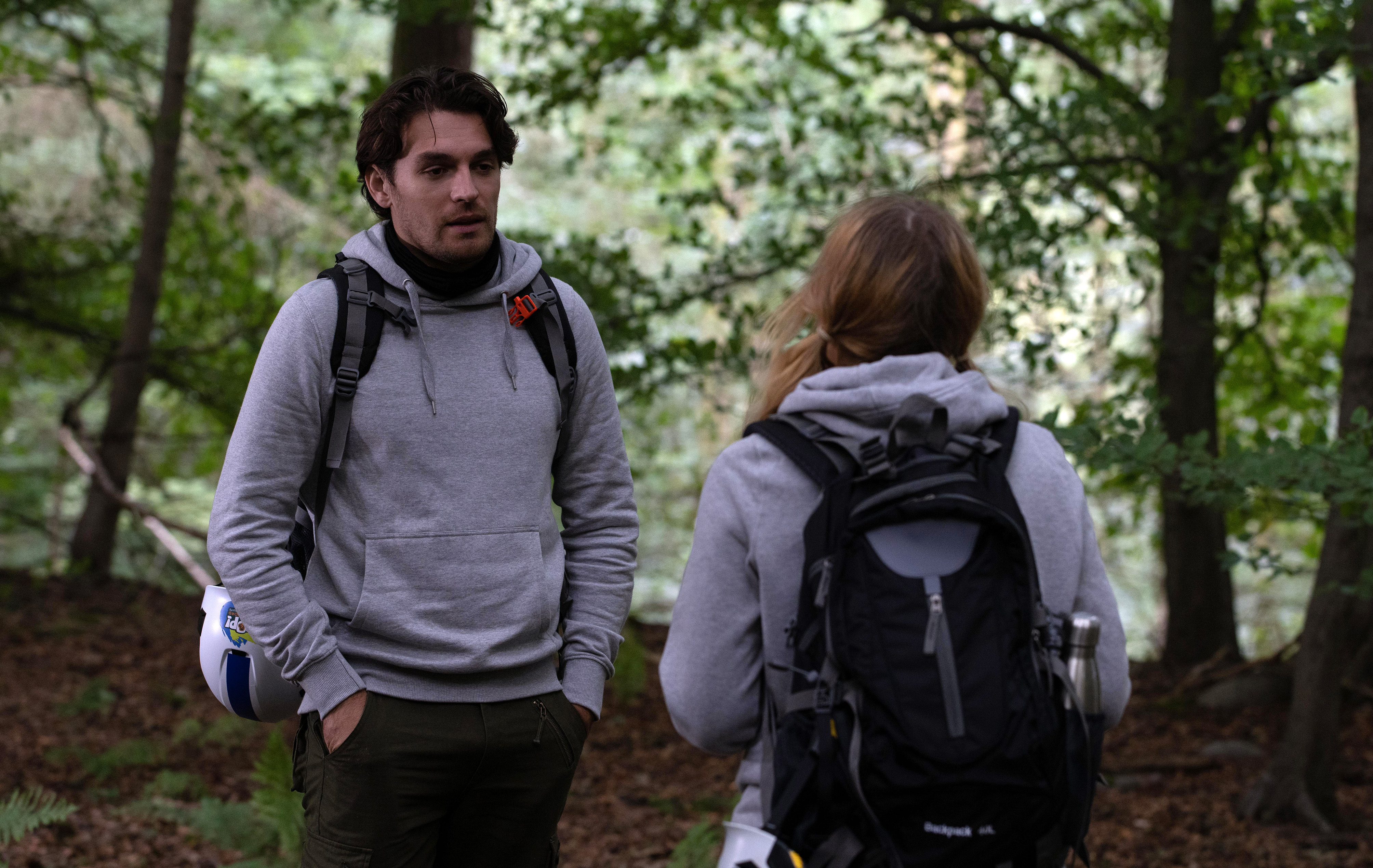 Charity Dingle (Emma Atkins) and Mackenzie Boyd’s (Lawrence Robb) secret relationship will continue to develop in Emmerdale but, it may not last for long if one of them dies during the soap’s deadly week.

With Mack and Charity both partaking in the survival challenge, Meena (Paige Sandhu) on a mission to kill, meaning it’s highly likely the villain could end up murdering either (or both!) of the characters.

Or, that being said, will separating themselves from the group prove a huge mistake for Charity and Mack if they land in danger while in the woods?

‘They go on their own journey amidst the madness of Super Soap Week’, actress Emma Atkins told Inside Soap Magazine.

‘It’s all intrinsically laced together. There are moments where both Charity and Mackenzie think the other one is dead, and it’s pretty heart wrenching for them – and hopefully the viewers.’

As Charity and Mack’s relationship continues, Emma explains whether her character expected to fall for the Scottish newcomer:

‘It felt like Charity was a closed shop after her relationship ended with Vanessa – especially as it was down to Charity cheating with Mack in the first place. So, the idea of them being together had disaster written all over it. That said, it’s only over time when you get to know someone and keep their company that you realise there’s more of a valid reason for developing feelings for them, rather than it just being a casual “bunk up”.

‘Charity has started to notice Mackenzie more in that way – and it’s a shock to her, so she keeps her guard up for a long time where he is concerned.’

‘Charity doesn’t fully know Mackenzie or his reputation regarding relationships, but she knows it can’t be any worse than her own! I think watch this space…’