The 41-year-old comedian is best known for his humorous turns in films including Get Hard, Jumanji: Welcome to the Jungle and Ride Along. 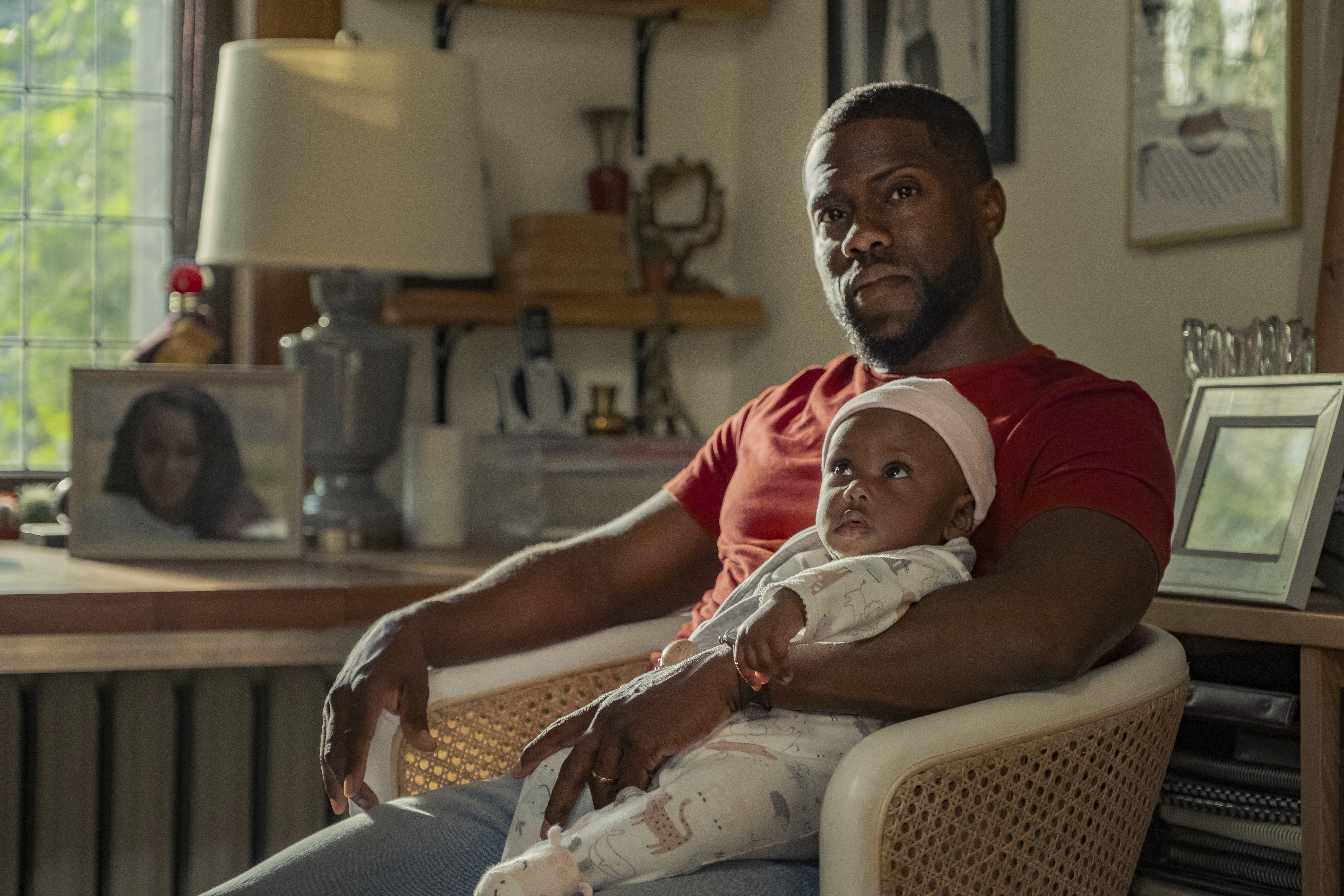 But in Fatherhood, Kevin shows a totally different side to him as Matt, whose wife dies after an unexpected early Caesarean section followed by Pulmonary embolism.

A shell-shocked Matt is left to raise his daughter Maddy alone, aside from the help and support of his friends, and it made for an emotional watch.

Taking to Twitter, fans of the film admitted they were in floods of tears just moments into it.

One wrote: "Man @KevinHart4real really didn't have to do me like this… I'm balling within 10 minutes of #FatherhoodNetflix." 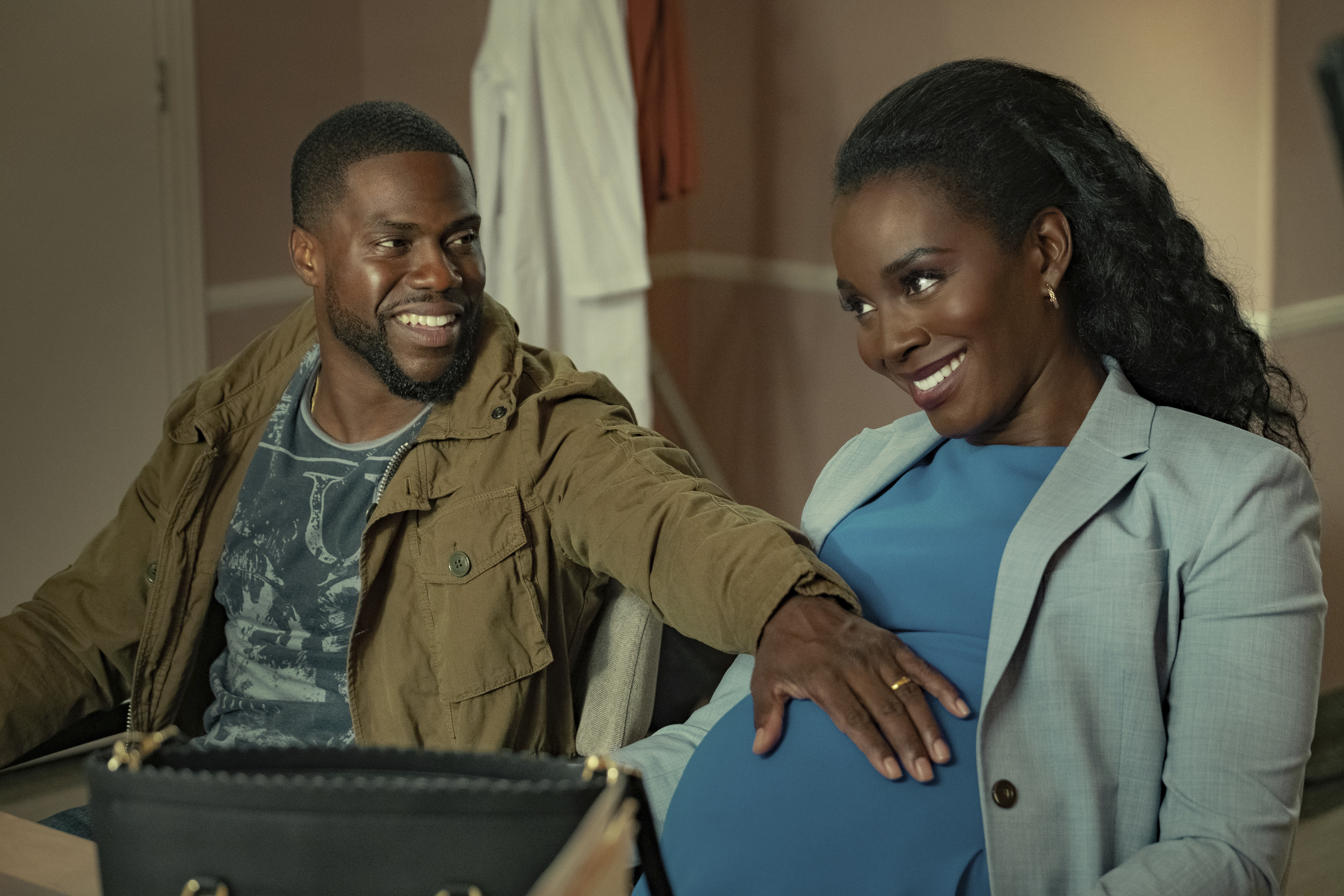 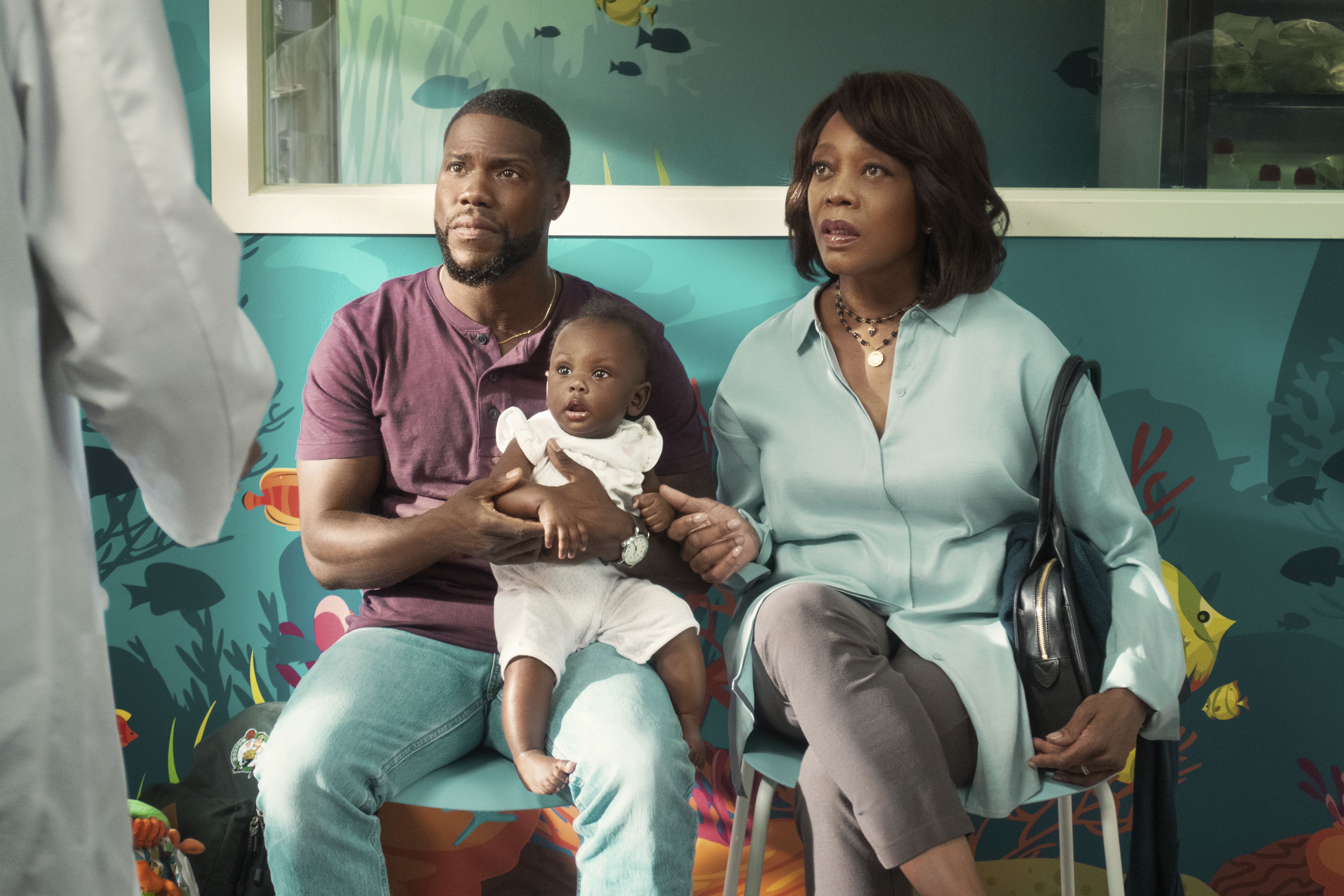 Another added: "10 minutes in and I’m already crying #FatherhoodNetflix."

A third tweeted: "I’m 20 mins into #FatherhoodNetflix and I had to pause because I couldn’t stop sobbing."

They weren't alone as a fellow viewer wrote: "Oh my god I’m sobbing!
@KevinHart4real is so good in this! Pleading faceLoudly crying face #FatherhoodNetflix."

The film is based on the 2011 memoir Two Kisses for Maddy: A Memoir of Loss and Love by Matthew Logelin. 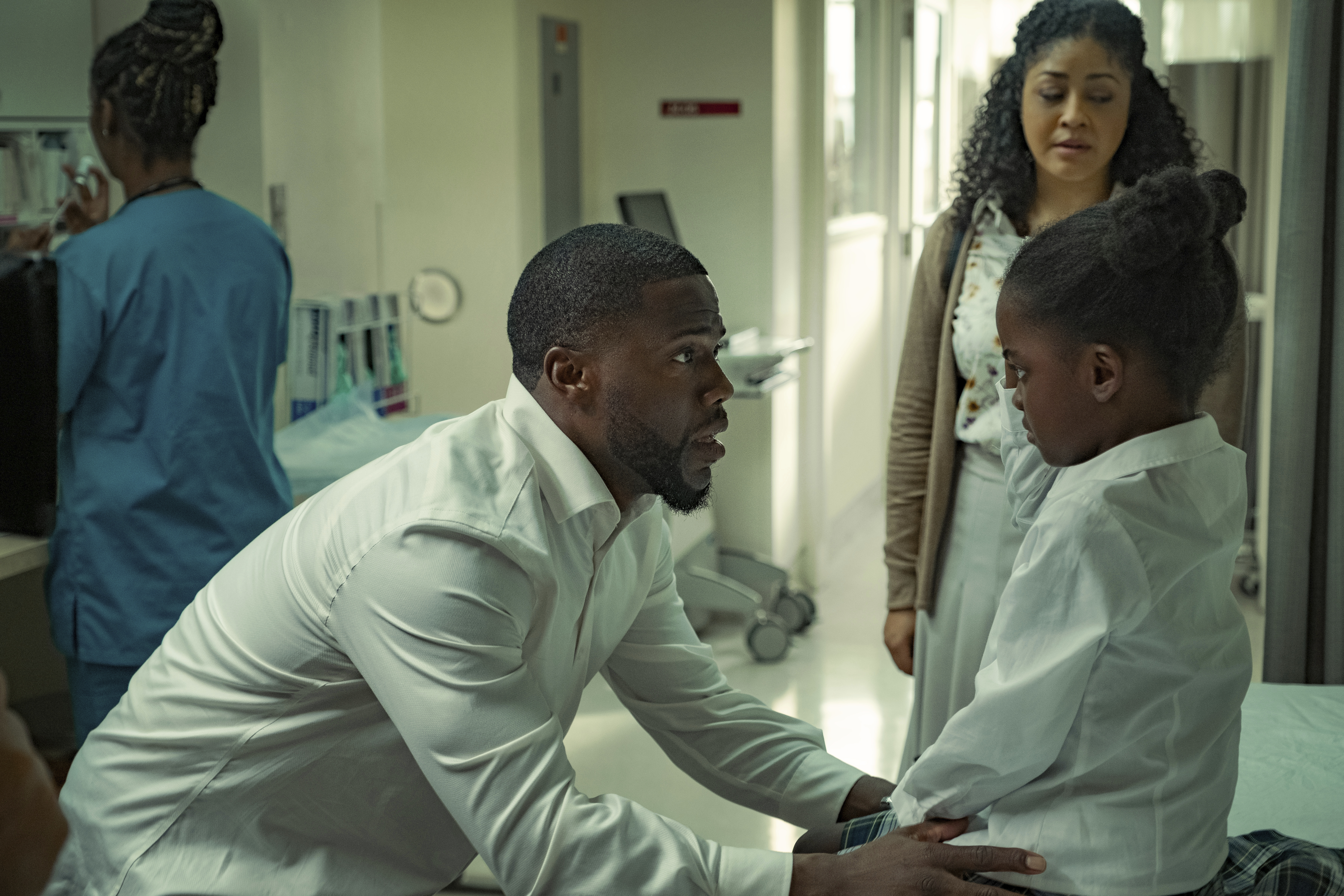 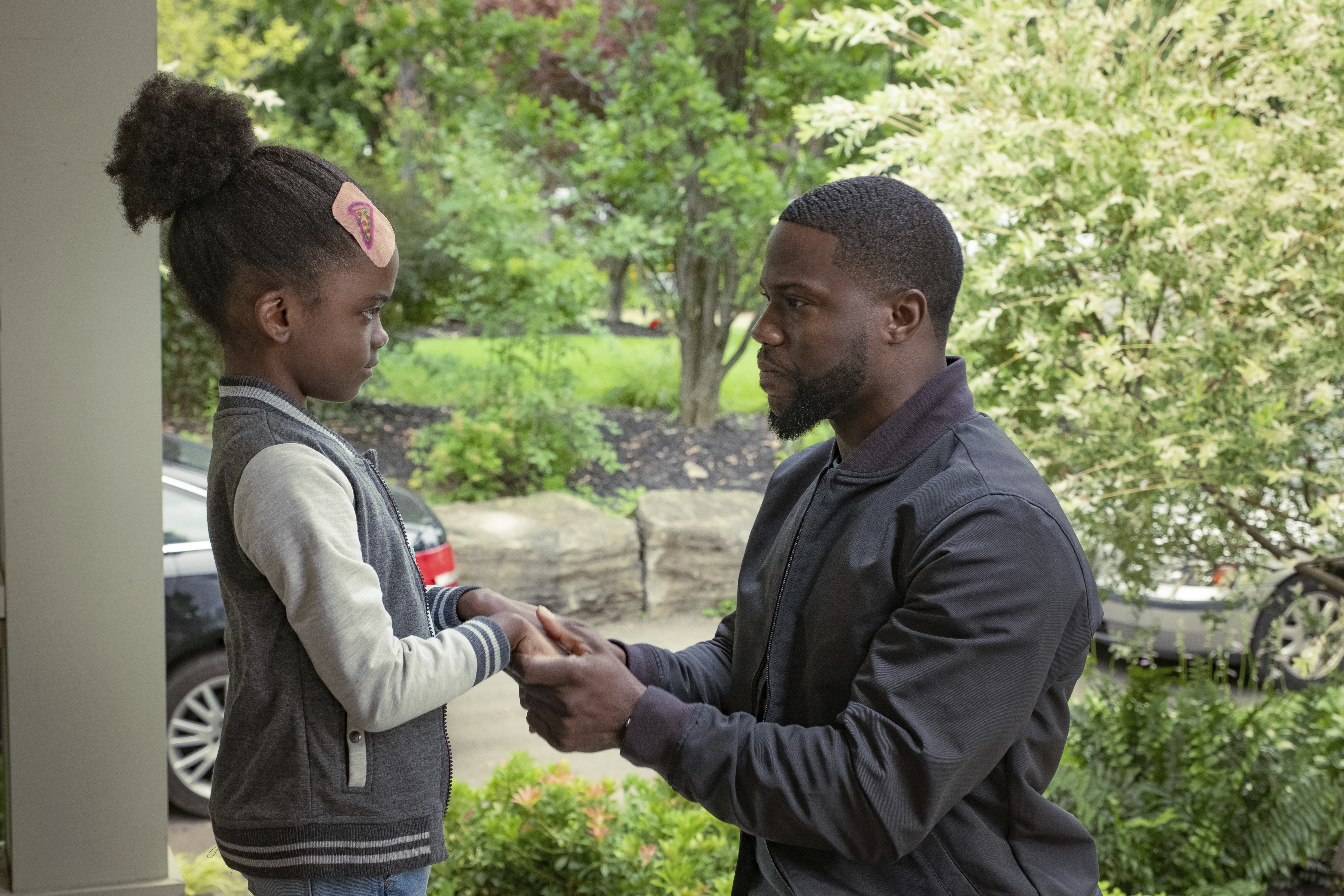 During a chat with Entertainment Weekly about his latest role, Kevin explained why it was important to him not to be the 'funny guy' this time around.

He said: "I didn't want to be responsible for laughs, laughs, laughs. I felt that that burden should be put on another talent that can come in, knock the ball out the park where we want them to be knocked out and then I go back to doing whatever it is that I have to do.

"When it was time for me to provide a laugh to some degree, it was done in a very tasteful manner. But, once again, never over the top for me. It was always subdued."

Fatherhood is available on Netflix now.