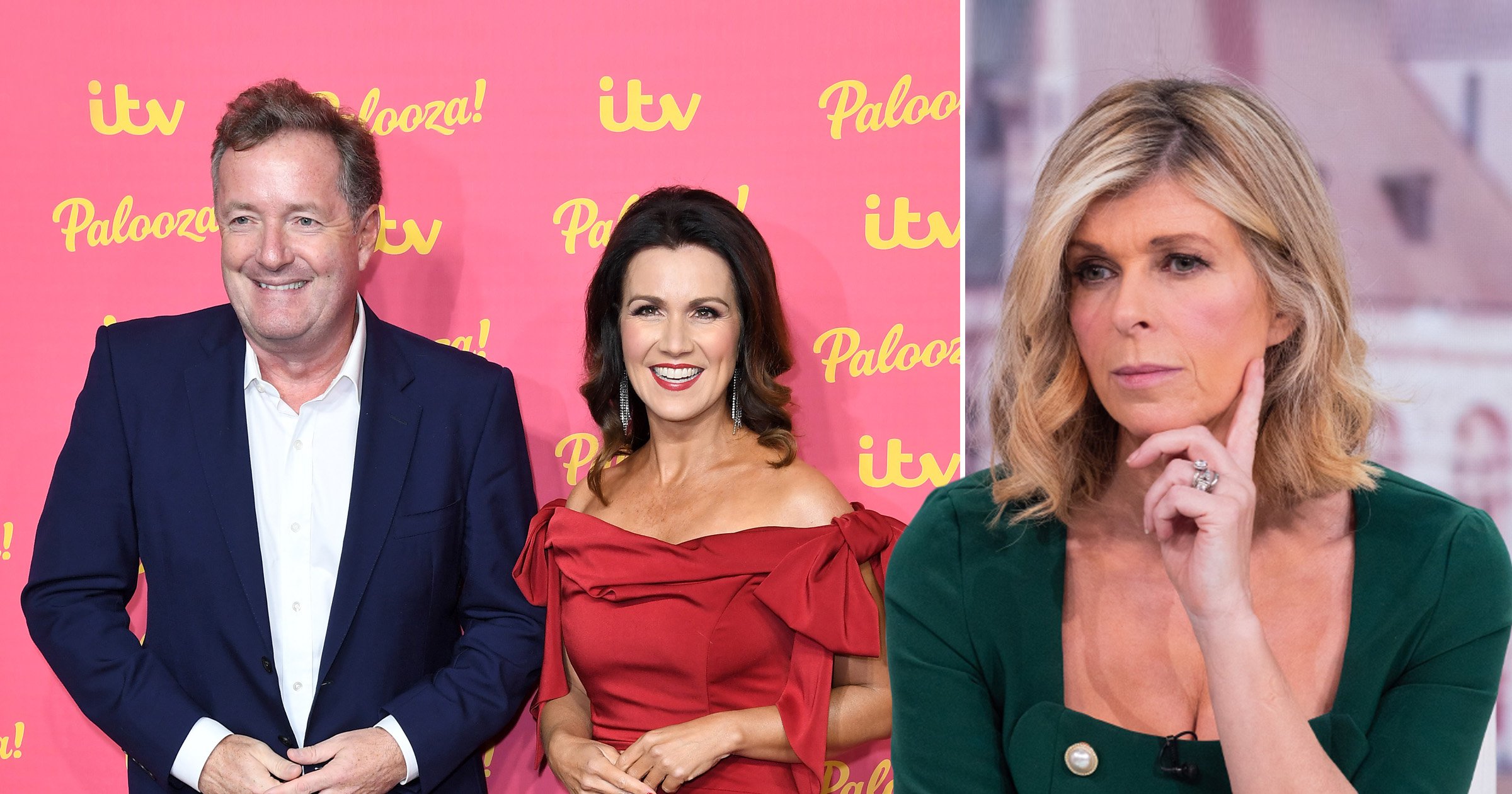 Piers Morgan is commonly considered to be the Good Morning Britain presenter you wouldn’t want to duel with – and is potentially the reason why the cabinet reportedly boycotted the show for over 200 days – but as Dominic Raab found out this week, it’s Kate Garraway they should be fearful of going up against.

In the past 12 months, the presenter and journalist has endured an ordeal that would be tough without the pandemic – she’s become the story.

In March last year, when coronavirus had just begun to chip away at our lives and the NHS, Garraway’s husband and the father of her two children, Derek Draper, contracted the disease. In the weeks that followed, his condition worsened and Draper was admitted to hospital, where he was placed into a coma.

Almost 12 months later, this is where he remains and continues what Garraway has described as a ‘slow’ and ‘terribly uncertain’ recovery.

When the seriousness of her husband’s condition first made itself known, Garraway took around four months off GMB but since July – for the most part – she’s remained on our screens.

As anyone who has endured the hospitalisation of a loved one will know, just showing up and doing your job can be beyond tough.

But when there’s a pandemic and you’re missing the in-person support of other friends or family? And when your job is to provide a rosy, bright start to the nation’s day? Just by turning up, Garraway has displayed a resilience the Government can only dream of.

Cut then, to this week, when Domnic Raab perched in front of his laptop for what he probably thought was going to be a light and pleasingly Piers-free grilling with Garraway and Ben Shephard.

Unfortunately, the segment took a few awkward turns as Raab seemingly took issue with the very concept of an interview, complaining about being interrupted and questioned on the latest hotel quarantine policy developments.

The foreign secretary’s first mistake was brushing the presenter off by being snipey, yet he ran with this theme and even offered a short statement on what the public apparently dislike about the media  – while remaining painfully unaware of what we don’t like about politicians.

‘Why don’t you pause and let me explain it [the policy], and then you can pick holes in it after?’ he said. ‘I think people get fed up of [the] media not allowing us to try and give honest answers even if you don’t accept them.’

He was also unhappy as Garraway tried to steer the conversation – which was supposed to be about Raab’s call for a ceasefire in war-torn countries – towards the latest hotel quarantine policy developments.

When she labelled the system ‘shambolic’, he hit back: ‘I think it’s rather cynical what you have suggested, I don’t think it’s fair at all.’

Throwing your toys out of the pram during a heated exchange with Morgan or receiving a dose of well-deserved side-eye from Susanna Reid is one thing, but getting snarky at Garraway is just a really quick way to look stroppy and out of touch.

Safe in the knowledge that she’d hit a nerve, the host stayed calm (which is more than Morgan can often manage) and laughed as Raab continued to tie himself in knots. Her professionalism shone through, which only made things worse for the minister.

It feels crass to say this about someone who has gone through so much but right now, Garraway is GMB’s best asset. During her two decades in live TV, she’s always been quick off the mark, a great interviewer and empathetic.

But right now, there’s arguably nobody else on British television who has seen Covid-19 as up close and personal as her, making the presenter incredibly well-prepared for tense encounters.

When discussion turns to anything related to Covid-19 – which is obviously a topic that comes up a lot – we know her words are rooted in a heart-wrenching experience and guests could make things significantly easier for themselves by remembering that, too.

Days before Raab’s appearance on the show, she made light work of dismissing a guest who argued vaccine passports were an impingement on people’s freedoms, correctly pointing out that we’ve all made life-changing sacrifices.

Even the most casual viewer will be aware Garraway knows what she’s talking about in those moments, but people who have followed her story closely will know even more.

This is a woman who hasn’t seen her husband since Christmas. A person who, after feeling low, took time off shortly after the festive period.

As conversations about mental health have taken place, Garraway has been in the studio, speaking openly and on-camera about her own struggles.

In the alternate universe where I’m somehow a cabinet minister who has been in a position of power as over 100,000 people in the UK have died from this virus, I wouldn’t be able to look Garraway in the eye (not even over Zoom), let alone dream of calling her cynical.