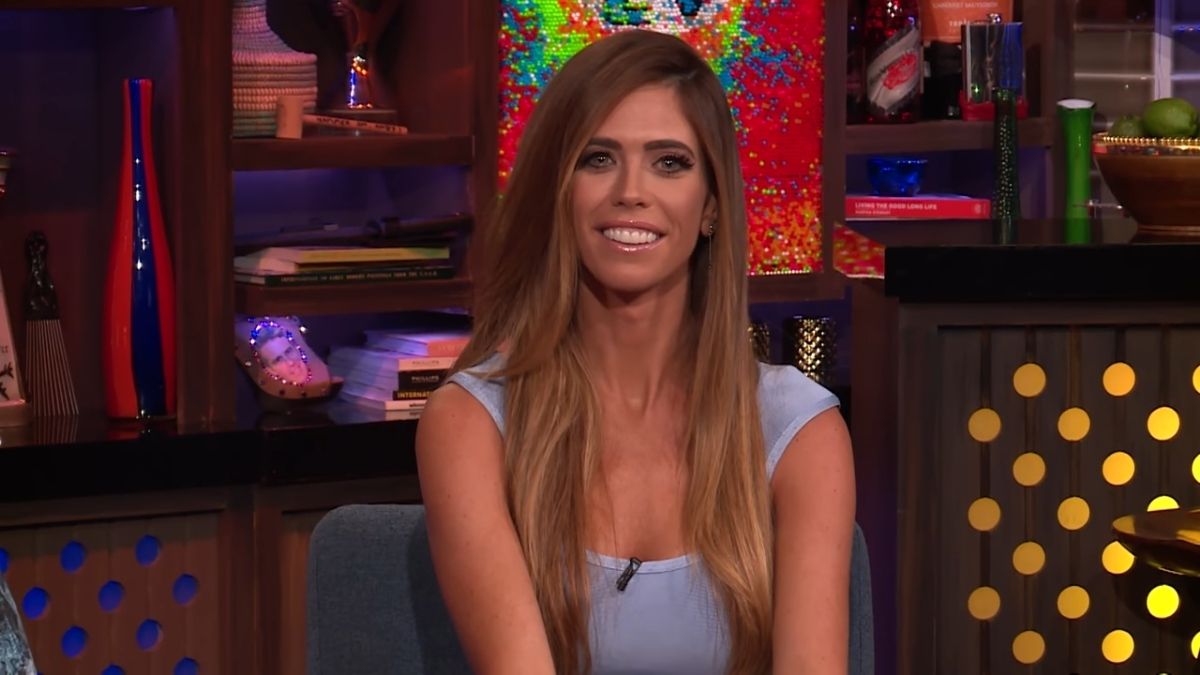 Former Real Housewives of Orange County alum Lydia McLaughlin is dishing about her time on the show.

And she’s also talking about her former co-stars and how much they hate each other behind-she-scenes.

Yes, she said that!

The outspoken mom-of-three joined the show in Season 8 and added quite a different dynamic with her spunk and glitter.

However, by Season 12, Lydia was out the door, and now she’s looking back at her time as an Orange County Housewife.

Do RHOC castmates hate each other?

In case you thought all the drama on RHOC was fake, this former alum is letting us know that it’s all real.

And much like the rest of the world, the 39-year-old thought the fights and quarrels were just for TV.

However, she quickly learned it was all too real.

During a chat on Behind the Velvet Rope with David Yontef, Lydia talked about her first impression of the show.

“I think that I assumed that it was fake or that like the girls are being dramatic,” Lydia said. “And then once the camera goes off, everyone has a glass of wine together and are actually friends.”

“But, that is the exact opposite,” she continued. “I would say, It’s just very much worse. It’s worse behind the scenes than it is. Yeah. They like hate; they hate each other even more… behind cameras.”

Lydia says the show is like a game of chess

During the interview, Lydia continued to dish about the cast dynamic.

“We’ll pretend to be friends on camera, sometimes not pretend, but like they’re using each other and… it’s very much a game of chess. And that was hard for me.”

The Bravo alum said it was “weird” being on the show.

“When you get put in, you’re not telling the story, and the way that you saw it was very different, but it’s, it’s weird. Cause you’re almost seeing something from another point of view, and you’re like, wow, I didn’t know all that was happening.”

As for whether or not she would make a return to The Real Housewives of Orange County, McLaughlin said, “I don’t see that happening, but you never know. Never say never.”

She added, “When I left for Season 8, I was like, I will never do that again. And then four years later, I was ready to go back. So you never know what your future holds. I’m always open to possibilities.”

The Real Housewives of Orange County airs Wednesdays at 9/8c on Bravo.