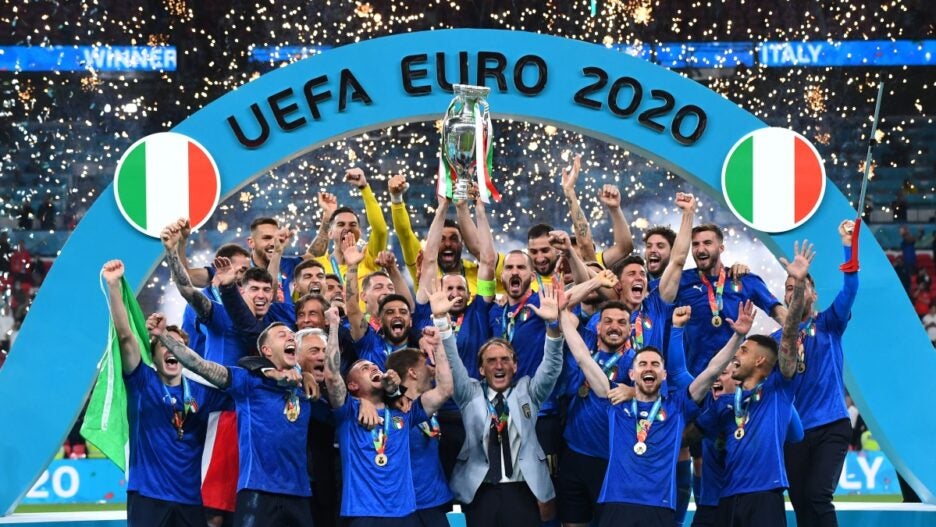 The Euros are moving from ESPN to Fox.

Fox has acquired the next two European Championships in 2024 and 2028 as part of a six-year rights deal with the Union of European Football Associations (UEFA). Along with the highly-prized tournament, which is considered the second-biggest international soccer competition behind the World Cup, Fox also gains rights to the UEFA Nations League, and all other UEFA national team competitions including friendlies and World Cup qualifiers.

No deal terms were disclosed. The agreement includes all languages aside from Spanish and Portuguese.

In total, the agreement includes more than 1500 soccer matches.

The European Championships, colloquially referred to as the Euros, are the second major soccer tournament that Fox has taken from ESPN, following the World Cup which Fox first aired in 2018.

The most recent Euros came this past summer due to the year-long delay of the previously-scheduled 2020 tournament because of the pandemic. It typically airs in between World Cup years, following the same every-four-year schedule. The next World Cup is scheduled for late 2022 from Qatar, meaning that Fox will have either the World Cup or the Euros every two years.