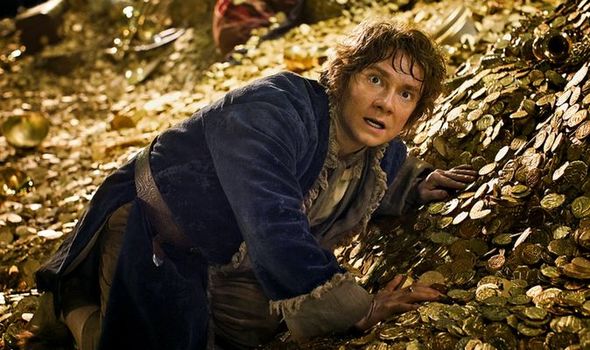 Similarly, the desire of writers and filmmakers to explore the early years of familiar characters never seems to fade, with decidedly mixed results. After all, are we really interested in Dracula’s happy childhood memories of playing with a stick-and-wheel in Transylvania? No, we are not. If we needed a pre-vampiric Count, his creator Bram Stoker would have provided one for us.

Likewise, why did anyone believe we cared what Butch Cassidy and the Sundance Kid might have looked like before they bloomed into the godlike Paul Newman and Robert Redford, or think we wanted to see Del Boy Trotter played by anyone but David Jason? Yet despite this grim track record, high-profile prequels to works perhaps better left untouched are already hurtling towards us.

Yes, I may be uneasy about Netflix’s Ratched, in which Sarah Paulson gives us a younger Nurse Mildred Ratched from One Flew Over The Cuckoo’s Nest, and HBO’s House of the Dragon, which proposes to take us back 300 years before the events of Game of Thrones, but I’ll reserve judgment for now.

On the other hand, even the prospect of Nick, Michael Farris Smith’s forthcoming prequel to F Scott Fitzgerald’s The Great Gatsby, makes me want to grab a pitchfork and flaming torch and march on the offices of the publisher before the book can see the light of day. Frankly, producing prequels to seminal works – whether films, books or television programmes – is a lot harder than making a sequel.

I should know, I’ve just published The Dirty South, a prequel to my first Charlie Parker novel, Every Dead Thing, which came out back in 1999. Since then, and over 16 more novels, my New York cop has become a tough private detective. Now for the 18th, we’re going back in time. I hope I’ve managed to get it right because, frankly, the odds aren’t good.

Here, then, are five terrible prequels, followed by five great ones. Feel free to differ, but if you disagree with the first of them, you’re just plain wrong…

The Dirty South by John Connolly (Hodder & Stoughton, £20) is out now. For free UK delivery, call Express Bookshop of 01872 562310 or order via www.expressbookshop.co.uk 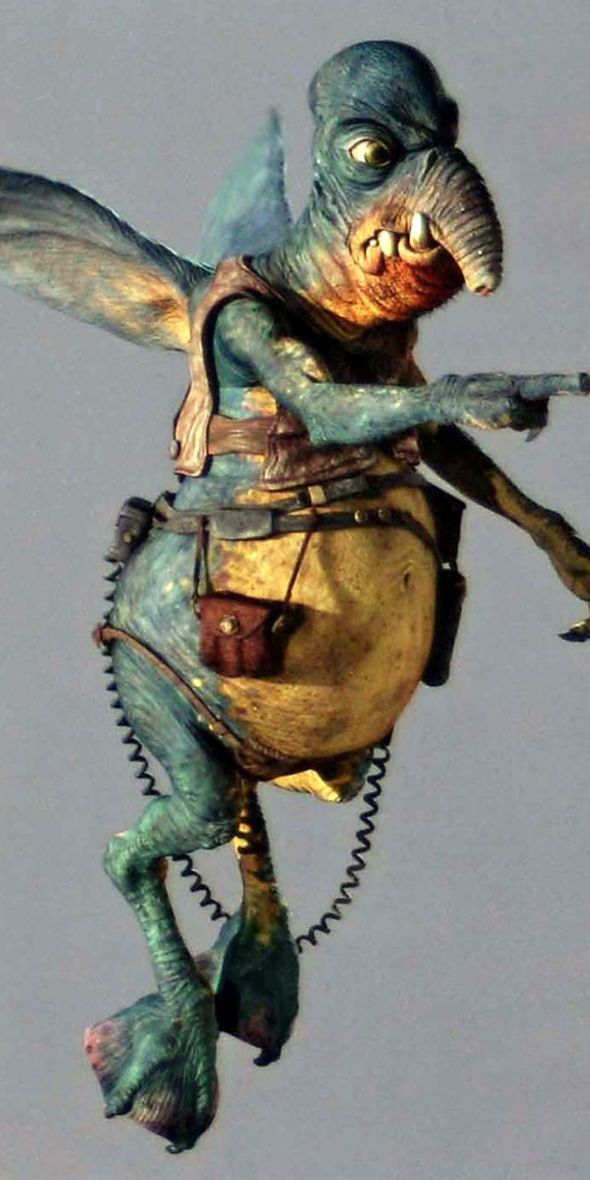 The granddaddy of bad prequels, the ripest piece of old camembert on the shelf, the stinker to which all others can only aspire.

This is the cinematic equivalent of a burglar breaking into your home, stealing your childhood photos, and setting fire to them on your lawn. After all, what kid doesn’t love a film based on the taxation of trade routes, and peopled by thinly veiled racial stereotypes? Look, Mummy, it’s a mean, Jewish-sounding slaver with a big nose. What fun!

John Sullivan was a brilliant scriptwriter and Only Fools and Horses remains one of the crowning glories of British television comedy. But the shadow cast by the series over Sullivan’s subsequent career was so deep he seemed either unwilling or unable to escape it.

The Green Green Grass, in which secondary characters Boycie and Marlene relocate from Peckham to rural Shropshire, proved moderately successful over four series, but Rock & Chips was doomed from the start.

A drama comedy about a young Del Boy and Rodney, centring on the issue of Rodney’s parentage, it was neither dramatic nor funny enough to survive for more than three (long) episodes. Despite James Buckley’s best efforts as the teenage Del Boy, David Jason was so associated with the character viewers were constantly aware of his absence. Like Waiting For Godot, with a guest appearance of Godot as a child.

The Hobbit trilogy is filmmaking at its most bloated and unnecessary, although there is much to admire in Martin Freeman’s portrayal of Bilbo Baggins.

By the final instalment, though, the cracks were showing, not least because all three movies were filmed in high resolution, projected at 48 frames per second (great for sport and video games, lousy for everything else) and shown in 3D, so that even the most expensive effects looked cheap.

The film stretched the original novel’s five pages of battle to an hour of cinematic action, dispensed with niceties like characterisation, and got its timelines so mixed up that Legolas could be sent to find “Strider” (Aragorn) at the end, even though Aragorn would only have been 10 years old at the time. The kind of movie that leaves you checking you still have your wallet and watch, just in case the filmmakers might have stolen those along with your time.

Lecter, first played by Anthony Hopkins, is one of the great bogeymen of fiction, an intelligent, cultured killer who just happens to like nibbling on his victims.

Hannibal Rising, though, is shocking for all the wrong reasons. Armed with a child’s introduction to criminal psychology, the 2007 film version explains that Lecter became a canni­ bal because Nazi colla­ borators, led by Hugh Grant’s flatmate from Notting Hill and Tommy out of Trainspotting, ate his sister. So if someone kicks my brother, I’ll become a footballer? Rubbish. 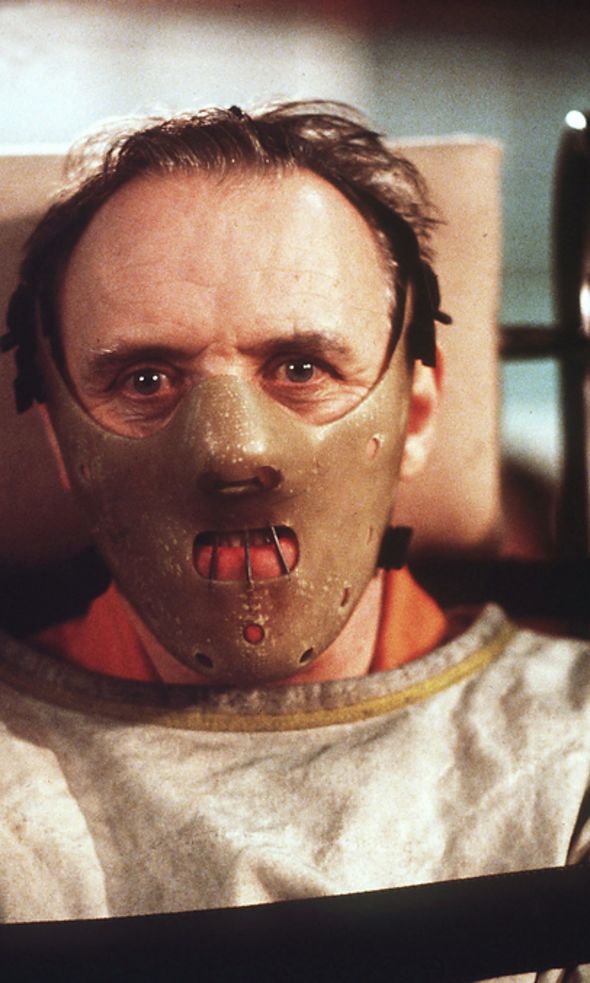 In which Ridley Scott undoes 40 years of good work in two hours and three minutes. The mysterious, sexually threatening extra­ terrestrial of the earlier films is transformed into a toothy biological weapon created by cheerless bald Engineers, which Scott then uses to warn us of the danger of rogue AIs [robots] that resemble Michael Fassbender. The fact that Alien: Covenant bombed at the box office suggests it’s not a good idea to overthink the elementally terrifying, or place the future of humanity in the hands of astronauts who only listen to John Denver songs.

It’s interesting to read Colin Dexter’s early Inspector Morse novels to be reminded of just how sleazy the charac­ter could be. The casting of John Thaw as the iconic Oxford detective led Dexter to alter his depiction of Morse in the later books, softening his rougher edges. It was less a case of John Thaw becoming Morse than Morse becoming John Thaw.

The actor’s untimely death in 2002 should really have marked the end of any further on-­screen appearances, but Russell Lewis, creator of Inspector Morse spin-­off Lewis, has somehow managed to produce seven series of gold from the adventures of the younger Morse, played by Shaun Evans. Mind you, it’s a wonder there’s anyone left alive in Oxford at this stage.

Clearly, you take your life in your hands just by visiting. 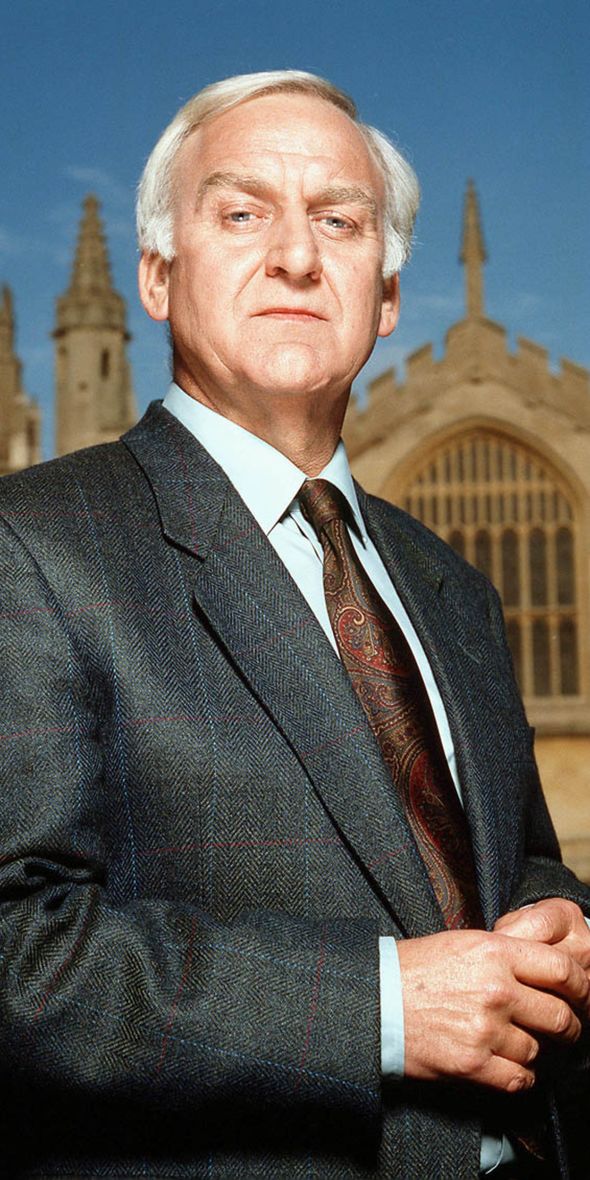 It may be the most obvious of choices, but that doesn’t mean it should be ignored. Francis Ford Coppola’s The Godfather: Part II is both prequel and sequel, offering parallel narratives of past and present.

Michael Corleone (Al Pacino) sets out to consolidate his power as godfather, alienat­ ing or killing those close to him along the way, while his father Vito (Robert De Niro) rises from penniless turn-of-th­e century Italian immigrant to jowly Mob boss.

You only have to look at how later film­ makers botched prequels – take a bow, Richard Lester, for Butch And Sundance: The Early Days – to glimpse the travesty that might have been.

There was a time when Breaking Bad was regarded as the greatest American TV drama ever made, but only by those who had never seen The Sopranos, most of The Wire, or the final season of Breaking Bad itself.

The early, near-­glacial pace of Better Call Saul, with Bob Odenkirk in the title role, might have been alienating at first, but it has resulted in a depth of character that shows up all the weaknesses of its parent series.

And astonishingly, as it enters its sixth season, Better Call Saul seems only to be getting into its stride.

Writers tend to shy away from prequels to their own work, perhaps because looking forward is easier than looking back. Then again, it takes a lot of care and research to ensure that a prequel doesn’t contradict what has already come after.

Some writers, though, simply decide not to bother with any of that old nonsense. For example, The Happy Return (1937), the first of CS Forester’s Horatio Hornblower novels to be published, is actually chronologically the sixth in the series, but offers a version of Hornblower’s past often contradicted by the books that come after.

A way to avoid trouble is to write about a character created by another author, preferably one who is, a) dead, and, b) safely out of copyright. In Wide Sargasso Sea, Jean Rhys gives us the tale of the first Mrs Rochester, the “madwoman in the attic” from Charlotte Brontë’s 1847 novel Jane Eyre, using it to examine issues of race, feminism and colonialism.

(See also Geoffrey Maguire Wicked: The Life And Times Of The Wicked Witch Of The West, which uses Frank L Baum’s Oz books to examine issues of witchcraft, greenness, and shoe envy.)

CS Lewis produced two prequels as part of the seven-­novel Narnia sequence that begins with The Lion, The Witch & The Wardrobe. The better of them – and possibly the loveli­est of the seven books – is 1954’s The Horse and His Boy. The plot involves an attempt to force Susan Pevensie into an arranged marriage and ends with a big battle, but the emo­tional heart of the tale is the relationship between the slave boy, Shasta, and the talk­ing horse, Bree.

The tenderness of it is almost enough to make the reader forgive Lewis for ending the series as he did with The Last Battle. Almost, but not quite.