GEMMA Collins filmed a group of topless dancers strutting their stuff in her garden as they auditioned for her theatre tour.

Gemma, 39, announced she's planning to give fans the chance to see her on stage in a video on Instagram last night. 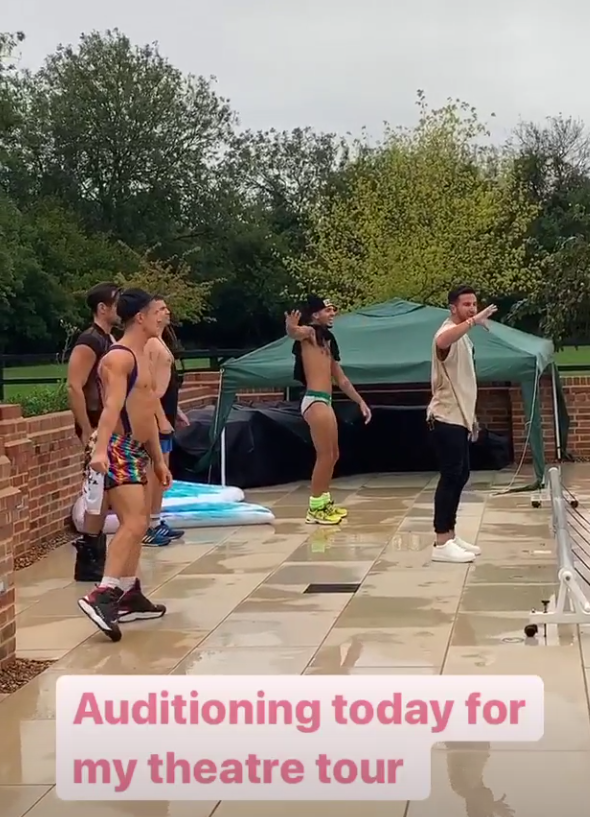 She whipped out her camera phone after inviting a group of hunky lads over to practice in her huge back yard with choreographer Aaron Renfree.

Aaron could be heard in the clip counting out the beats as the men duly followed his steps.

One dancer sported rainbow shorts, and another brave fella danced in the rain in his tight underpants as they showed off their talents.

Reality star Gemma Collins, 38, has a theatre and dance background. 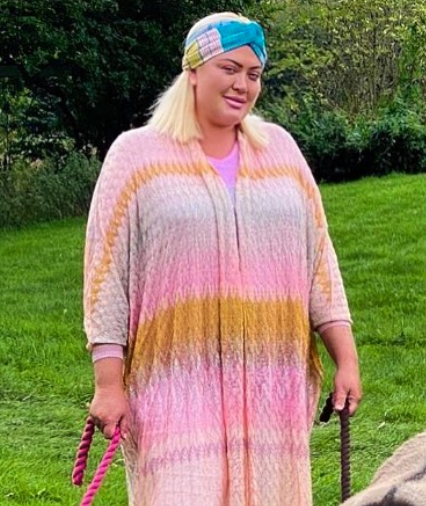 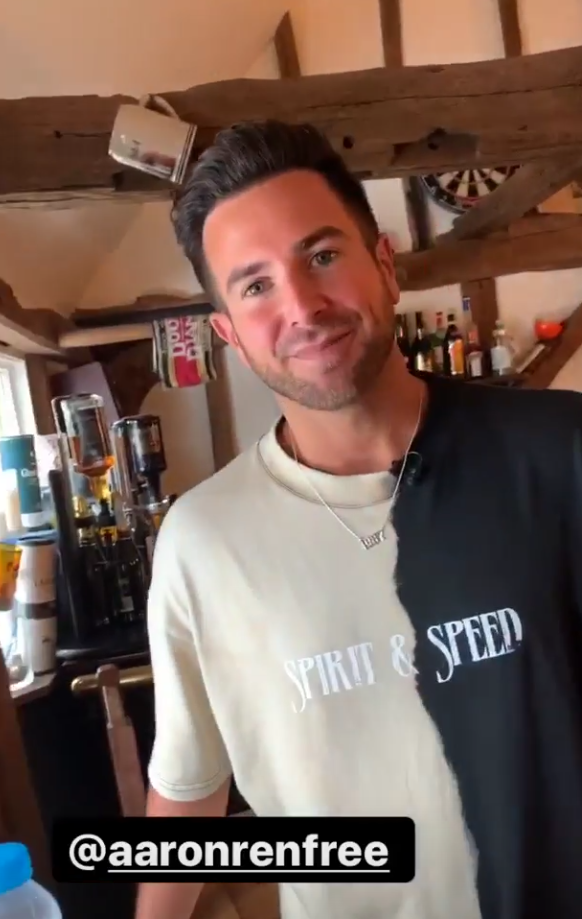 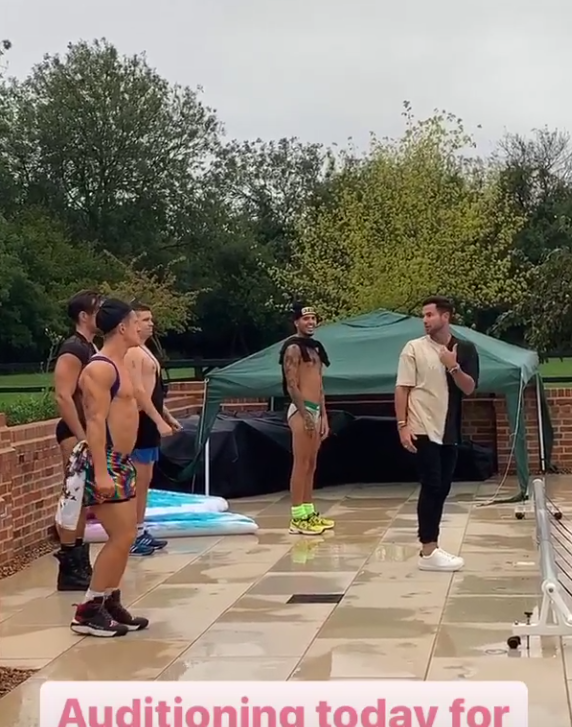 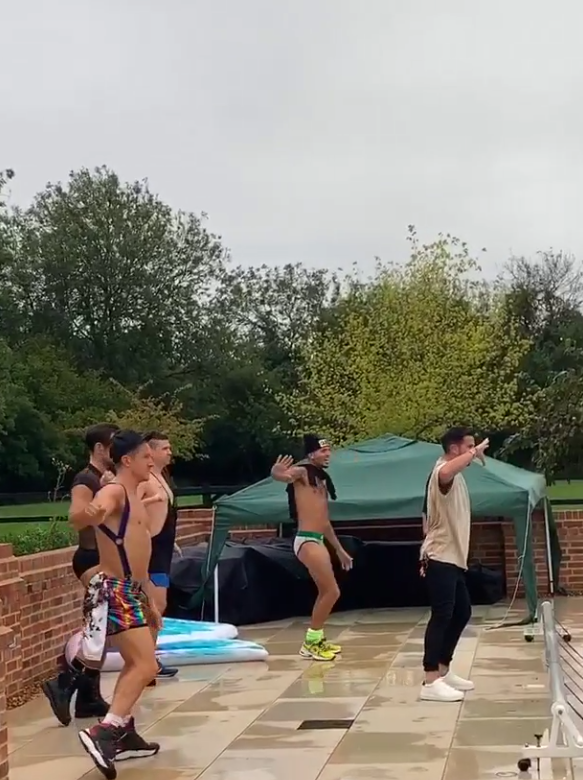 She grew up in Romford and attended the Sylvia Young Theatre School in Marble Arch, London.

Her fellow students were the likes of Amy Winehouse and Rita Ora.

She shot to fame in 2011 after landing a major role on The Only Way Is Essex in the second series.

Despite starting out as a car salesperson, Gemma's popularity on the show allowed her to launch her own clothing line and boutique shop in Brentwood. 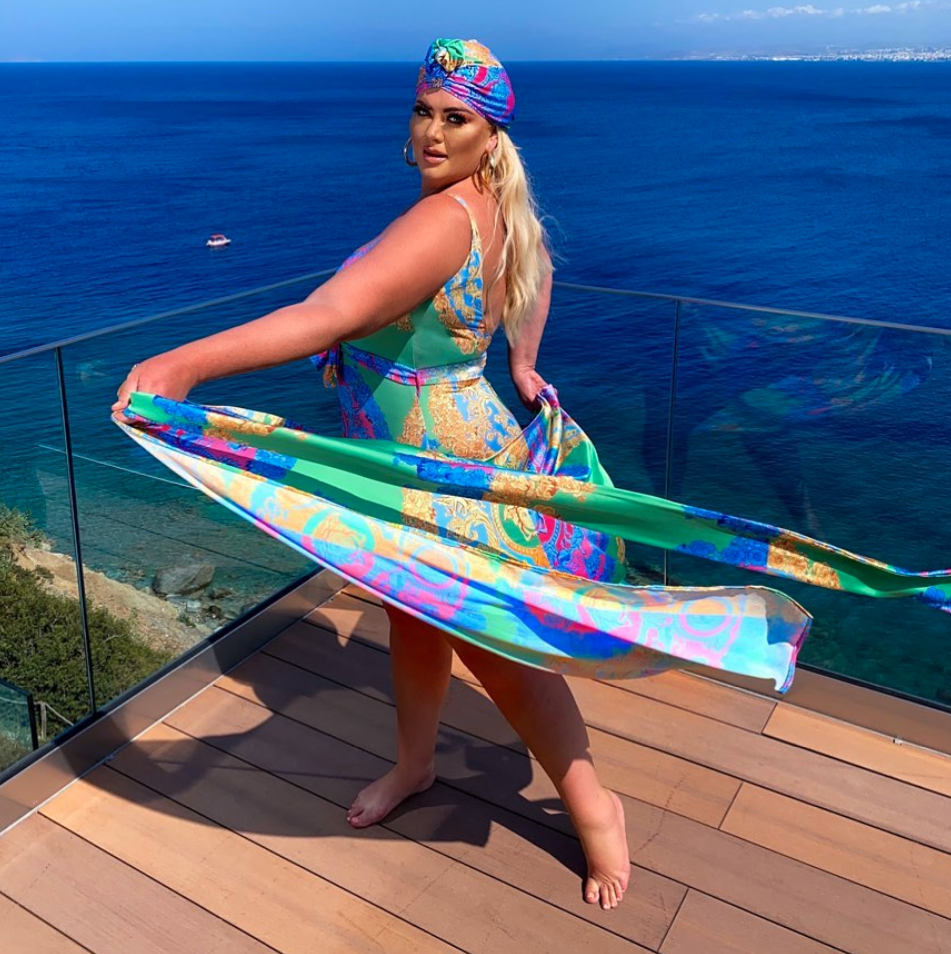 The GC's range specialises in plus size fashion and is also available to buy online from her website.

The star has also made numerous TV appearances, including her short stint on I'm a Celebrity Get Me Out of Here in 2014.

Gemma has a reported net worth of £2.7million and landed her own show Gemma Collins: Diva Forever.

Gemma split with her boyfriend James 'Arg' Argent earlier this year, after he told her he wanted an open relationship and cruelly branded her a "hippo" in a text.

efore then she has been in a relationship with Laurence Hearn – who she met on the 2018 season of Celebs Go Dating – and jailbird Stephen Mortimer in 2015.

The reality star has since found love once again – with businessman Nadir Gul.