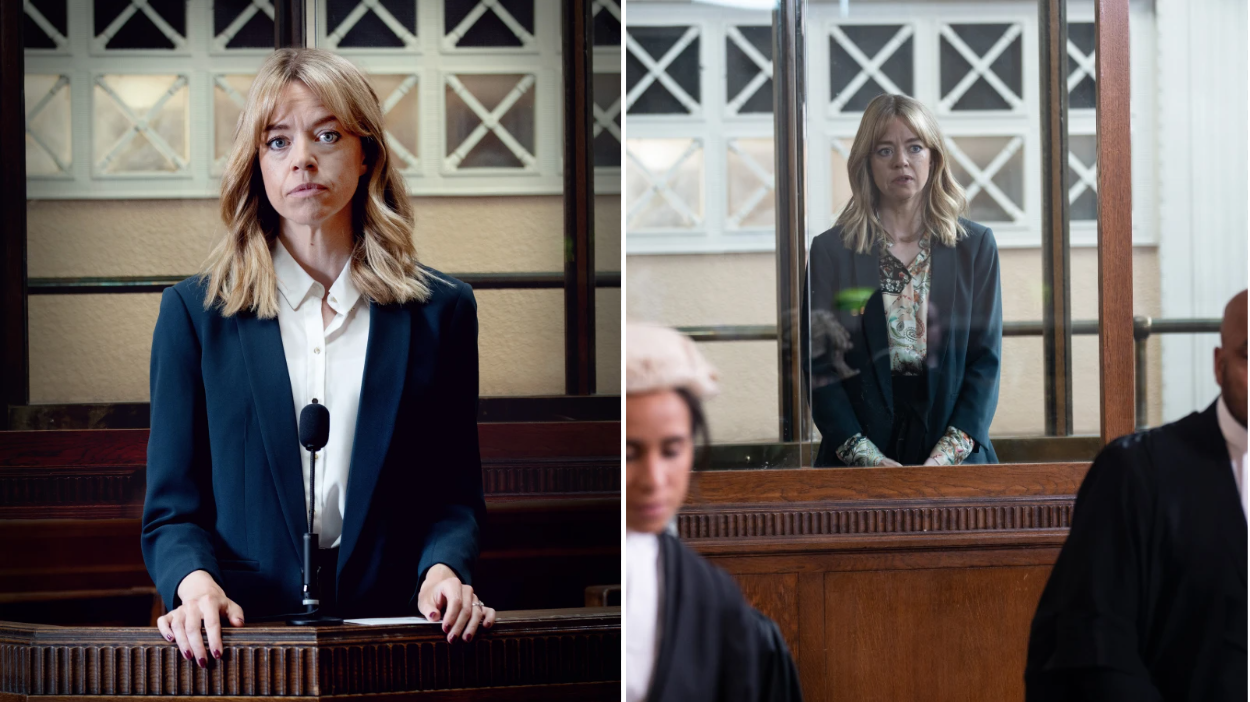 There’s huge drama coming up in Coronation Street as Toyah Battersby (Georgia Taylor) faces trial for the killing of her husband Imran Habeeb (Charlie De Melo), who died in a car crash when Toyah was driving.

But did she deliberately crash the car? She tells Spider (Martin Hancock) that she did, but Georgia Taylor told us that her actions in the moment were more of a grey area.

‘I do believe that she genuinely loved Imran,’ she says. ‘If you’d have said to her in that moment, “If you do this, he’s going to die,” there’s no way she would’ve done it, so I just don’t think there was enough clarity of thought for her in that moment.’

Even so, with Toyah being in an emotionally fragile state and with people like Adam Barlow (Sam Robertson) prepared to testify against her, there’s every chance that Toyah could be found guilty and sent to prison. And Georgia says she wouldn’t mind that at all.

‘I’ve said all along, I really want a prison storyline because it looks like so much fun,’ she says, and outlines how she thinks a prison spell could play out for her character.

‘It could go one of two ways,’ she says, warming to her theme. ‘Because Toyah’s got this counselling background, she could become someone that the fellow inmates come to and she’s very supportive. Or, she could just be bullied massively, I could really see her getting bullied. She’d need to find some of that Battersby spirit to get her through her time in prison. If that were to happen, I think the writers could feasibly go either way with it, actually.’

Could Georgia get her wish as Toyah becomes the latest Coronation Street character to serve a prison sentence?

‘Whether or not Toyah is guilty of murder, as we define it, she was the person who was behind the wheel when that car crashed so she is responsible, that’s unquestionable.

‘It was definitely her fault, we just don’t know whether she meant to do it or not.’