HOLLY Willoughby amazed This Morning viewers today with her trick for opening a banana – from the wrong end.

The 39-year-old presenter left many impressed as she revealed a way of unpeeling the fruit without any white stringy bits. 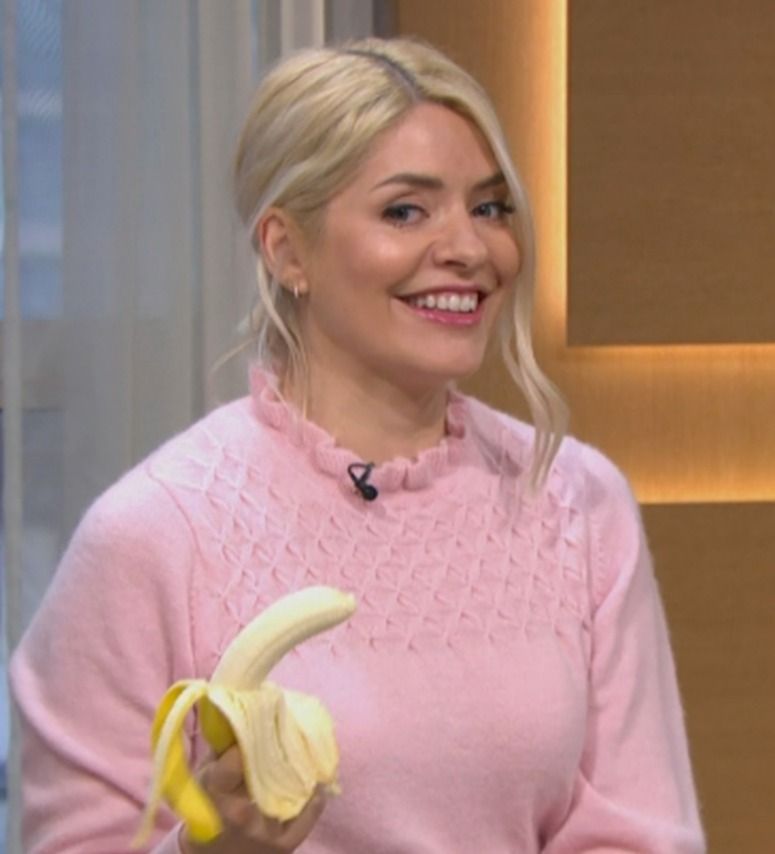 "It peels off much easier and you don't get those white strings. It peels them the other way.

"That's how the animals do it. Only humans eat it that way round – animals all eat it from that end."

Chef Phil Vickery, 59, looked on impressed, saying: "They're not silly are they?" 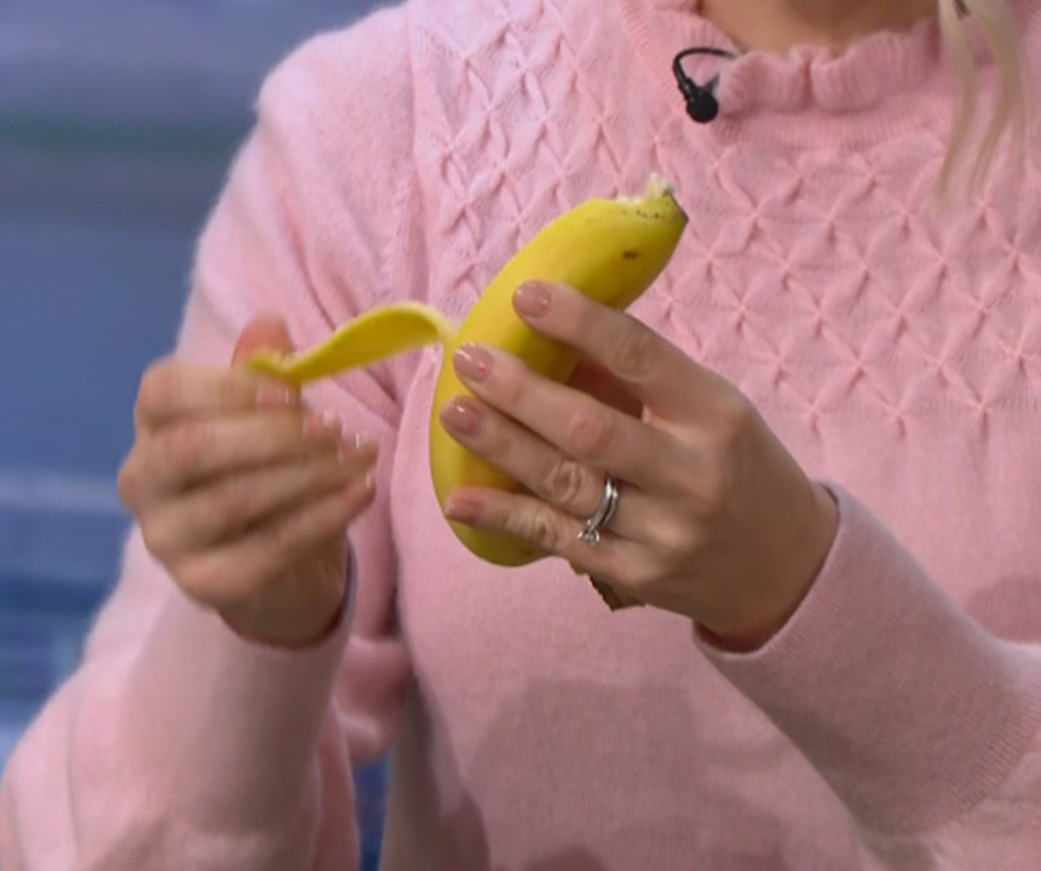 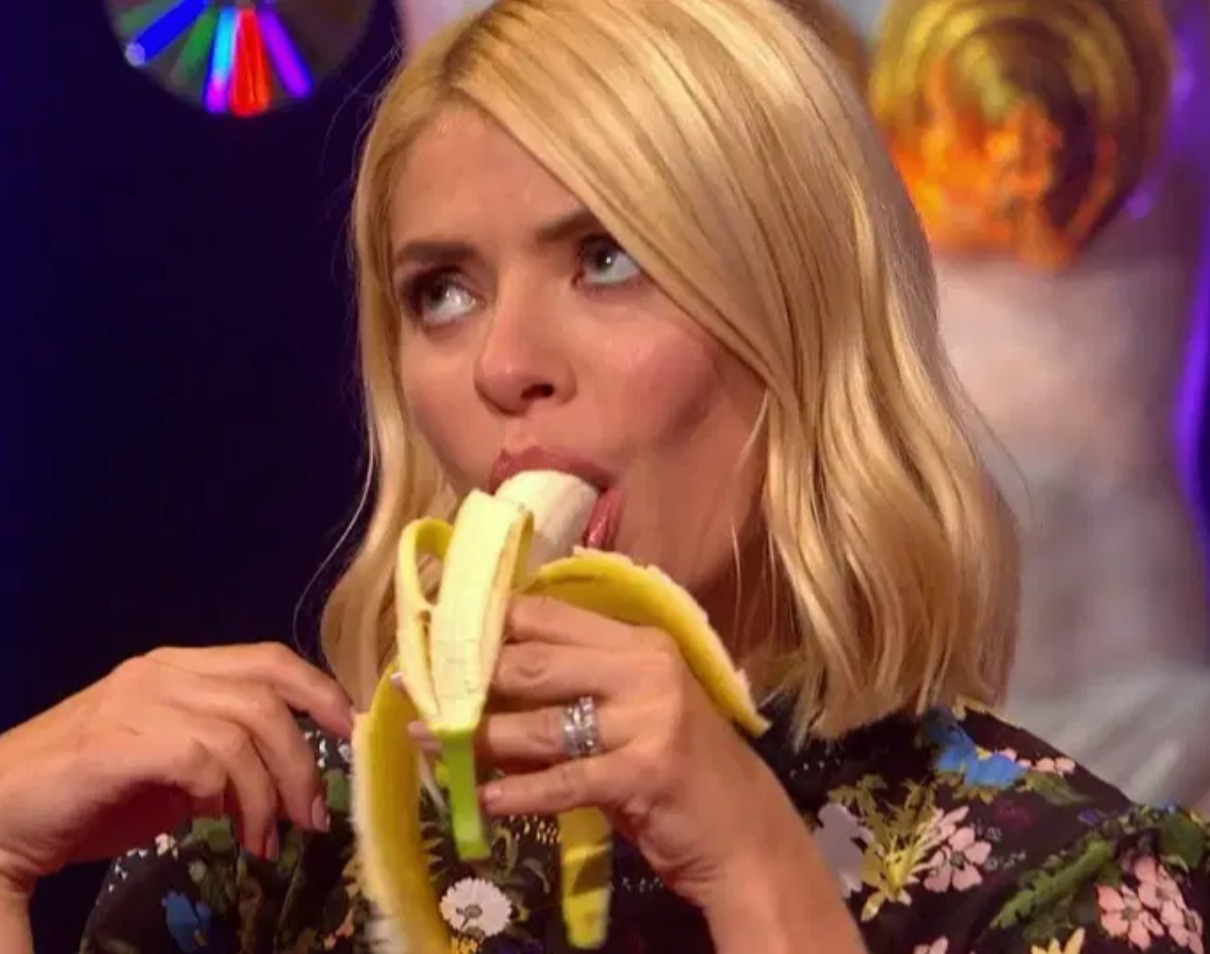 However, Holly's co-host Phillip Schofield, 58, tried to pour cold water on the trick, insisting there was a white string hanging off the banana.

The star is no stranger to performing with a banana, seductively eating one during a 2018 appearance on Celebrity Juice. 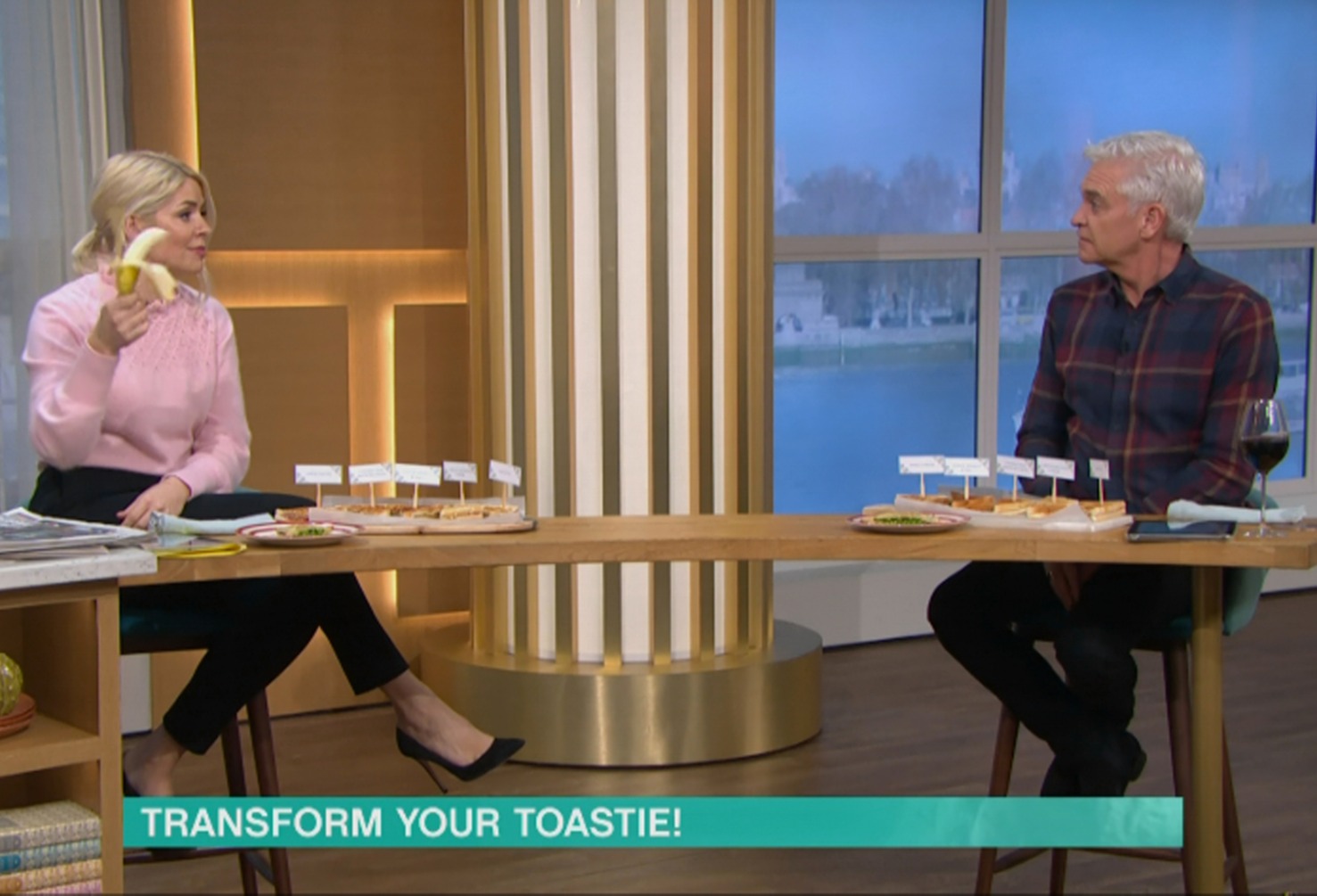 This Morning's fans piled onto Twitter to say they'd been opening bananas from the 'wrong' end – the top – their whole lives.

However, predictably, there were plenty of others who were just pleased to see Holly Willoughby with a banana because of the opportunity for cheeky innuendos.

Even Phillip joined in, laughing: "I want to see what you do with that banana, Holly."