Golden Globes 2022 was a private event

NBC previously confirmed that they wouldn’t host the Golden Globes 2022. This comes after a wave of controversy The Los Angeles Times once reported that the Hollywood Foreign Press Association (HFPA) had no Black members within its small, private organization.

To make matters worse, they allegedly accepted bribes to vote for specific film and television titles. These controversies tarnished the awards show’s image and delegitimized its importance in the awards season. Several studios, actors, and audiences around the work tried to tell the HFPA to cancel this year’s show.

The Golden Globes 2022 announced that the event would live stream for viewers to watch from home with no red carpet or in-person audience. Ultimately, they opted for a private event with no live stream option. Audiences could only see the winners updated via the website and on social media, which made for a strange awards event.

The Golden Globes 2022 ‘West Side Story’ winner announcement confused everyone

Spielberg’s West Side Story unsurprisingly won Best Picture – Musical/Comedy. However, it’s the announcement that puzzled audiences around the world. The official Golden Globe Awards Twitter page clearly assumed that the award-winning movie would be a comedy. As a result, they essentially called West Side Story filled with “laughter.”

“If laughter is the best medicine, West Side Story is the cure for what ails you,” the Golden Globes tweeted. “Congrats on the Golden Globe for Best Picture — Musical/Comedy.”

However, the Golden Globes since deleted the tweet. One Twitter user screenshot the message before it was taken down and mentioned how social media “bullied” the awards page into pulling it down. Some folks brought up the movie’s inclusion of killing and attempted sexual assault, making it an inappropriate post. 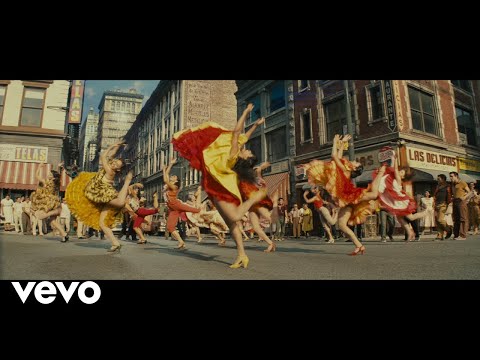 West Side Story is continuing to gain Oscar buzz, even despite it being a box office failure. It earned a quiet $53 million against a budget of around $100 million. As a result of several factors, Disney is set to take a financial loss. Nevertheless, the Golden Globes 2022 is a step forward in earning the movie additional awards buzz.

It doesn’t quite hold the heavy awards buzz that Belfast and The Power of the Dog have, although West Side Story is still a serious contender leading into the Oscar season. The Golden Globes 2022 isn’t a guaranteed indicator of the winner, although it’s another opportunity for titles to get a last bit of promotion before Oscar voting takes place.