Want the most up-to-date celebrity exclusives sent straight to your inbox every day? Sign up now and join the club!

We’re used to watching him host ITV’s Good Morning Britain, but presenter Sean Fletcher has shown there’s more than one string to his bow by making his acting debut in Keeping Faith.

Eagle eyed fans spotted Sean as he stepped into the shoes of a straight talking lawyer in the third instalment of the BBC series, alongside lead actress Eve Myles.

In the short courtroom scene, Sean, 46, was seen addressing a key witness, and fans were quick to comment on the familiar face’s surprise appearance.

Get exclusive celebrity stories and fabulous photoshoots straight to your inbox with OK!'s daily newsletter . You can sign up at the top of the page.

Taking to Twitter after it had aired, Sean, who revealed last year he would be making his acting debut in the show that’s filmed in both English and Welsh, posted the video clip to his social media account.

Alongside it, he wrote: “Blink and you miss it. My appearance in #KeepingFaith. I’m in a later episode too.”

Immediately, fans of the show said they had been trying to work out whether it was him or not, and were pleased that he had confirmed it. One wrote: “I thought it was you!!!!!” While others agreed that they had recognised him and questioned if they were right or not.

TV fans were also quick to congratulate Sean for the part that he played, showering him in compliments for branching out into acting.

One wrote: “You had an important part. You were amazing.” As another added: “Is there nothing you can’t do??”

Another even called for Sean to do more acting work, saying: “Oooh things are looking good for you!!! Hope to see more of you on our screens you have the talent use it!!!!”

Previously speaking about trying his hand at acting, Sean told his Good Morning Britain co-star Charlotte Hawkins: “I've been doing a bit of acting! I am not an actor.”

"I was asked to do a programme called Keeping Faith which is a BBC programme, it's also in Welsh,” he continued. 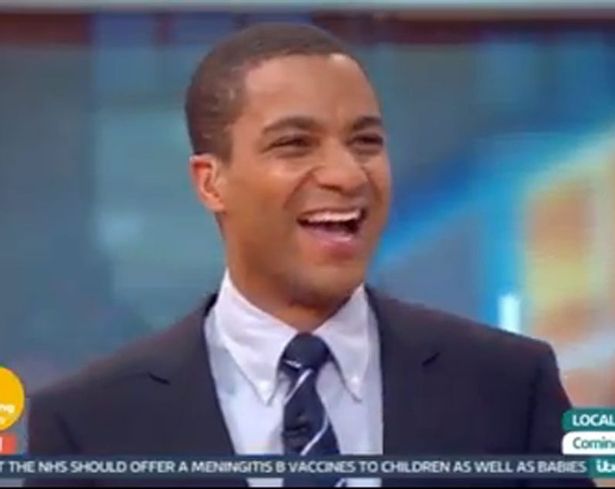 The star went on to explain that it was only a small part across two episodes and laughed about being left out of the trailer that had been released to promote the show.

He explained: "I had two lines, three or four, but they straddled two episodes so I'm in two episodes.”

Sean concluded: “I actually play a QC who is up against Eve Myles, and that's all it is."