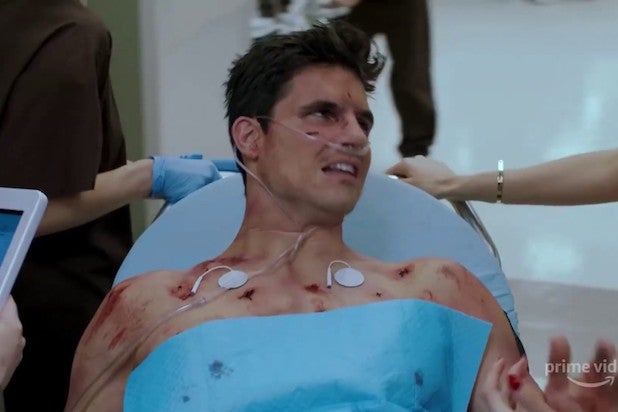 A week after its debut, Amazon has renewed the sci-fi comedy “Upload” for a second season.

The series is from “Office” creator Greg Daniels and takes place in the near future, where people can be “uploaded” into a virtual afterlife of their choice. Robbie Amell stars as a young app developer Nathan Brown who gets “uploaded” after dying into his girlfriend’s family’s luxurious virtual afterlife.

“I am thrilled to continue a great relationship with Amazon Studios and this wonderful cast and find out what happens next to Nora and Nathan and Ingrid and their 2033 world. With this news I can stop drawing my season 2 flip book,” Daniels said.

“In Upload, Greg Daniels delivered a smart, cinematic comedy crackling with intrigue and it has clearly delighted our customers who have spent a lot of time in Lakeview this past week,” said Jennifer Salke, Head of Amazon Studios, “We know our global fans want to see the next chapter with Nathan and Nora so we are greenlighting Season Two and are excited that Greg’s passion project has found such a devoted audience.”