Not everyone can afford tickets to Broadway. And given the coronavirus (COVID-19) pandemic, the theater community has been shut down for months. So, to that end, Disney+ performed something of a public service when it changed its Hamilton plans.

Now fans can see the original Broadway cast perform the show as many times as they want. As such, Hamilton is inspiring an entirely new legion of fans. Now one of the show’s stars, Leslie Odom Jr., has revealed what was going on in his head each time he took the stage. 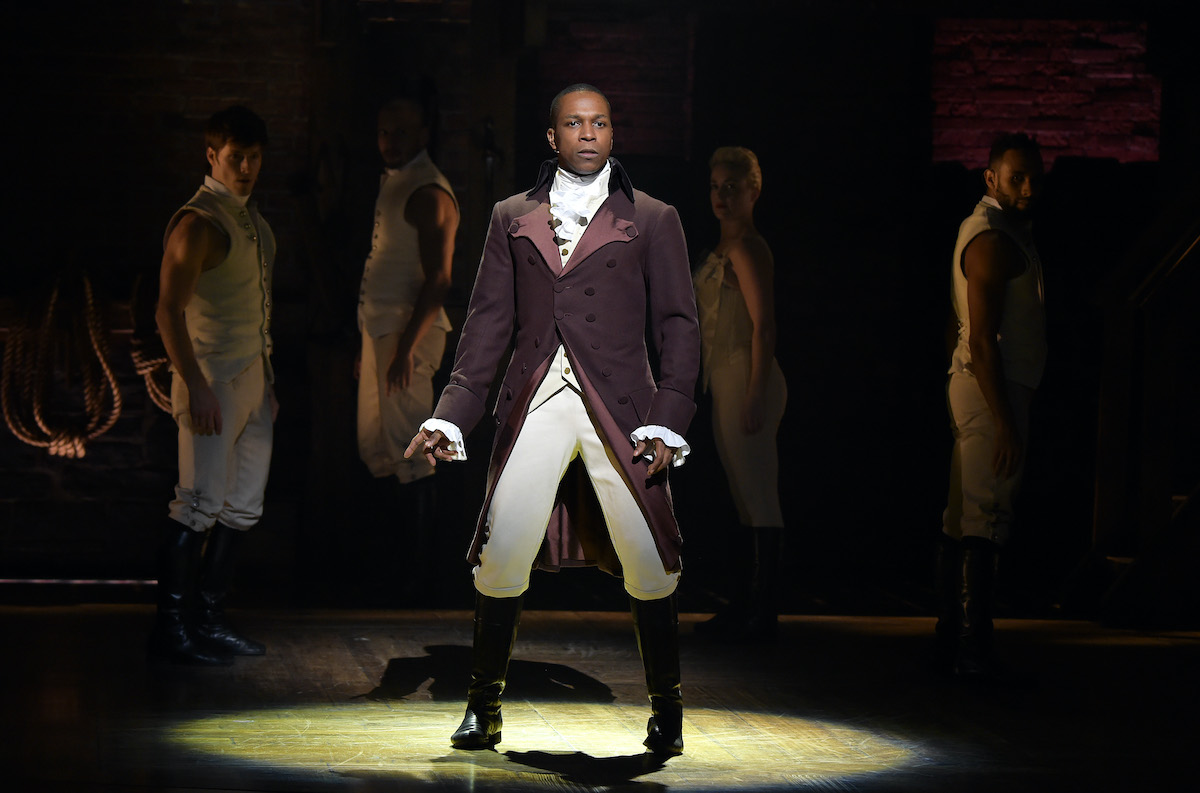 A filmed stage performance of Lin-Manuel Miranda’s wildly successful, Tony-winning musical was originally set to hit theaters in fall 2021. But Disney — which paid $75 million for the project — opted to send it directly to its new streaming service instead.

For fans, seeing the original Broadway cast is a real treat. Otherwise, they might have never been able to witness Odom’s powerful turn as Aaron Burr. As the rival of Alexander Hamilton (Miranda) — who ultimately defeats Hamilton in a duel — Odom is just as much a lead as Miranda.

In fact, his character’s journey is a tragic one. Burr is less of a villain than an anti-hero. And in many respects, he is as complex and sympathetic a character as Hamilton himself. So fans of Odom’s performance are likely eager to learn how the actor brought the role to such vibrant life onstage.

‪Get your first look at the original Broadway production of @HamiltonMusical, filmed live on stage, coming to @DisneyPlus July 3. #Hamilfilm‬

In an interview with MSNBC, Odom opened up about how he approached playing Burr. In particular, the actor shed a bit of light on his character’s role as narrator of Hamilton’s story.

Everyone in the Hamilton cast commits to Miranda’s story. But Burr does serve as the master of ceremonies overseeing the entire musical. No wonder Odom’s performance feels so central to the show’s success. He even won the Tony for Best Actor in a Musical over Miranda.

It's officially midnight on the west coast… #TheLivingRoomWhereItHappens #Hamilfilm

Due to the pandemic, theaters have been closed for months. Yet, the Disney+ version of Hamilton has become one of the most popular films of 2020. Under different circumstances, it might not have garnered as much undivided attention, especially from audiences only discovering it now.

Frustratingly for fans, this filmed stage performance of Hamilton is not eligible for Academy Awards in 2021. So Odom won’t be able to win Oscar gold for his work. However, perhaps the actor could find himself competing for an Emmy for his role as Burr. Fans will just have to wait for it.