Ted Lasso fans have been eagerly awaiting the return of the acclaimed comedy series, and it’s finally here. With season two set to premiere on July 23, the excitement continues to mount as the TV show’s stars discuss the work that went into the series’ new episodes.

Ted Lasso is one of the most popular shows that’s come out in the last year, largely due to its talented cast that includes the likes of Jason Sudeikis and Hannah Waddingham. Waddingham, in particular, has garnered critical acclaim for her portrayal of Rebecca Welton, owner of the fictional football team AFC Richmond.

Some might argue that the role was made for Waddingham, and she’d likely agree. In fact, she claims that she asked the universe for the part prior to it ever being offered to her. 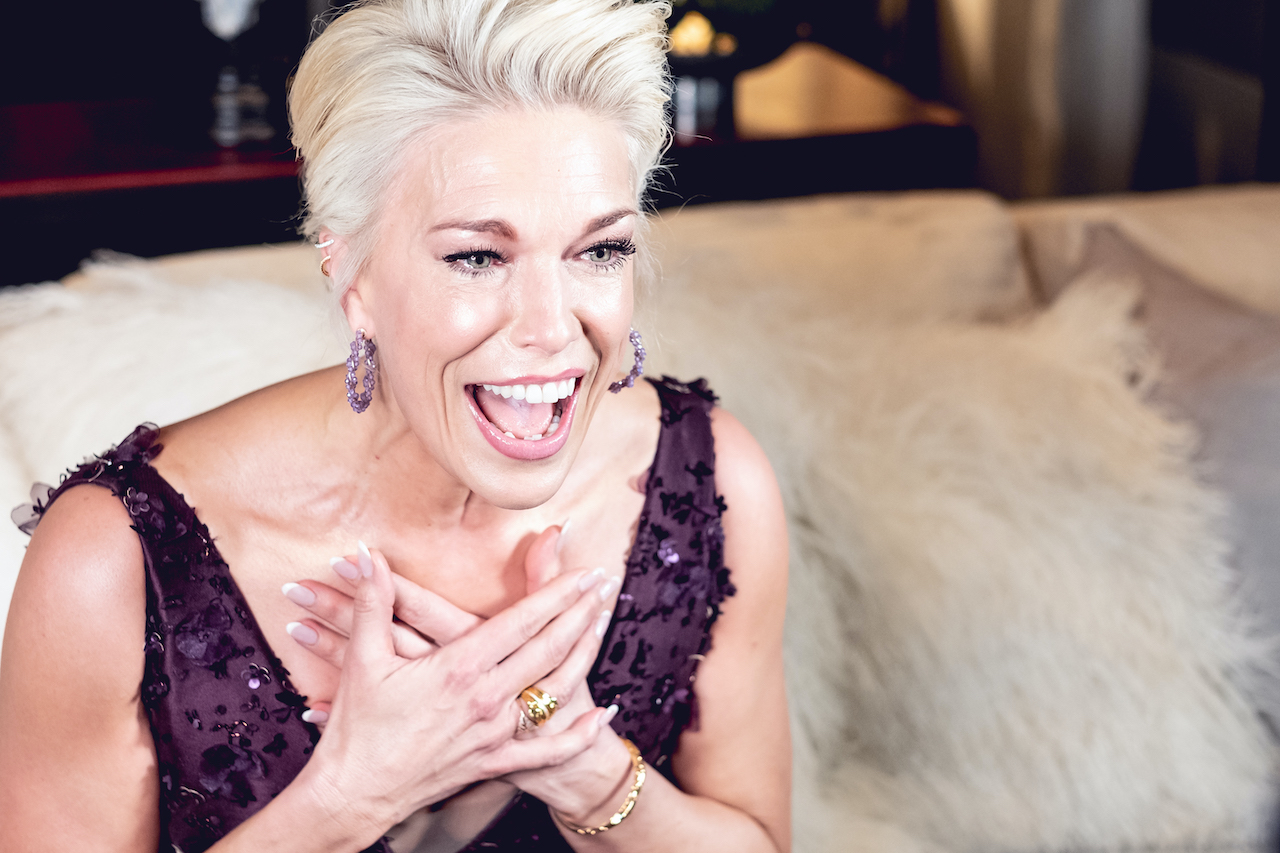 Waddingham discussed how she landed her Ted Lasso role during a recent interview with Entertainment Weekly.

“The weirdest thing about it, when I went and did the chemistry read, I still didn’t know enough about it to know that it was where it was actually going to be shot,” she said. “I thought, well there’s every chance because of Jason and his kids, maybe they’ll shoot it nearer there.”

Waddingham was shocked to find out that Ted Lasso would instead be filmed in Richmond, London, only 20 minutes away from her home. After finding that out, she became determined to get the part. “I bit between my teeth and I was like, ‘I am having this part,’” she added.

Waddingham also noted that she strongly desired the role because a year prior to landing it, she’d asked the universe for it directly.

“Honestly, this is no word of a lie. About nine months or a year previously, I’d been having a bit of a crappy time,” she admitted. “And I went and stood out in my garden, and I thanked the universe for everything that I have in my life so far. And I said, ‘But if I could bother you for something that would really help me out a lot as a single mom…’”

Waddingham got very specific with her request, and sure enough, the universe responded with a part that fulfilled all of her desires.

“if there’s any way I could be so particular — I mean literally, almost verbatim — I was like, ‘Could I have something that means I can play several different things in one scene, and that doesn’t always show that really tall women are harridans and vile, and aggressive, and horrible. Something, maybe, that’s funny, and something that I could pour my heart into. And something that will look after me and my little girl in real life. Thank you very much.’”

Hannah Waddingham was worried nobody would like her ‘Ted Lasso’ character

Even though things started looking up for Waddingham after landing her role, she still felt insecure about it; she had doubts about whether or not viewers would like her character.

“I just thought, ‘Oh no, they’re just gonna think that she’s the ice queen that wants to trash the team. How could she be so horrible to Ted?’ And just think, ‘I’ll enjoy the other characters.’ But because the writing is so clever, even by the end of ep one, you’re already going, ‘Woah, ok, hold on, hold on.’”