Jac Naylor (played by Rosie Marcel) and Kian Madani (Ramin Karimloo) are one of Holby City’s most unlikely couples, having first started off as rivals but now, seem to be heading in the direction to become passionate lovers. It’s fair to say they haven’t got the most conventional relationship, with the pair hiding the fact they’re together from their colleagues and the latter fleeing to Canada before one of their first dates. Despite bonding as they took care of the former’s daughter Emma in recent scenes on the BBC medical drama, it seems the Director of Cardiothoracic Surgery could let his past jeopardise his future. Unable to move on from his relationship with late girlfriend Bea (Rosalind Halstead) will he end his current romance?

The deceased passed away last year when complications during heart surgery meant she left behind her heartbroken lover along with her young son, Phoenix (Joshua Glenister).

Kian had no idea about his girlfriend’s child until he turned up at the hospital last month, leading to the troubled character’s temporary departure.

However, it seems Bea could always be a barrier for him moving on with not only Jac but with any woman as Neuro-Linguistic Programming Master Mindset Coach and NLP Trainer Rebecca Lockwood explains.

“Seeing Bea’s son could have brought up loads of past unwanted negative and tainted memories, reminding Kian of the past.

“This could have shaken Kian’s world leaving things feeling uncertain and Kian could now be feeling unworthy of being in a new healthy relationship.” 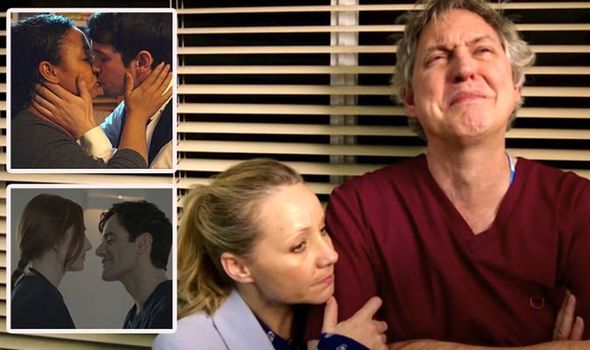 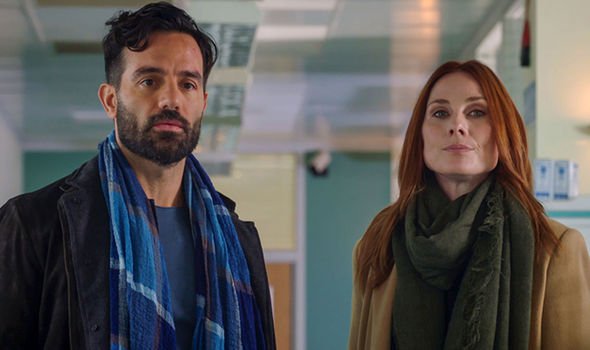 Rebecca went on to tell Daily Star Online Kian could ultimately “self-sabotage” himself as she feels “scared” of not knowing what could come in investing his feelings into someone else.

It might not just be his past which causes a possible split from Jac in the coming weeks as he is also hiding another secret from her.

The mother-of-one is currently unaware her boyfriend has become dependant on painkillers as a result of a beating some weeks ago.

With Emma to think about, the medical drama stalwart might not take the chance of having drugs around her child. 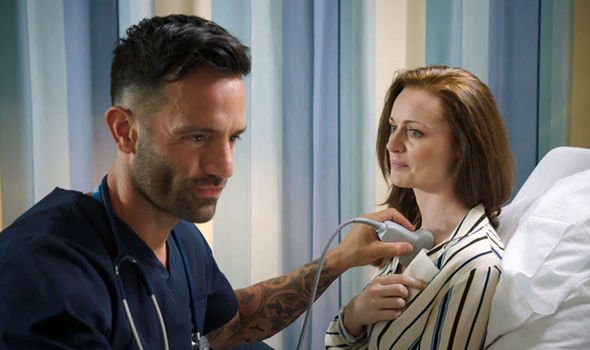 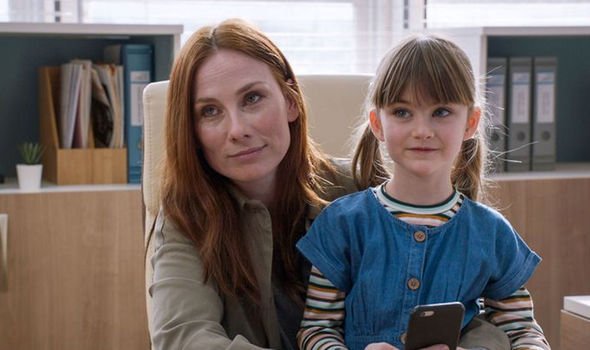 Kian’s not good enough for Jac

Unfortunately, the combination of factors could lead the pair to decide they’re not meant for one another and end up going their separate ways.

It seems viewers also think the pair aren’t ideally matched as one wrote on Twitter: “I just don’t like him. He’s not good enough for Jac #HolbyCity.”

Another added: “Jac deserves better than someone else messing with her, however well-intentioned Kian may be #HolbyCity.”

“Are you sure everything’s okay? listen to Jac there, she’s fallen for the guy all to get her heartbroken by him #HolbyCity,” a third commented.

Jac and Kian aren’t the only ones suffering from relationship troubles, however, as another beloved couple are also on the rocks.

Essie Harrison (Kaye Wragg) recently received a blast from the past when her late husband’s relative Frankie Rendell (Sophie Harkness) returned to Holby.

The latter is the biological mother of the beloved character’s daughter, Isla, and with the staff nurse currently undergoing treatment for cancer, some doubt was cast about the youngster’s future.

However, it seemed the returnee was willing to take on her motherly duties after telling Raf Di Luca’s (Joe McFadden) widow she was unwilling to care for her baby over a year ago.

Unable to see his partner about to suffer yet another loss, Sacha Levy (Bob Barrett) persuaded Frankie to leave again.

With Isla’s mother gone, the Clinical Skills tutor might have thought he was in the clear but his actions come back to haunt him.

As he’s forced to deal with the consequences of his deal, it won’t be long until Essie discovers the truth.

Will this ultimately lead to them breaking up in the midst of her cancer treatment – becoming the second couple to lose out on romance?

Holby City continues Tuesday at 8pm on BBC One.

Related posts:
TV and Movies
Why is Home and Away not on?
'Game of Thrones' Creators Had to Make Some Major Changes to Get the Show on the Air After That Infamous Botched Pilot
'Grey's Anatomy' Alum Katherine Heigl Admitted She Made the First Move With Her Husband: 'I Really Threw Myself at Him'
Love Island’s Amber Gill is ‘sick of incredibly upsetting’ trolls making fun of her one stone weight gain
Recent Posts
This website uses cookies to improve your user experience and to provide you with advertisements that are relevant to your interests. By continuing to browse the site you are agreeing to our use of cookies.Ok