BBC’s Holby City has been away from screens since the late summer but the show’s imminent return will kick-off with a coronavirus inspired special, which sees those working on the wards of Holby have to deal with some of the most challenging situations they’ve ever had to encounter. One person who struggles to deal with the ordeal is Cameron Dunn (played by Nic Jackman), whose ability is starting to cast doubts in the mind of his boss Ange Godwin (Dawn Steele). In an interview with Express.co.uk, actor Nic confessed things would be about to “become very, very dark” with his character – but will someone meet their maker?

Cameron is the show’s secret villain, with his colleagues having little to no idea of how dangerous he really is.

Earlier this year, Cameron failed to help Xavier ‘Zav’ Duval (Marcus Griffiths) after he was knocked over in a freak accident.

The doctor hit his head on the pavement and died as a result of his injuries not long after he discovered Cameron’s involvement in a previous fatality.

Cameron let rapist Evan Crowhurst’s (Jack Ryder) condition deteriorate and didn’t call for help, something which Zav later discovered before he was killed off. 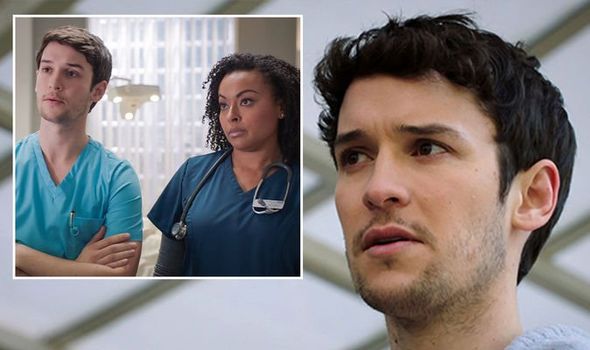 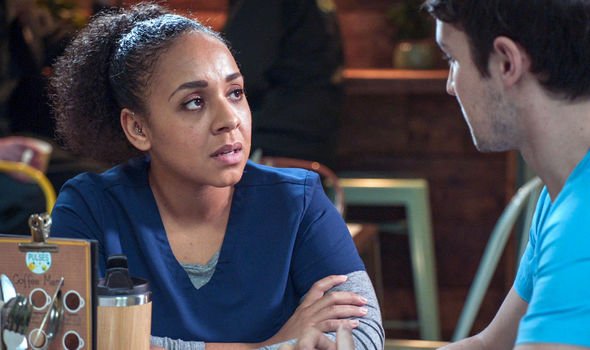 Now, Nic has revealed things will be getting a lot more sinister in the weeks and months to come.

He said: “The storylines coming up are massive and I think are gonna be really, really quite exciting.

“I mean if you think that you’ve seen Cameron at his worst, you really haven’t, because he’s capable of a lot more and it becomes very, very dark.”

But with Cameron’s crimes looking to be unravelled, there could be a long way to go before he is exposed. 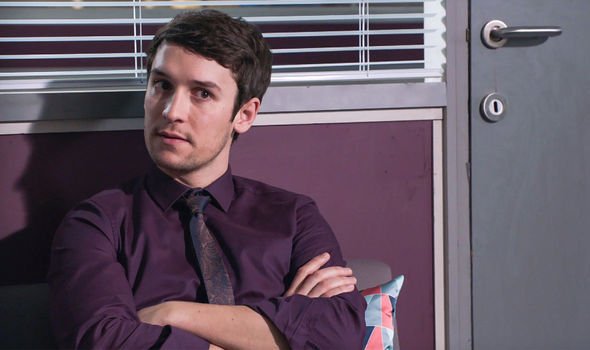 He went on to add: “We haven’t seen Cameron at his worst yet – it gets bad!”

The star explained how he was taken aback by some of the scripts he received due to how evil his character is.

Nic said: “I get scripts and I read them and have sort of those moments where I go, ‘Oh my God!’

“Because of what he does – and I’ll actually say that – I have to go out for a walk and take a breather because it’s massive.”

Fans will get the show back on Tuesday with a special 40-minute episode which kicks off some brand-new storylines.

Nic promised: “The show’s coming back bigger and bolder than ever and there are some huge storylines coming up, which I think will grip audiences.

“I think many, many audience members will be shouting at the telly, mainly at Cameron,” joked the star.

One person who is set to become entangled in the evil ways of the doctor is Nicky McKendrick (Belinda Owusu) who started seeing Cameron earlier this year.

Nic added: “I mean, poor Nicky! She’s so easily manipulated by Cameron – in the COVID special episode actually Cameron is one of the doctors who is struggling with the pandemic.

“But because he’s captured in a photograph and then there’s a headline in the local paper attached to Cameron’s image, that he’s the hero of the NHS, he’s hailed the hero.

“He gets attention from Nicky, obviously that just boosts his ego, so he knows she’s on [his] side, he knows that she’s there and he can play her further. I just feel so sorry for Nicky actually! She certainly can’t see the person he is.”

Could it be Nicky who ends up in grave danger as she only grows closer to dangerous Cameron?

Holby City returns on Tuesday at 8pm on BBC One.

Related posts:
TV and Movies
‘All Rise’ Co-Showrunner Dee Harris-Lawrence Strikes Overall Deal With Warner Bros. Television Group
Strictly’s Bruno Tonioli has raked in over £3m cash in the bank after building multi-million pound nest egg with company
How Leanne's grief over Oliver's death could destroy Corrie teen Simon
What happened to Chance on The Young and The Restless?
Recent Posts
This website uses cookies to improve your user experience and to provide you with advertisements that are relevant to your interests. By continuing to browse the site you are agreeing to our use of cookies.Ok