This Morning hosts Phillip Schofield and Holly Willoughby were discussing embarrassing mishaps on the show today alongside fashion expert Gok Wan. The ITV presenting pair encouraged viewers to get in contact with their own awkward stories, and fans didn’t disappoint with tales of unfortunate mix-ups and blunders. However, after reading off a few tidbits from viewers, Holly took the chance to relive an ordeal in which an entire cafe ended up seeing her underwear.

After reading out a humourous mishap from one viewer in which their child had mistaken a bottle of lubricant for hand sanitiser, Holly told Phillip all about her most embarrassing moment.

“I was in a coffee shop once,” she began, which prompted Phillip to exclaim: “Oh, God. Where’s this going!”

Holly continued: “(I was) with Belle and I had a jumpsuit on, she was only little,

“And I went to the loo, and it was like a coffee shop where the door opens and it’s literally you’re in the shop.” 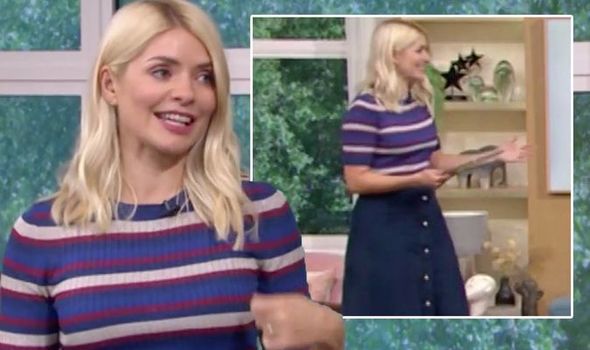 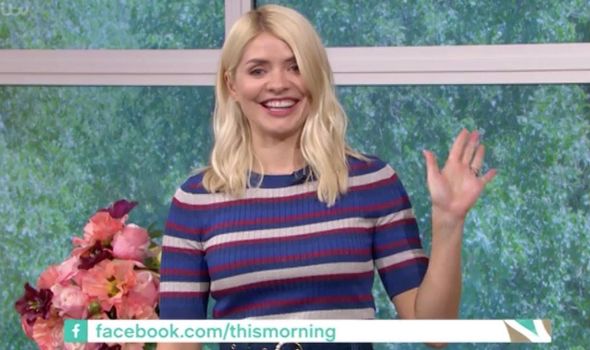 The This Morning star went on: “I had the jumpsuit pulled down and she opened the door.”

Gok and Phillip both looked shocked at the revelation as Holly concluded: “I was like: ‘Hi, welcome to my pants!'”

Phillip laughed out loud at his co-host’s misfortune as she finished: “It was just horrendous.”

Luckily, the pair managed to regain their composure and carry on with today’s proceedings. 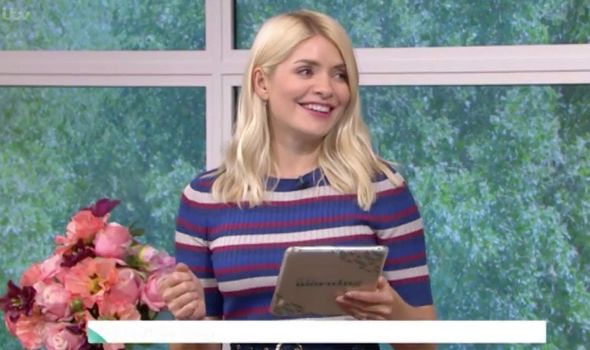 However, the same couldn’t exactly be said about Wednesday’s episode when the pair found themselves in hysterics over an oversized marrow.

Holly and Phillip had just spoke with a pair of farming brothers who had grown the largest pumpkin in the world.

When Phillip asked how they’d accomplished the feat, one of the farmers replied: “Well, the best thing if you want to learn how to grow a pumpkin – and we believe we need to get more kids doing it,

As the farmer continued with his answer, Holly brought out a larger than normal marrow one of the This Morning crew had grown.

“That’s amazing,” she added to the discussion. “Is there a site called bigmarrow.com?”

Of course, Phillip found himself trying to cover up his laughter while members of the This Morning crew could be heard giggling away from the camera.

The two managed to make it to the end of the chat without a hitch – until Phillip issued a cheeky warning to ITV viewers.

“Also, I think we should say,” he began as he teed up his joke.

“Really be very careful before you Google bigmarrow.com.”

The warning brought raucous laughter from Holly and Phillip soon joined as the show was put on hold while the two regained their composure.

This Morning continues weekdays at 10am on ITV.