Motherland made its debut on the BBC back in 2016 and the sitcom gives viewers insight into what middle-class motherhood is really like. Line of Duty’s Anna Maxwell Martin returns as Julia, with Lucy Punch as Amanda and Diane Morgan as Liz. Express.co.uk has all you need to know about how many episodes are in season three.

How many episodes are in Motherland season 3?

Motherland is back tonight (May 10) with a brand-new series and each half-hour episode will air weekly from 9pm.

This season is made up of five episodes, as well as the Christmas special which aired back in December 2020.

Each season usually consists of six episodes, but the one-off special has been included in the season three schedule.

The instalments have each been given unique titles, with episode one called Nit Blitz.

As the title suggests, there is a nit crisis at school which is being taken very seriously by staff. 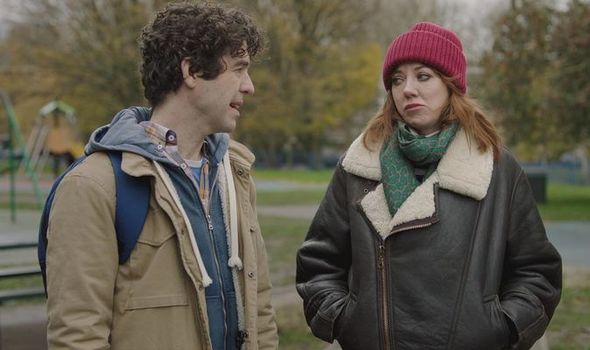 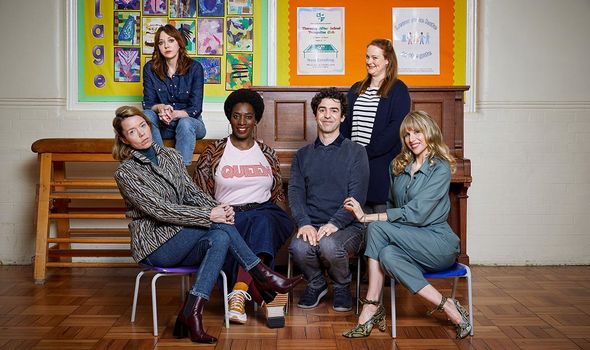 The summary for the third season says: “As an outbreak of headlice sweeps the school, Julia finds herself accused of triggering a second wave.

“Ostracised by the other mums, she needs to find a way back into their good books and decides to throw a nit treatment party at her home.

“The gathering reveals that Anne has some big news, Meg is facing a crisis, Kevin has committed a terrible crime of passion and Liz is waiting to hear about a possible career move.”

Fans are more excited than ever for the new series, following Maxwell Martin’s appearance in the sixth season of Line of Duty. 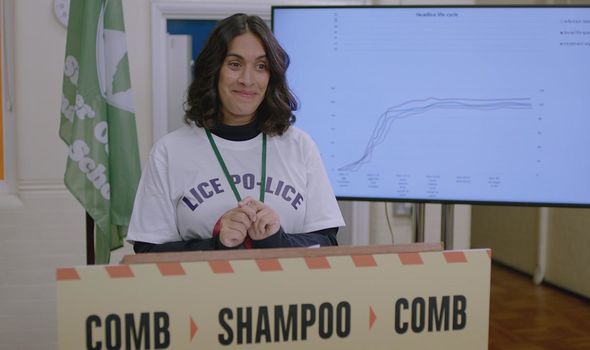 Episode two, which will air on May 17, is titled Catchment Area and it will see the parents attend secondary school open days.

Julia is confused over which catchment area she lives in, meanwhile Amanda struggles with playing second fiddle to Meg’s (Tanya Moodie) illness.

The titles for the remaining episodes are yet to come to light.

Fans have already expressed their excitement ahead of the new season, with one joking on Twitter: “Would love to see if any of the other mothers are involved in the OCG, or undercover officer. Can see the overlap with #lineofduty.” 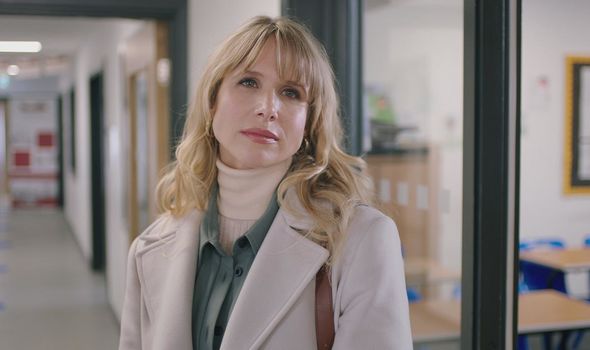 Another said: “I introduced my 17 year old daughter to Motherland during lockdown. She loved it, and quotes it whenever she can. she will be so happy to hear this. Thank you.” [Sic]

A third added: “What a fantastic surprise. I loved the first series soooo much!!! As for Mandy, she’s become my guilty pleasure.

“I don’t think I was supposed to fall for her. I know she’d be bad for me, but I’m prepared to risk it in my imagination.”

Some further hints have been given as to what viewers can expect from the remainder of the series.

Episode three will be set during Mothers’ Day, which means an awkward lunch for Felicity (Joanna Lumley) and Amanda.

Stay-at-home dad Kevin (Paul Ready) will also experience an awkward driving lesson as he tries to steer clear of the day.

Maxwell Martin has just celebrated her birthday, so the arrival of the third season comes as the perfect gift.

One fan pointed out: “Anna Maxwell Martin was filming Line of Duty and Motherland at the same time, playing these two characters and quite frankly that level of range is dangerous.”

Motherland airs on Mondays at 9pm on BBC Two.