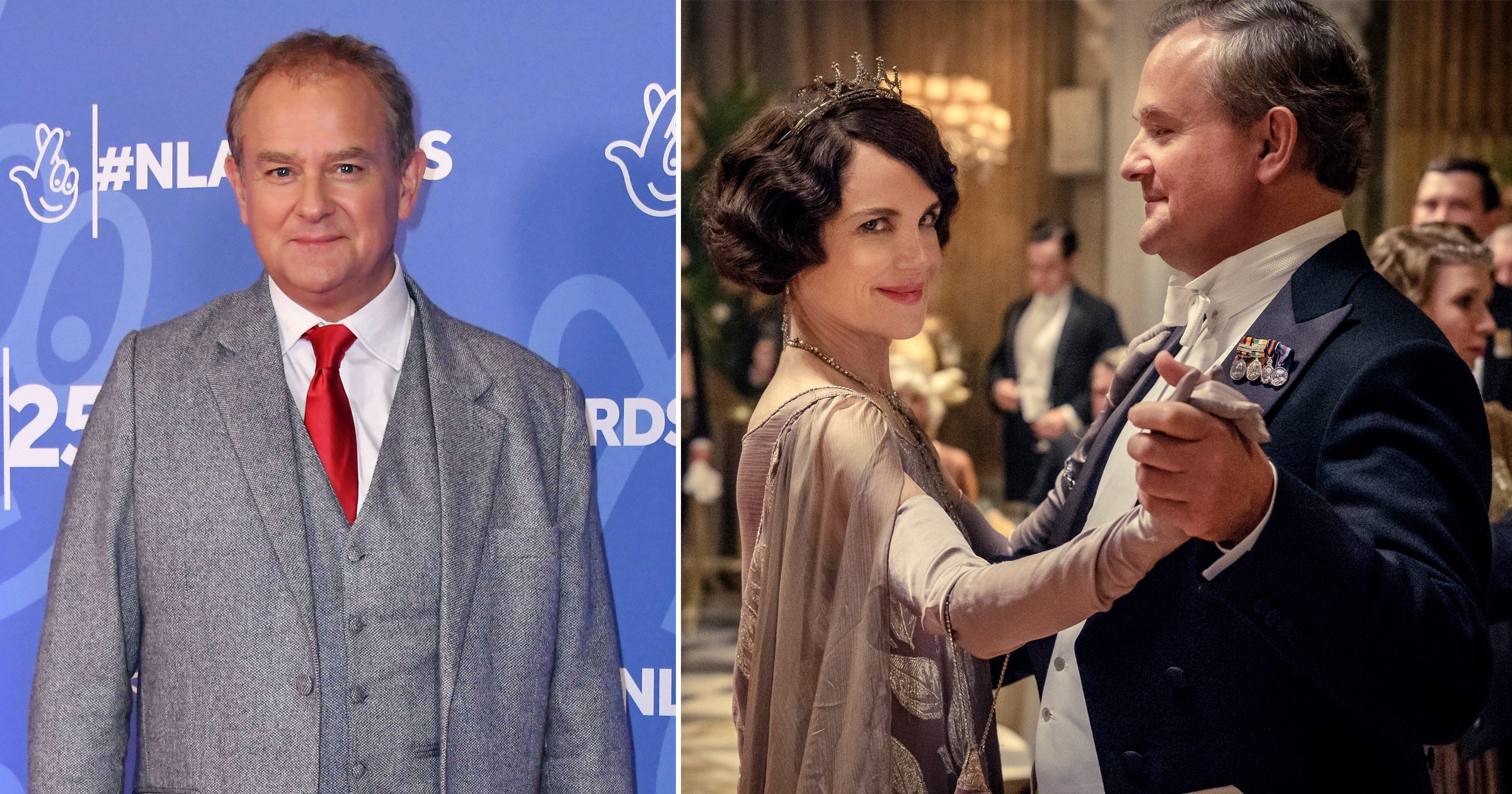 Hugh Bonneville has said there will be a second Downton Abbey film when everyone involved is vaccinated.

The actor, who is best known for playing Robert Crawley in the popular ITV series, was told his co-star Jim Carter already has a script prepared.

However, Hugh had revealed he had previously seen it, and jokingly suggested that Jim may have written him out of it since then.

Speaking on The Zoe Ball Breakfast Show on BBC Radio 2, he said: ‘I’m going to have to get round to Jim Carter’s house straight away because there is something going on that I haven’t been told about! Have I been written out? I too have screen a script.

‘Here’s the deal, if everybody who is offered a vaccine takes a vaccine, we can make a movie, we will make a movie.

‘There is a thing called coronavirus knocking around and until that is under control in a sensible way, we are not going to be able to get all those ducks in a row, mixing my metaphors here.’

Hugh added that he and the rest of the Downton Abbey cast are ‘desperate’ to make another film, and he reckons it will be the type of release the ‘audiences would enjoy after all of this mess we have been through’.

The 57-year-old is currently volunteering as a marshal at his local vaccination centre, and had recently got his first jab.

He explained: ‘I’ve been volunteering down my way in West Sussex over the last year, doing bits and bobs and then joined the vaccination team a few weeks ago, only to discover we were to be offered a jab as we are client-facing, so to speak, seeing hundreds of people a day.

‘I took the jab, along with dozens of others in my volunteer group and thousands of others who are volunteering around the country and are very grateful for it.

‘I realise that has caused some controversy because I’m younger than others, but I’m older than others too and I hope I’m just doing my bit and that is the main thing, that we are all on the path to getting a jab and I urge everyone who is listening to take it when they are offered.’

Last September, Jim had previously confirmed the prospect of a second movie during an appearance on This Morning.

He told Holly Willoughby and Phillip Schofield: ‘Holly, if you promise not to tell anyone, I’ll let you know that we’ve seen a script. The script for a second film is there.

‘We’ve seen it, it’s very funny. It’s got all the same characters in, all the regular characters.

‘I think the will is that Covid-willing we will film it next year.’

He then joked: ‘I don’t know if I can trust Phillip to keep this secret. But Holly I know will.’

The first Downton Abbey film was released in 2019, and continued the storyline from the original series, which ended in 2015.

It saw the Crawley family on high alert in anticipation of a visit from royalty.

Downton Abbey is available to stream on Amazon Prime and BritBox.

Related posts:
TV and Movies
Peaky Blinders season 6: When is it released on Netflix? – The Sun
Escape to the Country guest in tears as they detail heartbreaking reason for house hunt
Four Places You Can Still Watch 'The Office'
Simon Cowell and Lauren Silverman land back in LA after 'rowing in the street in London'
Recent Posts