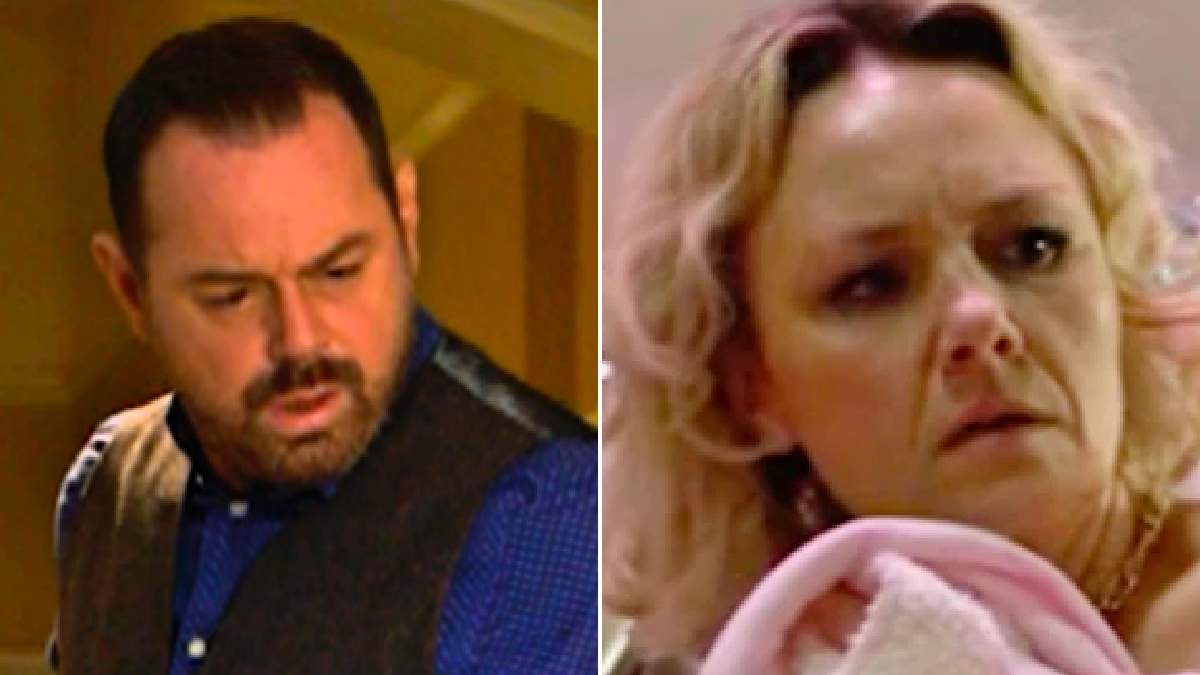 Mick Carter (Danny Dyer) was appalled in EastEnders when he entered his bedroom to find Janine Butcher (Charlie Brooks) naked under the covers.

Janine, as viewers know, is hellbent on winning Mick’s affection, and following their Christmas Day ‘kiss’, she decided to up the ante on Boxing Day.

Describing to Billy Mitchell (Perry Fenwick) how Mick makes her feel, the schemer set in motion the next step of her masterplan to seduce the landlord, as she got Nancy (Maddy Hill) out of the way.

Afterwards, she left the bar almost unmanned, before hopping into Mick’s bed.

Mick, meanwhile, heard noise coming from elsewhere, and thus headed towards his bedroom to find out what was going on.

He received quite the shock to find Janine in his bed. Janine was pleased with herself, hoping that her latest plan would do the trick.

But it backfired. Dramatically!

Mick, evidently not interested, gave her his dressing gown, and told her to get dressed.

Janine was taken aback, having clearly hoped that he would join her. Mick, however, like Billy stated earlier, is incredibly loyal, and therefore he will not cheat on his beloved Linda (Kellie Bright).

‘They’re meant to be together!’, exclaimed Billy, and he’s certainly right about that.

But will Janine go down without a fight?

That would be a no, as future scenes will see her target Linda, with actress Kellie Bright reprising her role for a short appearance this festive season.

EastEnders continues Monday December 27 at 7:30pm on BBC One.