JASON Manford stepped inside a stinging -130C cryo chamber as he desperately tried to heal his injured foot ahead of Soccer Aid.

The comedian, 39, braved the extreme cold for three minutes in a bid to help him run out at Manchester United's Old Trafford for the Unicef fundraiser. 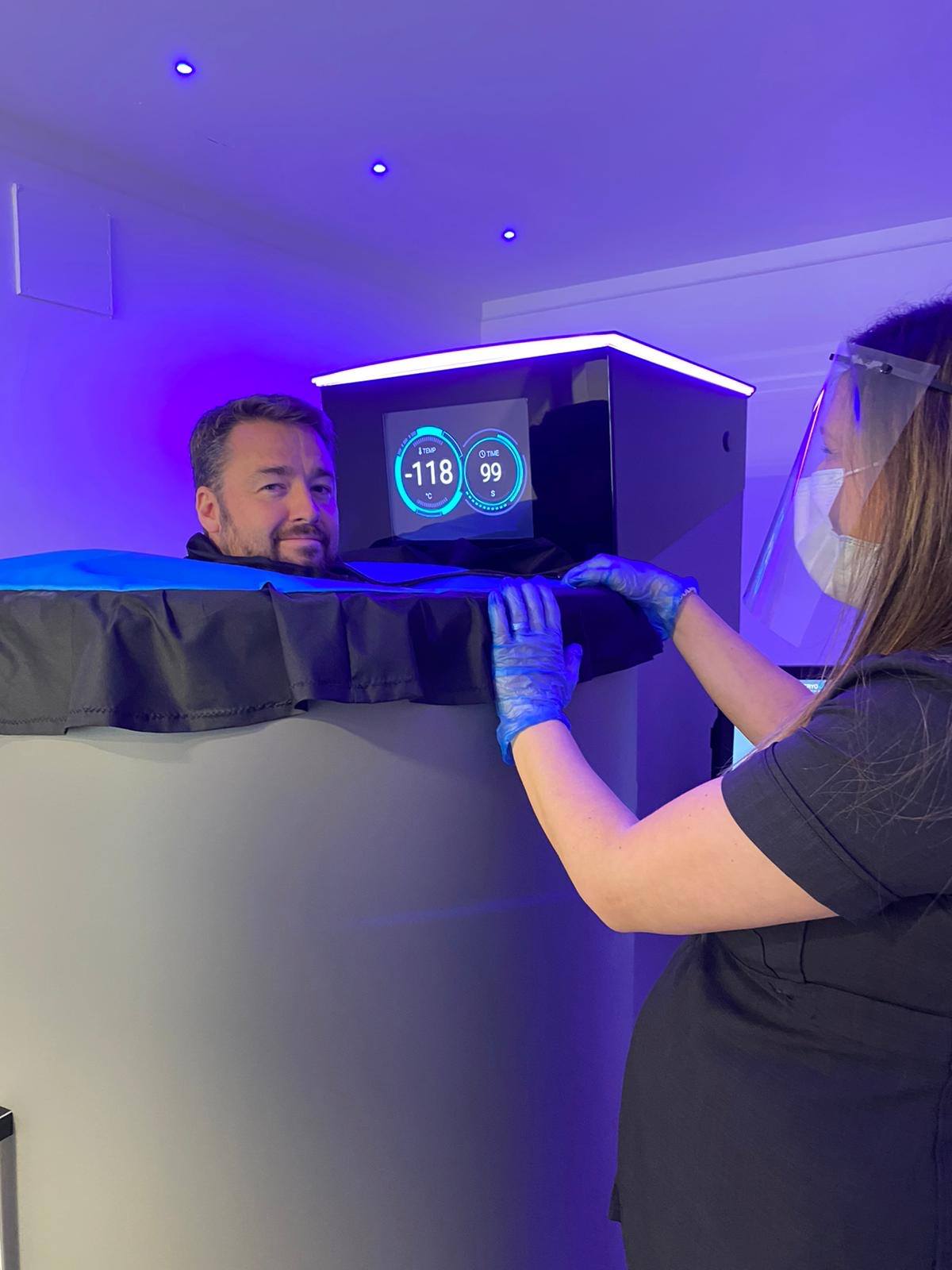 He was photographed smiling stoically as he had his treatment at The CryoLab.

The liquid nitrogen triggers a release of epinephrine, endorphins and anti-inflammatory proteins.

Cryotherapy worker Martine Levy said: "Jason came in because he is doing Soccer Aid on Sunday and has been feeling a bit ruined from all the training that he has been doing.

"He felt really good after using it. The cryotherapy chamber always gets a positive response and we often get people coming back." 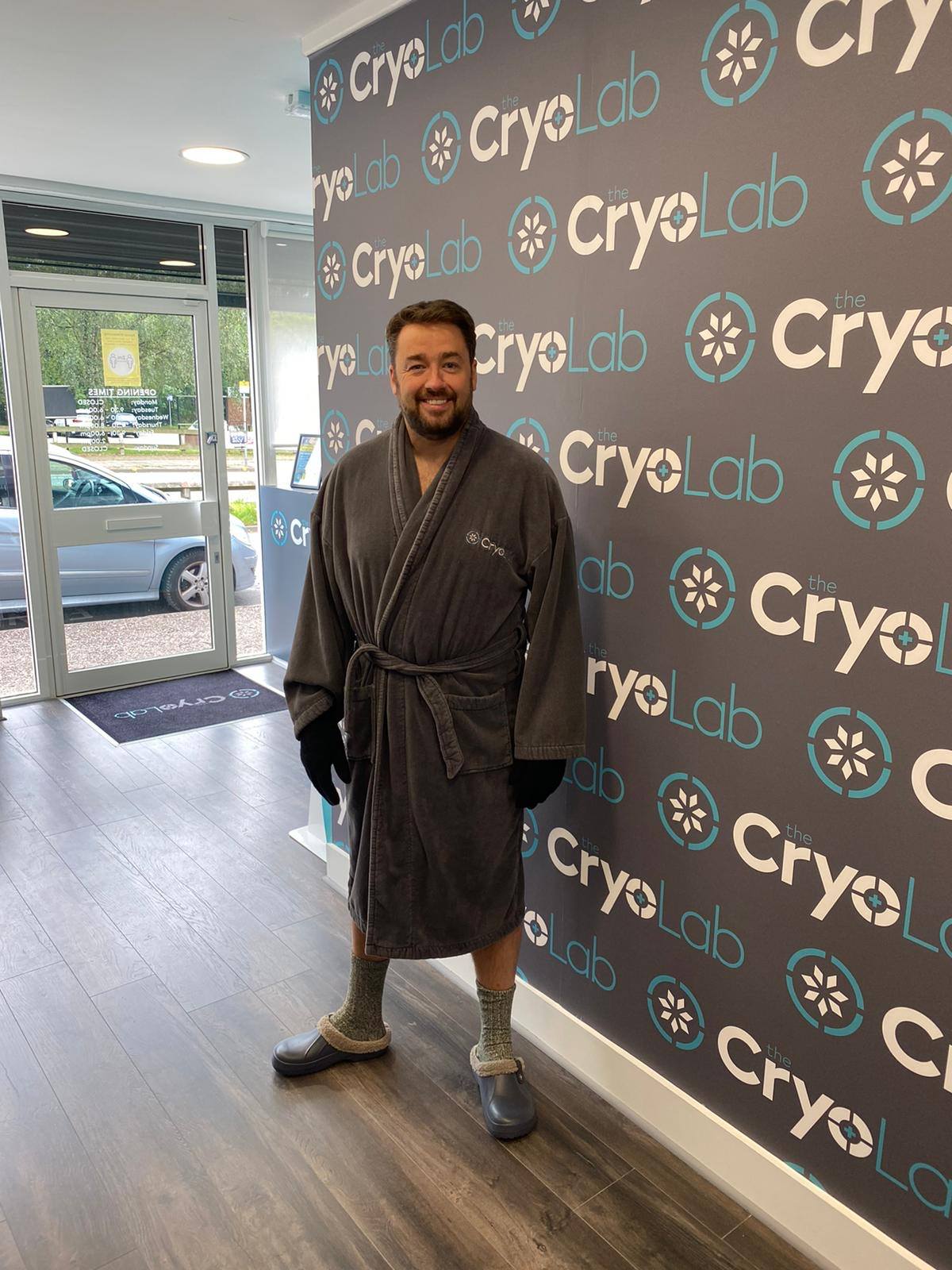 The intense build up to the big charity match has taken its toll on Jason's body, and he previously tweeted about his foot injury.

He posted: "Have blooming hurt the top of my foot playing football and tennis last few days. Feels swollen and tender.

"Have been on Google and it looks like it's a 'bone spur'. Sexy right. 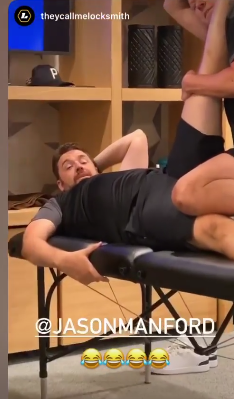 "Got 5 days before soccer aid and need the pain to goooo! It's right on my scoring foot!"

The Manchester-based clinic was recommended to Jason by his Scarborough co-star Catherine Tyldesley, who is a regular visitor.

Absolute Radio DJ Jason, who has Irish roots, will star for the Rest of the World XI in the game.

* Soccer Aid will air on ITV 1 on Sunday, September 6, with coverage beginning from 6.30pm.