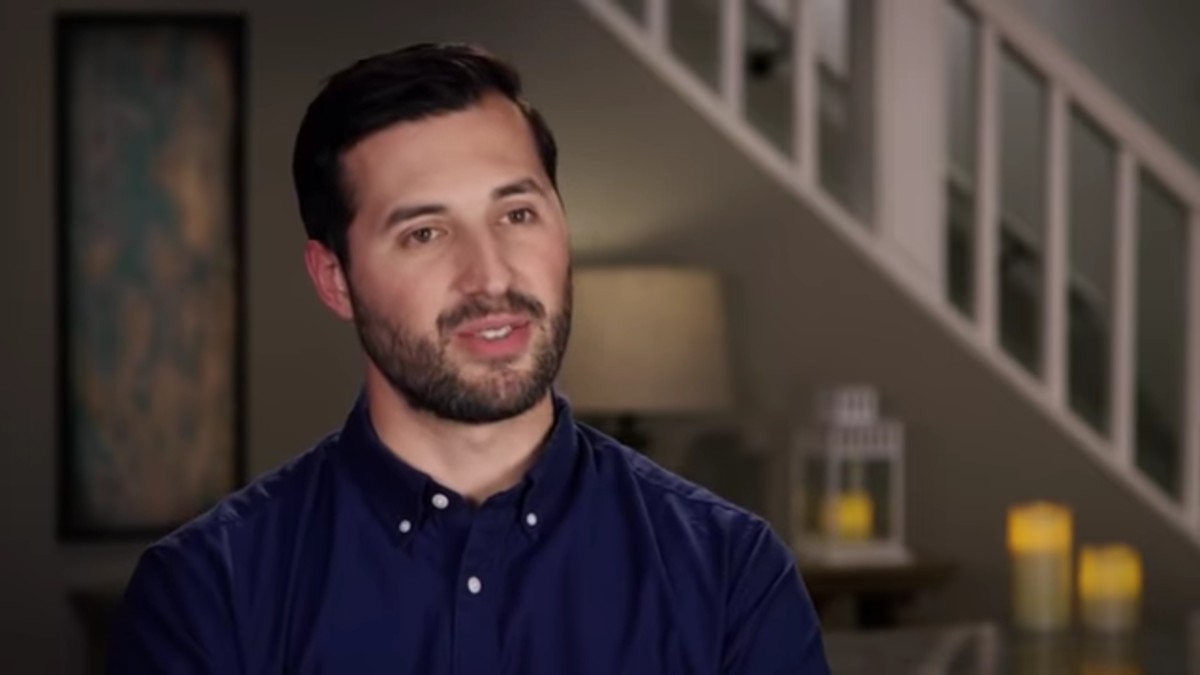 Jeremy Vuolo is in hot water after an insensitive tweet. While he deleted the initial post, the Counting On star did post an apology asking for forgiveness.

Social media is a big deal for Jeremy and Jinger Duggar. The two have used it to capitalize on audience reach, especially now that they have their own podcast.

What did Jeremy Vuolo do and say?

A few days ago, Jeremy Vuolo posted a video of a grasshopper being eaten by a dog. He joked about it and reportedly asked followers if they would rather drown in a pool or be eaten by the jaws of a dog.

At first, Jeremy didn’t see the grave misstep he made.

Last year, Grandma Mary Duggar died by drowning in her own pool in the backyard of her home. It happened after she had been to church with the family. While the details surrounding what happened are fuzzy, it was devastating for the entire Duggar family.

On Twitter, Jeremy Vuolo issued an apology and revealed he had already asked for forgiveness from Jinger Duggar and his in-laws, Jim Bob and Michelle Duggar. 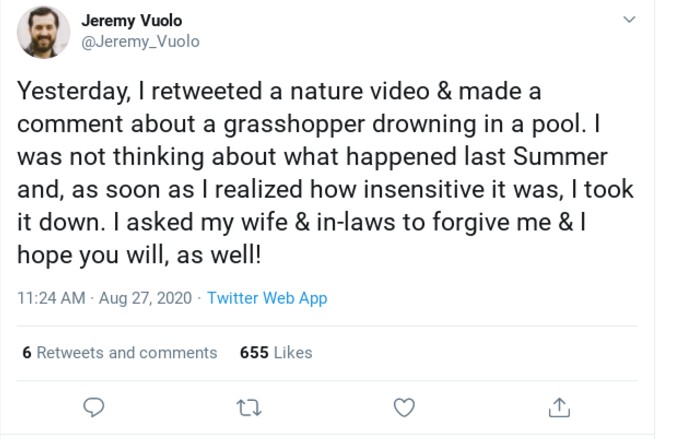 When it was revealed that Jinger Duggar was dating a man who had been worldly, Counting On viewers were shocked. Jeremy Vuolo wasn’t the type of man that anyone expected her to marry, but he was the right person for her.

He came into the fold because of Ben Seewald and Jessa Duggar. They set them up, and the rest is history. Jeremy has been arrested before and even talked about his experience with premarital sex.

Things between the two have been going well except for social media influencer posts. Jinger Duggar has lost several partnerships because of her beliefs and being a part of the Duggar family. Jeremy is busy with school and work, leaving her to figure things out for Felicity most of the time.

With another baby on the way, Jeremy Vuolo would do well to watch what he says. He didn’t think the grasshopper video through properly, and in that process, had followers questioning his motives and insensitivities.

Drowning in a pool is the way Grandma Mary Duggar passed, and that wrecked the entire family. They weren’t prepared for a moment like that. Jeremy making light of drowning wasn’t intentional, but it struck a chord that can’t be taken back.

Counting On airs Tuesday nights at 9/8c on TLC.