JOHN Barrowman joked he'd turned to boozing with his supportive husband after being axed from Dancing on Ice.

The star downed vodka amid a "challenging" few weeks after he was accused of "inappropriate behaviour" in the workplace. 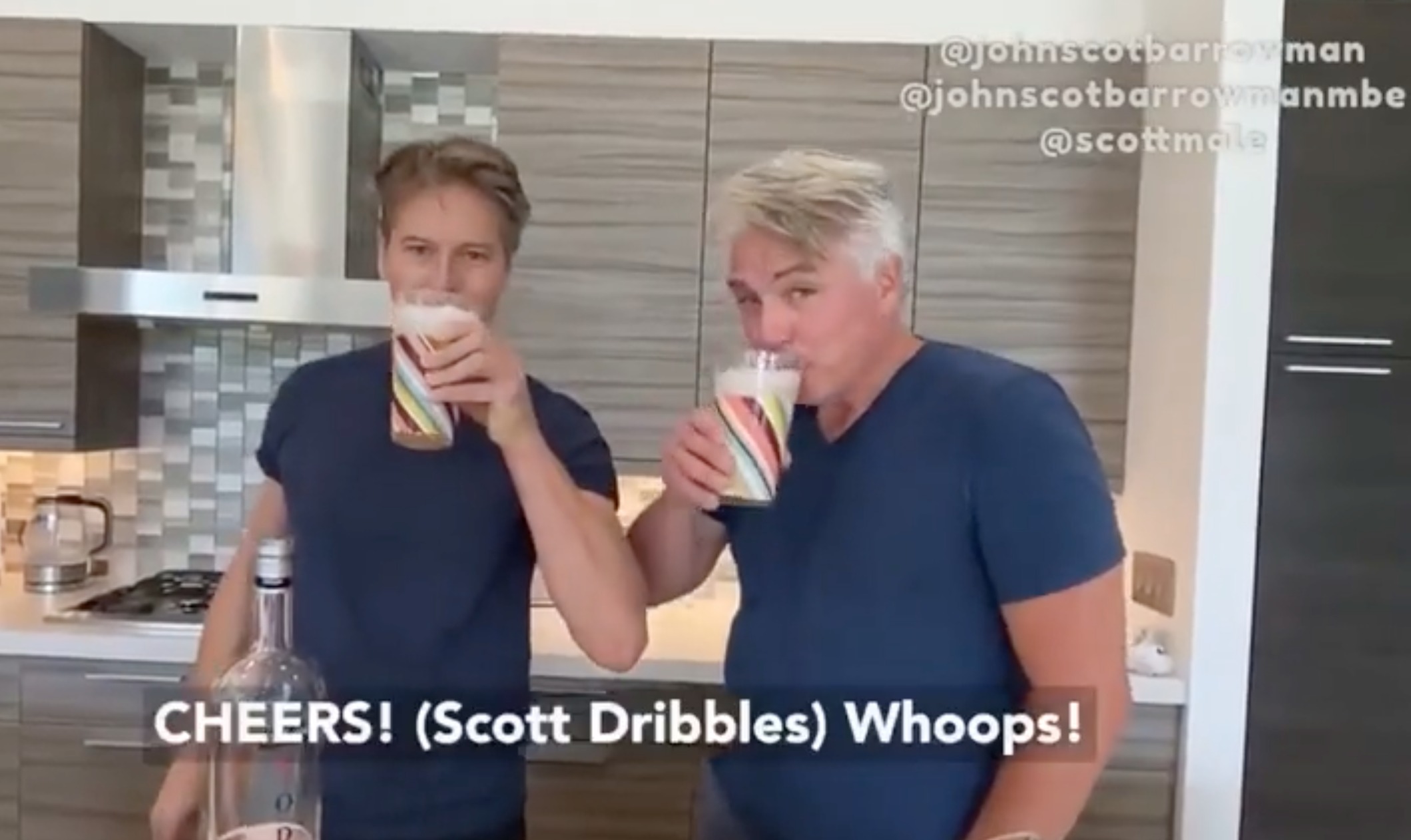 It's been claimed he repeatedly exposed himself on the sets of BBC’s Doctor Who and spin-off Torchwood.

In a video from his kitchen at his home in Palm Springs, USA, John filmed a minute-long video with his husband Scott showing fans how to make homemade lemonade.

"Hey everybody, it's John and Scott here and today we're making fresh lemonade because when life gives you a lemon, start making lemonade," said John.

Scott then brought out a gigantic bottle of vodka and started pouring himself a very generous serving. 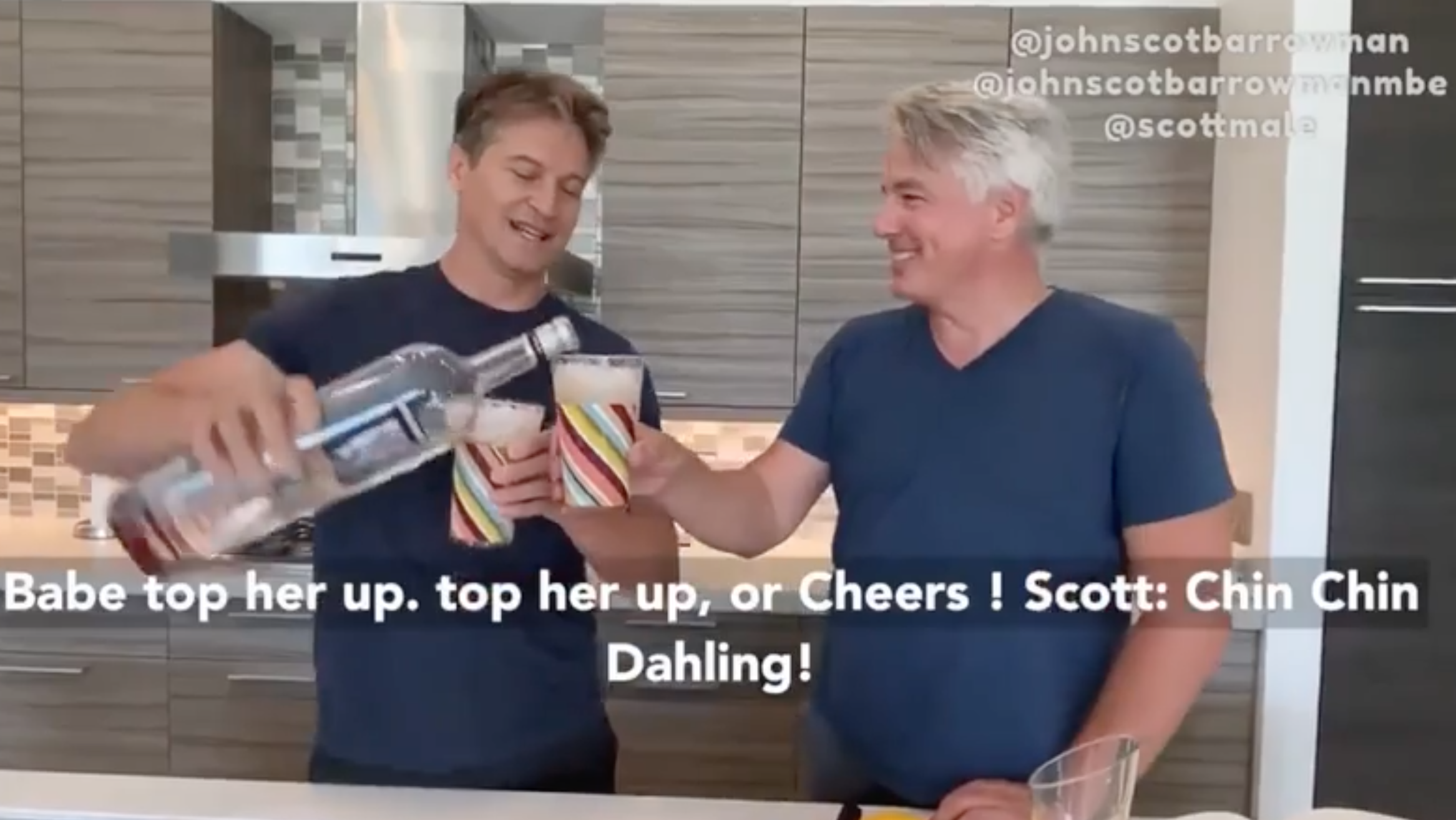 John said: "I feel the same, give me some of that too. Fill it up babe, top her up."

The actor, 54, has apologised over the accusations – but insists it was “high-spirited behaviour and tomfoolery”.

Breaking his silence for the first time since saying sorry, John said: "Hi everybody it's John here and I just want to say thank you very much to all of my fan family and everybody who has reached out with the countless messages of support over the last few weeks.

"It has meant such a great deal to me and has really touched me to know that people are supporting me and standing by me and sending their love and all their appreciation and kind words."

But The Sun revealed this week John has been axed from Dancing on Ice, with sources saying bosses are determined to protect their family-friendly image.

And they insisted John – who joined the show in 2020 – will not be invited back on to the panel.

One source told us: “Ever since allegations against John came to light, discussions have been ongoing over his future on the panel of Dancing On Ice.

“But the feeling now is there is no way we can invite him back. ITV has shown they are prepared to act decisively when stars are accused of inappropriate behaviour. And it seems this situation will not be the exception to the rule.”

An ITV spokesman said: “Any discussions regarding the 2022 series of Dancing On Ice are very premature.”