The One Show hosted a special comedy night in honour of Red Nose Day. Hosted by Alex Jones and Martin Clunes, the presenters welcomed John Cleese on to reminisce about his hit sit-com Fawlty Towers. Fans inundated the show with questions for John, but the one that was posed to the comedian was whether he can still appreciate the genius of the show all these years later or whether he cringes at it and wished he had done things differently.

“Both, I mean it depends,” said the Monty Python star.

“There is a moment when the moose head falls on me and I would have retaken it because if you watch carefully, I am waiting for it to fall on me because it didn’t fall on cue, it was late.”

“I am very sorry we didn’t go back to do that so every time I watch that sequence I go ‘Oh dear I wish we got that right,’” he admitted.

“But when it’s a funny sequence like the argument at the beginning of the Germans episode about the fire drill, I still laugh at that because I still think it’s terribly well performed by everyone. It was a group performance.” 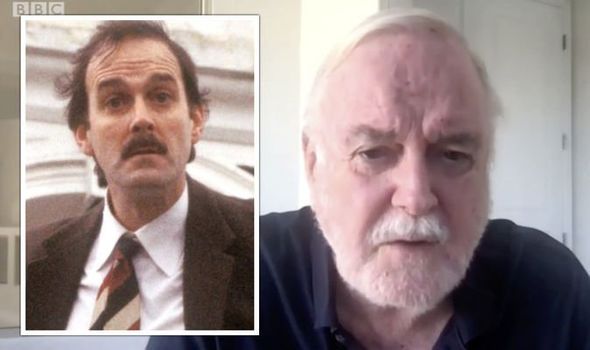 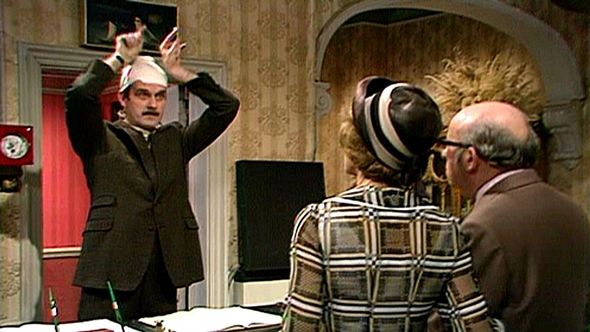 He admitted: “I don’t sit and watch the episodes anymore.

“But I am always very pleased when I see a clip and I still find it funny.

“I don’t understand why I still find it funny. I think it’s because of people’s attitude and not actually just verbal jokes.” 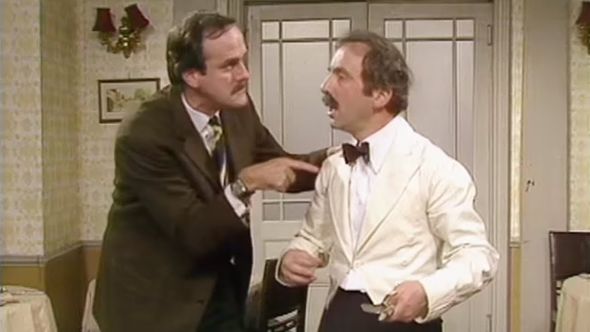 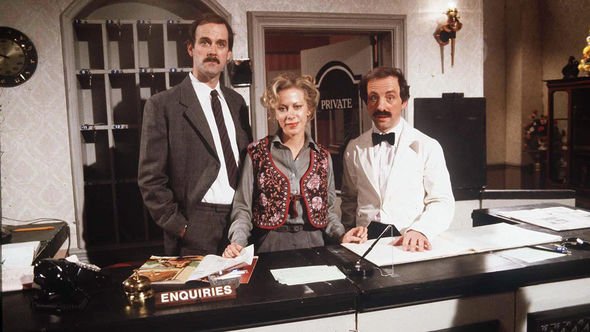 After Martin complimented him for making a show with such a lasting impression, John continued: “Nobody can predict what is going to last and it’s fascinating.

“We were lucky on Monty Python. We made two movies, we set one at the time of Christ and one in medieval times and that was quite clever but we didn’t think of it at the time.”

Martin asked what it was like spending his days “shut in the room” with Graham Chapman: “Did you cry with laughter every day?”

“The awful thing about writing, particularly when you start is that you have a whole day and finish up with nothing any good.

“But what you learn is, if you have a day like that then the next day actually a lot of stuff flows and what you figure out is that there is a sort of average stuff that you can produce each week.

“You can’t bully the unconscious,” he continued. “It doesn’t matter how smart or intelligent you are, if you don’t know how to play, just literally play like children, you won’t come up with anything very original because it’s all to do with spontaneity.”

Earlier in the interview, he spoke about his debut role in The Frost Report.

“I was so frightened in those days,” he recalled. “I had little experience.

“They put me in front of a camera and I had to do a solo on the first day and all I could think of when I was doing the solo was Aunt Vera and Plymouth watching me at this moment.

“Any time I hear that theme tune now my heart tightens up,” he concluded.