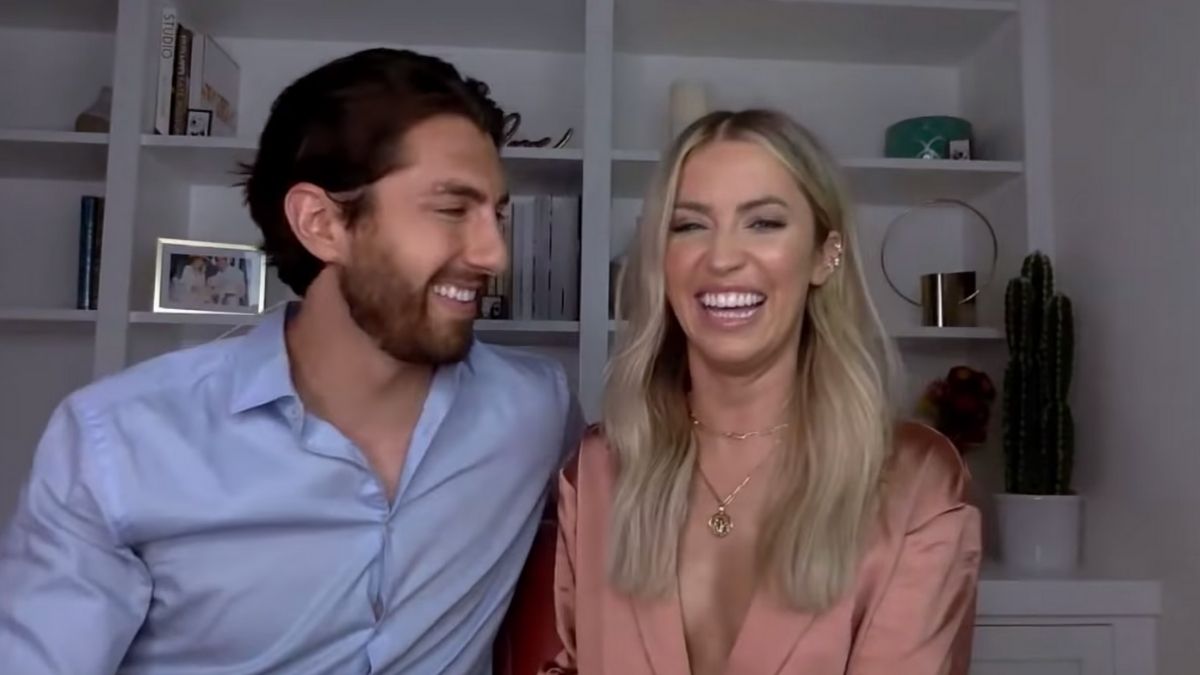 Kaitlyn Bristowe got the news she had hoped for when she did an interview with Chris Harrison on one of the earlier episodes of The Bachelor: The Greatest Seasons — Ever.

Kaitlyn was invited to appear on Dancing With The Stars as one of the celebrities who will be paired with a professional dancer.

Since appearing on The Bachelorette, Kaitlyn has kept a low profile in the Bachelor world, as she tried to make her relationship with Shawn Booth work.

The two got engaged but broke off their engagement after a few years.

Kaitlyn and Jason have only dated about a year, and Kaitlyn knows that the Dancing With The Stars offer may present some challenges for her relationship.

Dancing is just one of the hurdles that celebrities have to deal with. Cheating rumors is another.

Kaitlyn and Jason appeared on Blake Horstmann’s new podcast Behind The Rose where they talked about her upcoming appearance on Dancing With The Stars.

Kaitlyn isn’t concerned one bit about her relationship potentially being in trouble.

“We’ve talked about the fact that people have said that or maybe it has done something to relationships,” she told Blake on the podcast when asked about rumors.

“But when you have people — well, one that are in love — but two, Jason is such a confident, supportive human being and I feel like I grew up dancing with guys my whole life. … It’s so different for each relationship and I just feel like we’re in such a solid place and have such a good foundation.”

Jason also chimed in with his thoughts. He said he has no concerns about Kaitlyn getting close with a dance partner, as he fully trusts her.

“It just comes down to trust, right?” he explained. “We have full trust in each other. Like, go dance your a– off with whoever the hell you’re gonna dance with, that’s great! But you have to have confidence in that. And for those relationships that did break, that’s a testament to the foundation and … it probably would’ve happened anyway.”

Kaitlyn Bristowe reveals there will be tests in their relationship

Kaitlyn, who has been vocal about issues in her previous relationships, knows that she will have her hurdles with Jason too. She knows that every relationship, no matter how perfect it may seem, will have trials and tribulations.

“There’s gonna be tests through every relationship, and I mean, if Dancing With the Stars is one, I’m not worried about it,” she said on the podcast.

“Every relationship will go through hard times and I think the hardest part for us is gonna be the fact that I’m like gone all day, we don’t see each other.”

Kaitlyn has revealed that she’s nervous about running into Shawn Booth in Nashville, not so much because she’s dating Jason.

She has revealed that she’s nervous because she feels that Shawn may be angry with her over their failed relationship and blames her for everything that went down between them.

Jason appears to be ready to marry Kaitlyn, as he asked Chris Harrison to officiate the wedding when they appeared on The Bachelor: The Greatest Seasons — Ever. The two are not engaged yet, but Jason appears eager and excited about the future with Kaitlyn.

The Bachelor: The Greatest Seasons — Ever airs Mondays at 8/7c on ABC.