Good Morning Britain hosts Kate Garraway and Ben Shephard welcomed Christian Stevenson, also known as DJ BBQ, and Sarah Jane Honeywell on to the show to debate whether BBQs should be banned in public places. Sarah Jane was insistent not everyone wanted to smell cooking meat but Christian argued BBQs helped us “evolve as humans”. As the debate went on, Kate was left feeling sheepish when she called Christian by the wrong name.

“You can make them smell of beef and all those sorts of things” Sarah Jane argued against public BBQs.

“You can enjoy it in your own little party rather than inflict it on someone else because that might not be their idea of fun.”

Kate remarked: “Well, I don’t think anything is going to stop Daniel.” 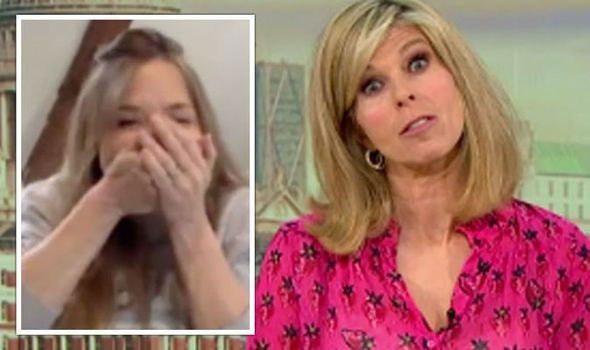 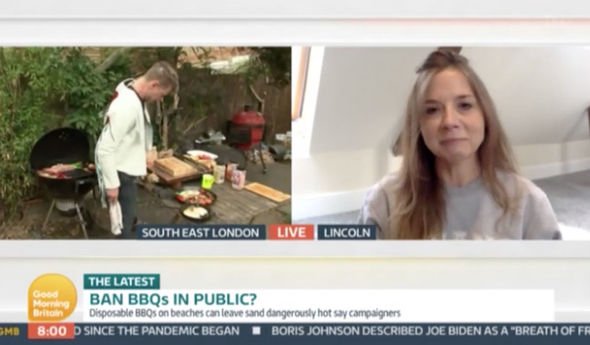 Ben replied: “Christian! I’m not sure who Daniel is?”

“You can call me Daniel it’s way better than what my kids call me,” Christian replied.

Kate was clearly flustered as she tried to compose herself while her guests had their heads in their hands.

Later in the show, Ben noted he was pleased Kate didn’t call Ranvir Singh by the wrong name leading to the host apologising once more. “I can’t apologise enough,” she stated. 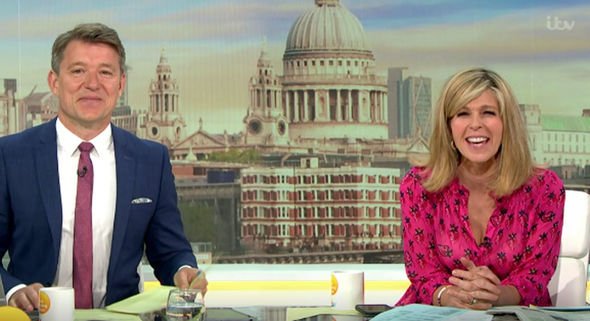 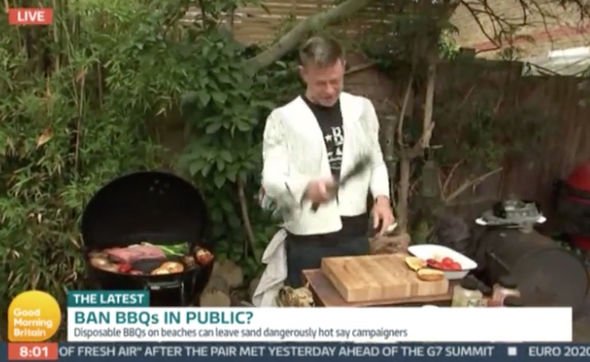 During the debate, Christian argued of BBQs: “It’s a great thing to do and you get people together.

“You get to cook over live fire, charcoal adds a wonderful flavour.

“If it wasn’t for barbecue, we wouldn’t have evolved as humans. We were chewing before the invention of fire for four and a half hours.

“BBQ is essential. Good food, good people, good times. Don’t ban BBQ plus if you do it right, you’re going to be good.

Ben noted: “I’m not sure we’ve ever interviewed someone who’s been armed with tongs and spring onions before.”

“I’m not sure that it’s safe to be BBQing with that fringing,” Kate commented. “Is it flame retardant fringing on your jacket.”

Christian went on to BBQ bacon and eggs with onions and peppers for breakfast with some bagels, while he revealed he’d also be cooking meat for 10 hours to serve in the evening.

“That looks good,” Kate remarked as the meat sizzled on the BBQ behind Christian.

Viewers were quick to take to Twitter to comment on the debate with one arguing: “This is pointless. A man who lives meat cooking on a BBQ in a garden.

“A woman who doesn’t like people cooking meat around her. Maybe a look at the disposable BBQs available, ways to lift them off the ground & use them safely in public & to leave no trace is what’s needed.”

Another argued: “I’m vegan & I love BBQs. Other people having BBQs doesn’t encroach on our lives. Banning it does.

“Although there should be heavy fines for those who do it dangerously, don’t have BBQs lifted off the ground or don’t clean up after themselves.”

Good Morning Britain airs weekdays on ITV at 6am.