On Sunday morning, Laura Kuennsberg took over the baton from Andrew Marr to front the BBC’s flagship Sunday morning politics show. Sunday with Laura Kuenssberg got off to an impressive start, bagging interviews with prime ministerial frontrunner Liz Truss and fellow Conservative leadership candidate Rishi Sunak, as well as boasting a panel of Emily Thornberry, Joe Lycett and former No 10 deputy chief of staff Cleo Watson. However. It was clear from the get-go that Joe was onboard to try derail proceedings.

Comedian Joe had set the tone prior to his appearance on Sunday with Laura Kuenssberg with a tweet to his 1.1million Twitter followers which read: “Really excited to be on this new version of Would I Lie To You.”

And Joe decided the best approach once the show was on the air was to take a deadpan and sarcastic approach to the questions and issues up for debate.

For instance, he weighed in: “’The haters will say that we’ve had 12 years of the Tories and we’re at the dregs of what they’ve got available and that Liz Truss is the backwash of the available MPs…

“But I wouldn’t say that, because I’m very right wing,” he quipped, prompting smirks from the likes of Emily and Cleo in the BBC studio. 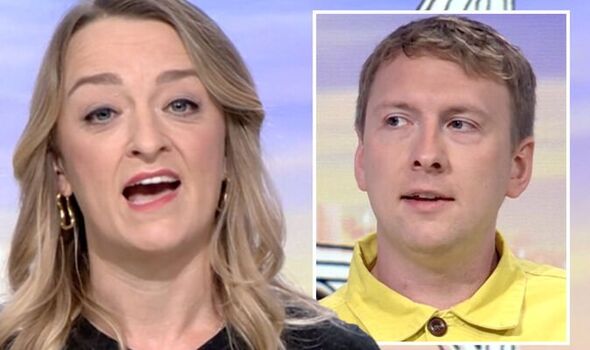 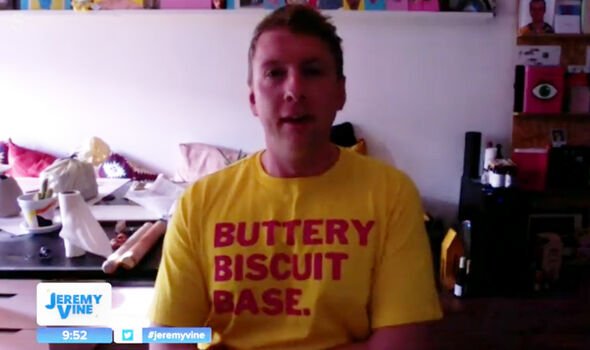 Despite Laura’s attempts to emphasise the “seriousness” of the topics at hand, Joe’s demeanour failed to waiver, again attacking the Tories with his dry wit.

Upon hearing Liz Truss’ interview responses, Joe continued later in the show: “Well, as Liz said there, it would be wrong to predict the future.

“Even though loads of people have predicted we’re going to have real issues with paying energy bills. I think she’s right to say, basically, let’s not predict. Let’s just see what happens next week!”

But despite seemingly doing his best to put a spanner in the works of the typically serious and, at times, fiery debate show, Joe has insisted Laura took his behaviour in a good light – and even offered him the chance to return. 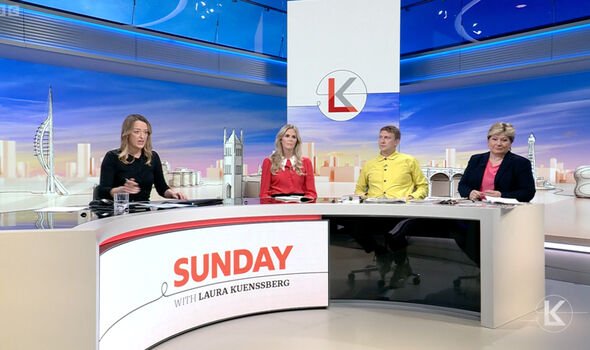 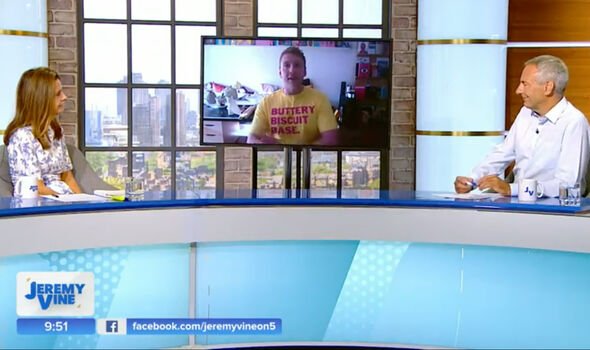 Joe told Jeremy Vine on his self-titled Channel 5 talk show on Monday: “I spoke to Laura afterwards and she said she would like to have me back.”

Jeremy had asked if Joe would seek the BBC presenter out to apologise for his antics but Joe explained: “I don’t think any apology was necessary, I think we’re on good terms.

“Which seems to suggest what Liz Truss is saying is ridiculous,” he added.

DON’T MISS:
TV licence fee: The groups who can get a discount on their BBC bill
Sue Barker left ‘gobsmacked’ when dropped from BBC Question of Sport
BBC’s George Alagiah in ‘extreme pain’ as ‘tumour site’ found

Joe even carried over his dry and jokingly newfound “right-wing” approach to Vine as he took aim at Liz Truss once more.

Holding up a copy of the Daily Mail which claimed Joe “mocked” the potential new PM, Joe replied: “I’m a bit disappointed because they’re saying I’m mocking Liz Truss which is the exact opposite of what I’m doing.

“I’m a supporter, I think she’s the absolute best of what we’re capable of, and she’s Thatcher 2.0 and I’m nostalgic for Thatcher, I loved Thatcher – she got rid of those wokey miners!

“Good job, Margaret. So I’m thrilled to have Liz as the new PM, I think it’s going to be a great time for this country – she’s going to fix it.”

When Jeremy weighed in to remind Joe of the gravity of the topics at hand – reminiscent of Laura’s approach – he kept to his comedic values.

“Well, I’m surprised the Daily Mail think I’m a comedian, most of their readership would probably not be laughing at me at any point,” he hit back.

“I’m very sincere, I think that… it sounds like, my insider says they’re going to cap prices paid for by government loans, which is great news because that means that the taxpayer will pay for it and it won’t go to the oil companies and the people that run them.

“And they can keep hold of their bonuses and enjoy their leather interiors in their cars. I think it’s great news for the country,” he signed off holding a glass aloft.

Jeremy Vine airs weekdays at 9:15am on Channel 5.