The $550 million renovation of Lincoln Center’s David Geffen Hall will be completed two years earlier than anticipated, with a re-opening now planned for Fall 2022.

In a joint statement released today by Lincoln Center for the Performing Arts and the New York Philharmonic, the cultural organizations said the acceleration of the project will “boost New York City’s economic recovery by creating jobs and opportunities,” with the renovation expected to provide near-term economic support by generating 3,000 construction jobs and more than $600 million in project-related economic activity.

In all, the project is expected to create 6,000 jobs throughout the City and State, the organizations said. 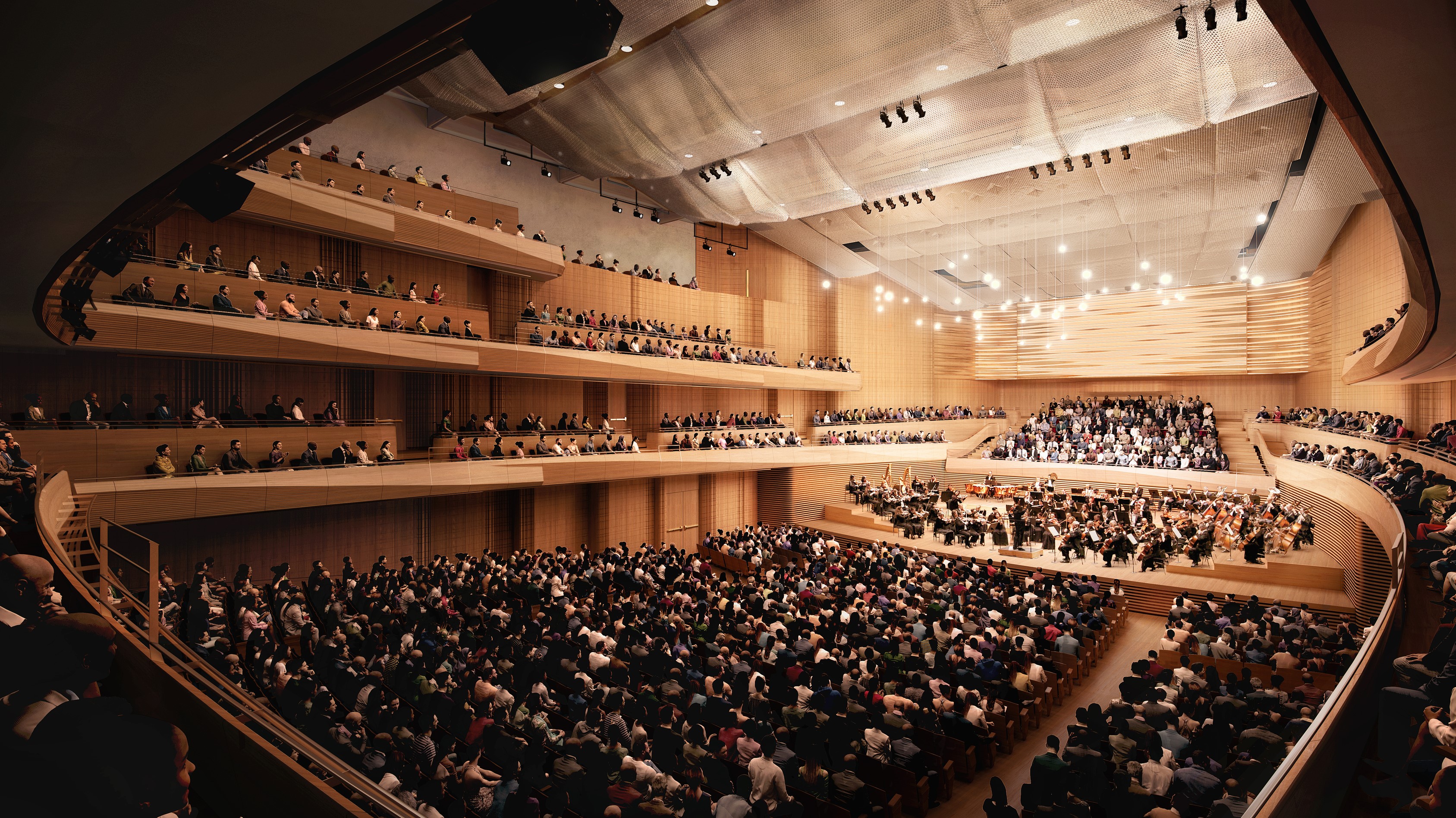 “The goal of accelerating this project is to invest in New York City at a time when we all have a part to play in its recovery,” said Katherine Farley, Chair of Lincoln Center for the Performing Arts.

Lincoln Center and the Philharmonic also announced today that $500 million, or about 90% of the estimated cost, has been raised, mostly through private sources. First Republic Bank is providing bridge financing support.

“Our accelerated renovation plan for David Geffen Hall allows us to make the most of COVID-19 closures to complete the renovation process faster and more efficiently, without stops and starts,” said Deborah Borda, President and CEO of the New York Philharmonic, said, adding, “We look forward to returning to David Geffen Hall and welcoming everyone to our new, state-of-the-art home in Fall 2022 … a major signal that New York City is back.”

The New York Philharmonic will perform a 2021–22 season, with full details to be announced in June. The orchestra will perform in several New York City locations pending the Geffen’s reopening.

The renovation will essentially create a new theater with a “single-room” concept, eliminating the proscenium and moving the stage forward by 25 feet. Audience seating will be wrapped around the stage, bringing “all seats closer to the performers and providing acoustical and visual intimacy.”

The new David Geffen Hall will have state-of-the-art HVAC systems, filtration and air purifying systems, antimicrobial technology integrated into select surfaces, and a number of additional improvements developed using recommendations from a variety of sources including the CDC, OSHA and the American Society of Heating, Refrigerating and Air-Conditioning Engineers.